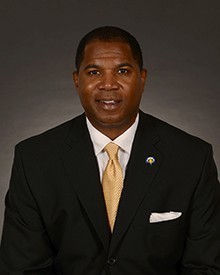 Morehead State University officials announced today (Tuesday, November 22) that head basketball coach Sean Woods has been suspended with pay, effective immediately.
“Resulting from complaints received, the institution has begun an investigation involving the head basketball coach. While we continue through the formal process, we believe it is prudent to suspend the coach until the investigation is finished,” said Brian Hutchinson, director of athletics. “Assistant Coach Preston Spradlin will serve as head coach in the interim until the investigation is completed. We have full confidence in Preston and his ability to lead our student-athletes both on and off the court. Since this is an ongoing process, we will be unable to comment further until this comes to a conclusion.”