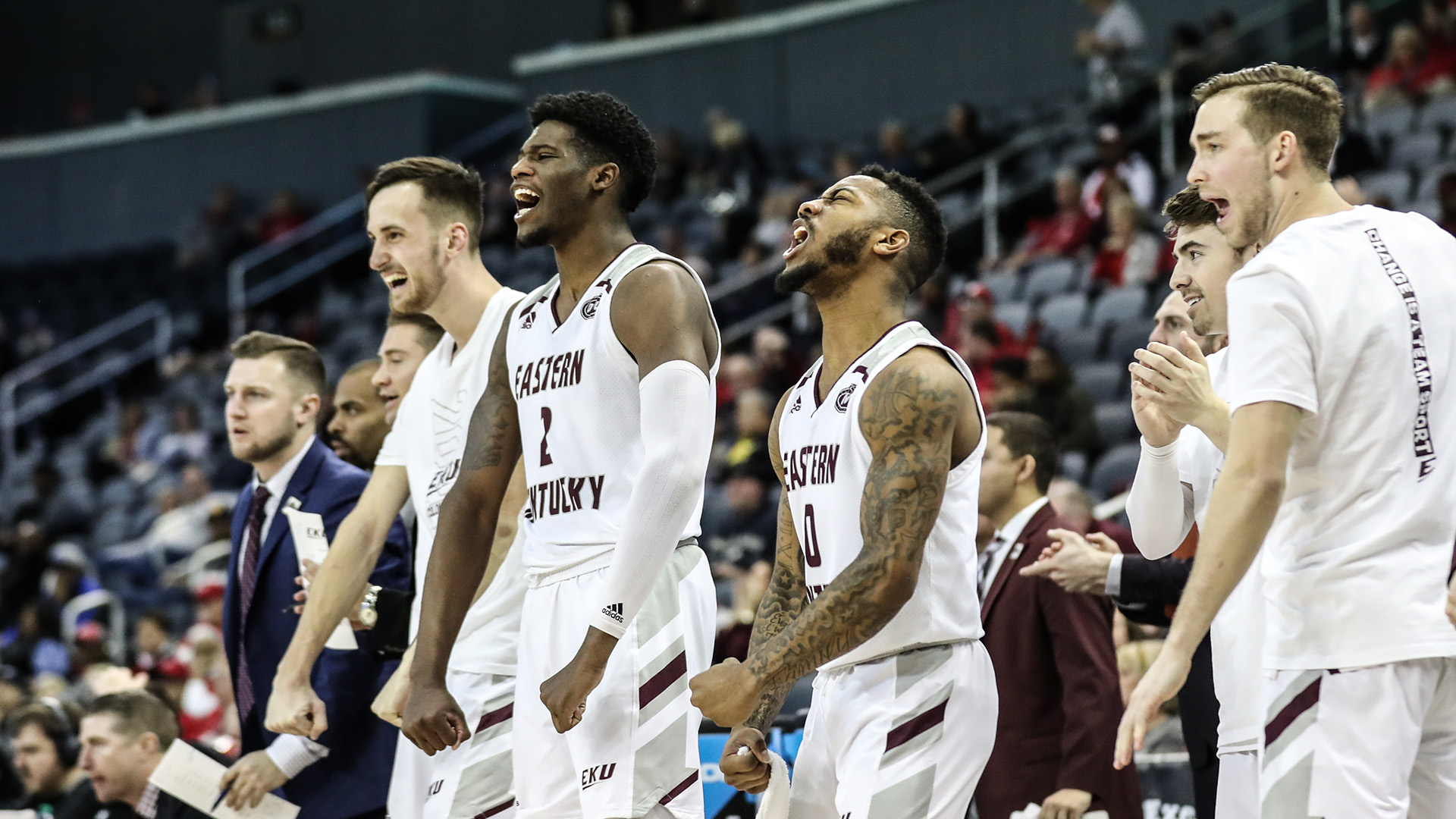 Freshman Michael Moreno scored nine points during Eastern Kentucky University’s 18-2 run early in the second half that fueled a 58-48 victory over Tennessee State University in the Ohio Valley Conference Tournament quarterfinals on Thursday at the Ford Center in Evansville, Indiana.

EKU will face No. 1 seed Belmont University in the OVC Tournament semifinals on Friday at 8 p.m. ET.  The game will air live on ESPNU.

Moreno capped the run with a 3-pointer and a free throw to make it 44-34 with 9:27 to go.  The Georgetown, Kentucky native had 10 points and seven rebounds in the second half after recording no points and one rebound in the first half.

Eight unanswered by Eastern later in the half pushed a 9-point lead, 47-38, to a 17-point advantage.  Two free throws from Tre King and one from Russhard Cruikshank made it 55-38.

Eastern shot just 30 percent from the field for the game, but turned 26 Tiger turnovers into a 20-4 advantage in points off turnovers.  The Colonels held Tennessee State (18-15, 9-9 OVC) to 38 percent shooting from the field, including just 3-of-18 (17 percent) from 3-point range.

Marshall had a team-best 11 points for TSU.