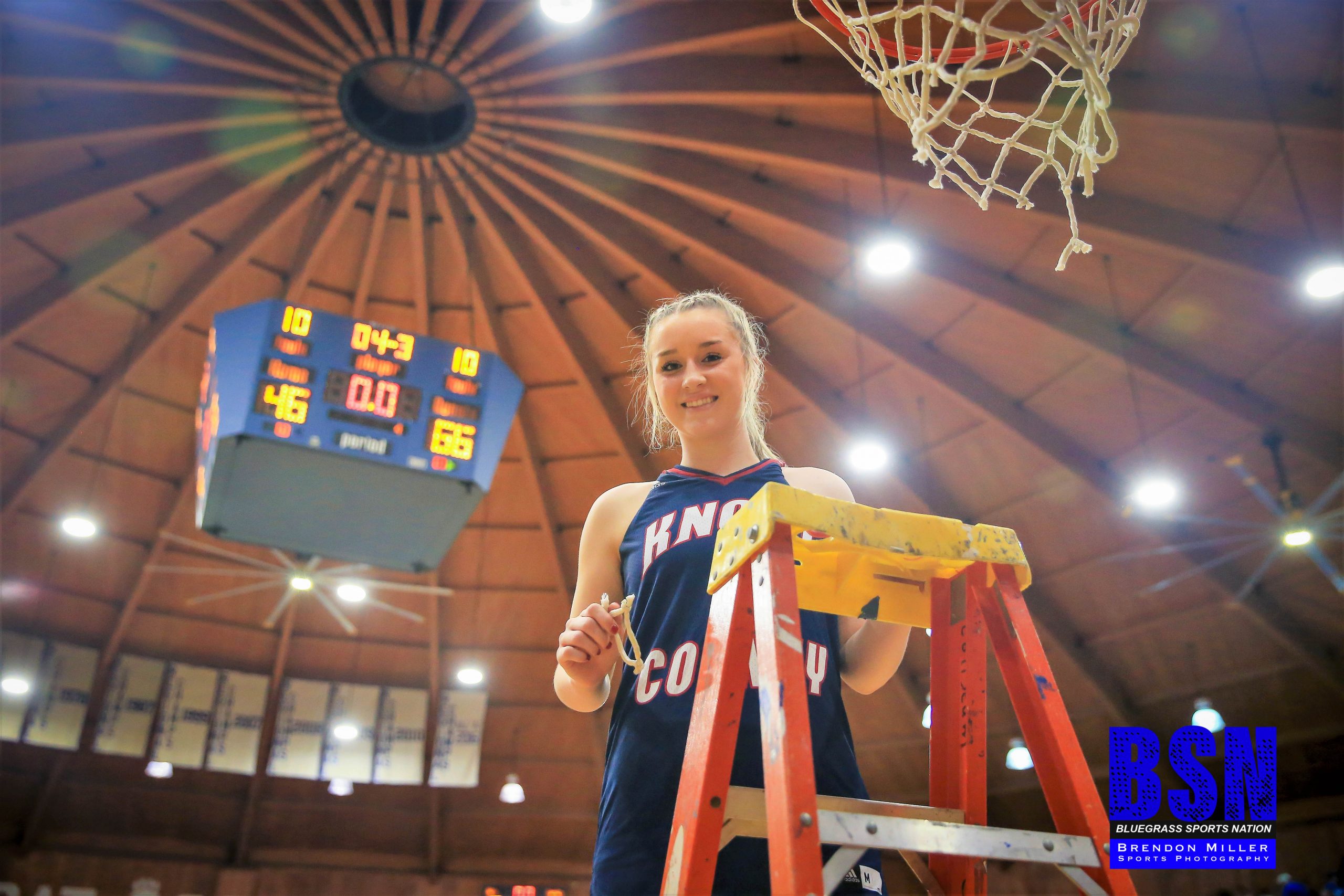 On Wednesday night, a large number of Knott County Central Lady Patriots fans filed into McBrayer Arena at Eastern Kentucky University to watch their team battle the Murray Lady Tigers. But ultimately, despite their efforts, the Lady Patriots fell short 49-39.

First Quarter:
Murray started the game strong and held a 10-4 lead with 4:08 to play. The teams were even throughout the rest of the quarter and Murray took a 14-8 lead into the second quarter. When you consider the fact that the Lady Patriots were just 2-of-12 from the floor in the first quarter, a six-point deficit isn’t that bad. Their ability to go 4-of-4 from the free-throw line and not commit any turnovers is what kept the score so close.

Second Quarter:
The Lady Patriots continued to struggle offensively in the second quarter as they were 2-of-11 from the floor. Murray went 4-of 13 from the floor and held a 24-13 lead at halftime.

Fourth Quarter:
Despite their efforts, Knott Central was never able to cut the Lady Tiger lead down to single digits. In the end, Murray walked away with the victory, 49-39.

Analysis:
Ultimately, the Lady Patriots took high-quality shots, but their inability to convert in the lane prevented them from getting the victory. Officially, they were just 3-of-15 on layups.

Keara Mullins had a sensational game. Mullins led all scorers with 21 points on 8-of-16 shooting from the floor, which included going 3-of-4 from 3-point range. To top it off, Mullins led all players in several other categories with eight rebounds (tied-1st), three offensive rebounds (1st), four steals (1st), and accounted for two of her team’s four assists.

What’s Next?
The Lady Patriots next game is on Jan. 28 against Leslie County. The game will be played at Knott County Central and is scheduled to begin at 7:30 p.m.