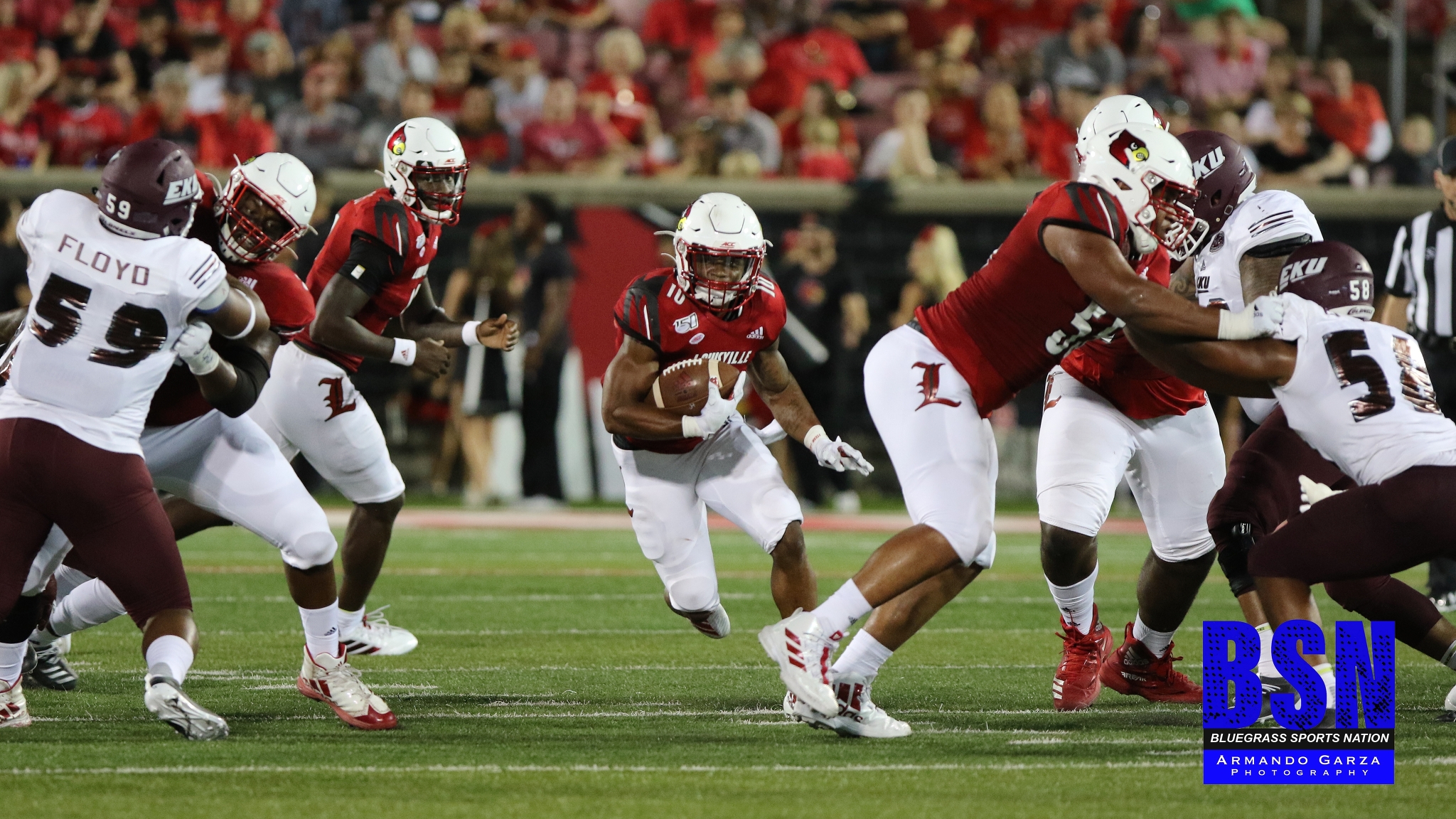 CARDS win 42-0, defense shuts-out an opponent for the first time since FIU in 2013

Kids, these days, have opportunities to develop into elite athletes more now than at any prior point in sports history. The offseason training, camp, and development opportunities, together with the 85 scholarship limits on FBS institutions, are why we see, seemingly on a regular basis, games being hotly contested where they would have certainly been routs in previous seasons.

Ask Michigan, who was pushed to overtime before overcoming the United States Military Academy. Ask Florida State, who had to take Louisiana-Monroe to overtime before winning 45-44, ask 25th ranked Boise State who fought to fend off Marshall’s Thundering Herd, 14-7. For that matter, ask Tennessee, who dropped its season opener to Georgia State.

The days of taking an opponent lightly in college football appear long-gone. There are literally FBS-level players all over the FCS who feel overlooked and are looking for opportunities to get even.

Enter the Eastern Kentucky University Colonels. They were fresh off a 53-7 opening win over Valparaiso, and a team which entered the contest having played Louisville on 27 prior occasions, winning 8 of the previous games and playing a ninth game to a draw.

EKU was set to play a Cardinals’ team playing its second game under a new regime and coming off a 35-17 loss to No. 9, Notre Dame. The Notre Dame game would mark the first time, in a span going back to the last seven games of 2018, a Louisville defense wouldn’t have 50 or more points scored against it.

Would this game be the perfect storm? Was this encounter rife with upset opportunities lain in front of the upstart OVC team from Richmond, Kentucky? Well, not this year, not this time, not this Cardinal team.

The Cardinal offense rode 542 total yards (220 passing/322 rushing), and Jawon Pass’s career best 4 TD passes, to the type of victory over a FCS opponent one would expect to see from an ACC football team. Especially an ACC-team with aspirations spanning beyond its preseason predicted finish of last in the Atlantic Division.

As brilliant as the offense was, with Pass’s 12-19 for 196 passing yards with 4 TDs, offset by only one thrown interception, together with his 37 rushing yards in 4 carries and freshman, Javian Hawkins’s 123-yards rushing, in 11 carries, for his second consecutive 100-plus yard rushing performance, or even the brilliance of TuTu Atwell, who seemed to provide explosive plays all over the field, this was a day highlighted by the defense.

Yes, the same defense which was much maligned last season, and from which no-one outside of the locker-room figured to provide much more resistance to opposing offenses than a stiff Autumn breeze.

The Louisville defense would shut out a spread attack which had posted 53 points just last week. The defense would limit the Colonels to 172 total yards, 42 through the air and 130 on the ground.

The defense would limit EKU to converting only 6 of its 17 third down opportunities, neither of the two-times it attempted to convert on 4th down, and would limit the Colonels to 2.9 yards per-play-average over 59 total plays. Louisville would also sack the QB 5 times on the evening, make a whopping 10-tackles behind the original line of scrimmage, and would harass the QBs and RBs all evening, in the offensive backfield, even where they weren’t being dropped for drive-stopping losses.

Yes, this performance, regardless of against whom it was registered, was literally night and day from anything we saw from this Cardinal football team just a year ago. This team was more efficient than the one we saw just last week, committing only 5 penalties on the evening for 30 penalty yards and turning it over only the one time Pass’s pass was caught by someone on the other team.

Well, the fact is we now live in a time in college football where there are no easy wins. Nowadays, there are no off weeks. Literally, anyone can beat anyone else on any given night.

On a night of near-upsets, and ever so thin escapes, from some of college football’s elite programs, the Cardinals took the field and dispatched of EKU in the exact fashion one would expect of an ACC team. Whether this Cardinal team will far exceed what was forecast for it preseason or not, it might be too early to tell. What we can very plainly see is this performance was night and day different from what it likely would have been a season ago.

Reporting for the Bluegrass Sports Nation, I am Fletcher Long, your Louisville Football corespondent, reminding all of Cardinal Nation to continue to PLAY THROUGH THE WHISTLE.