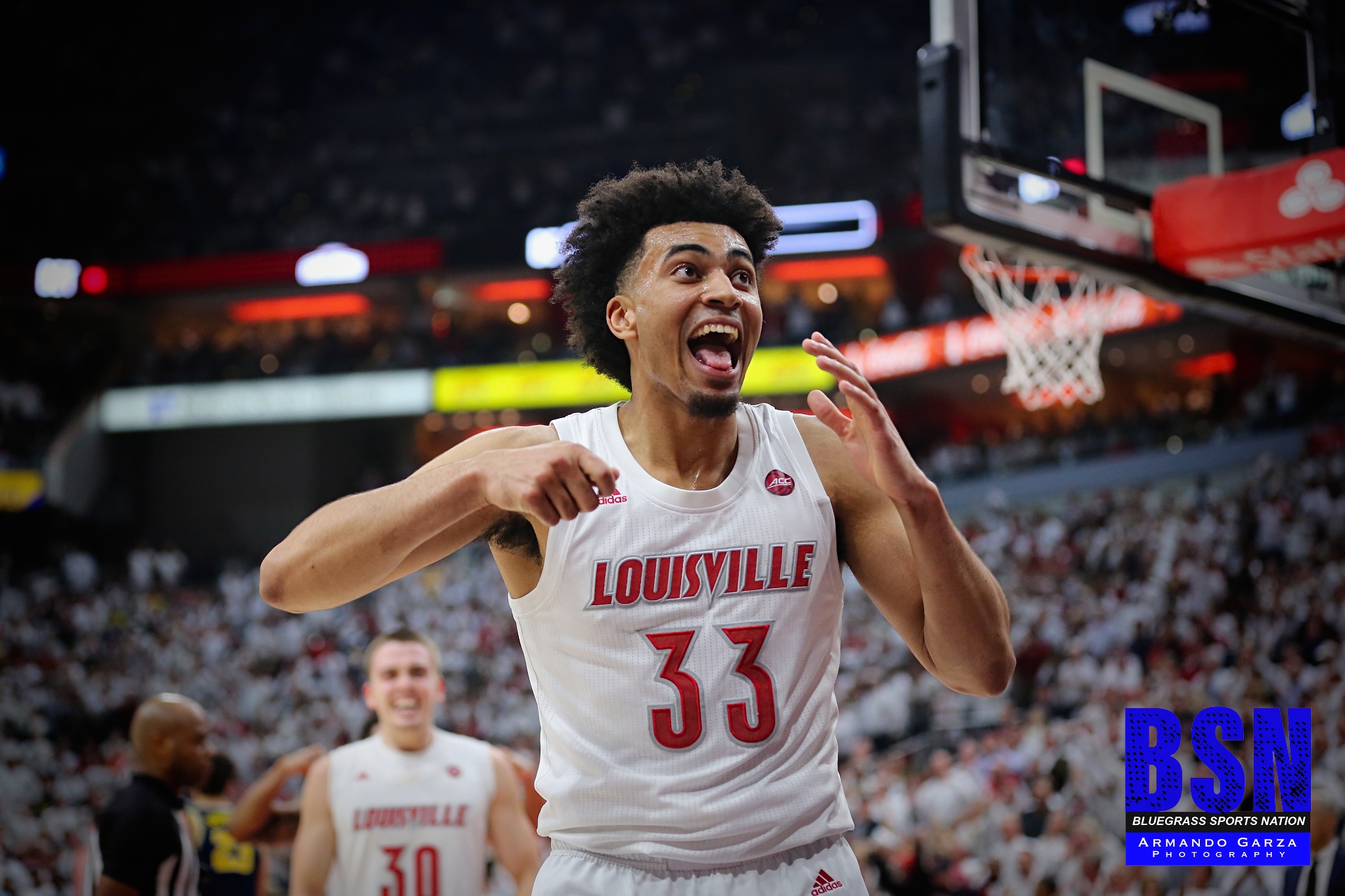 Jordan Nwora leads the Cards with 22 points and 12 rebounds

Jordan Nwora had 22 points and 12 rebounds, and top-ranked Louisville held No. 4 Michigan to a season-low 26% shooting mark for a 58-43 victory Tuesday night in the Big Ten/ACC Challenge in its first game since returning to No. 1.

The Cardinals (8-0) shot just 37% but their defense stifled Michigan (7-1) much of the night as they earned a signature victory one day after claiming the top spot in the AP Top 25 for the first time in six years. Though second-year coach Chris Mack has downplayed rankings, the win was significant for a program he has guided back into the national championship discussion.

The Cardinals also kept the Wolverines and first-year coach Juwan Howard from adding another top-10 upset to the ones that helped them enter the Top 25 and match Kansas (1989) for the biggest jump from being unranked in the 70-year history of the poll.

Steven Enoch had 10 points and 10 rebounds, and Dwayne Sutton had 11 boards as Louisville topped Michigan 48-41 in that category.

POLL IMPLICATIONS
Louisville backed up its high ranking with the signature win it sought. Michigan could fall a few spots but can stay in the Top 10 by beating Iowa this week.

BIG PICTURE
Michigan: After a strong shooting stretch that keyed wins over No. 6 North Carolina and No. 8 Gonzaga, the Wolverines fell back to Earth. They began 2 of 13 from the field and never really recovered.

Louisville: The Cardinals weren’t sharp by any means but passed their first big test against high-profile competition. Their defense limited chances inside and forced Michigan into perimeter shots that often missed.

UP NEXT
Michigan opens Big Ten play at home against Iowa on Friday.