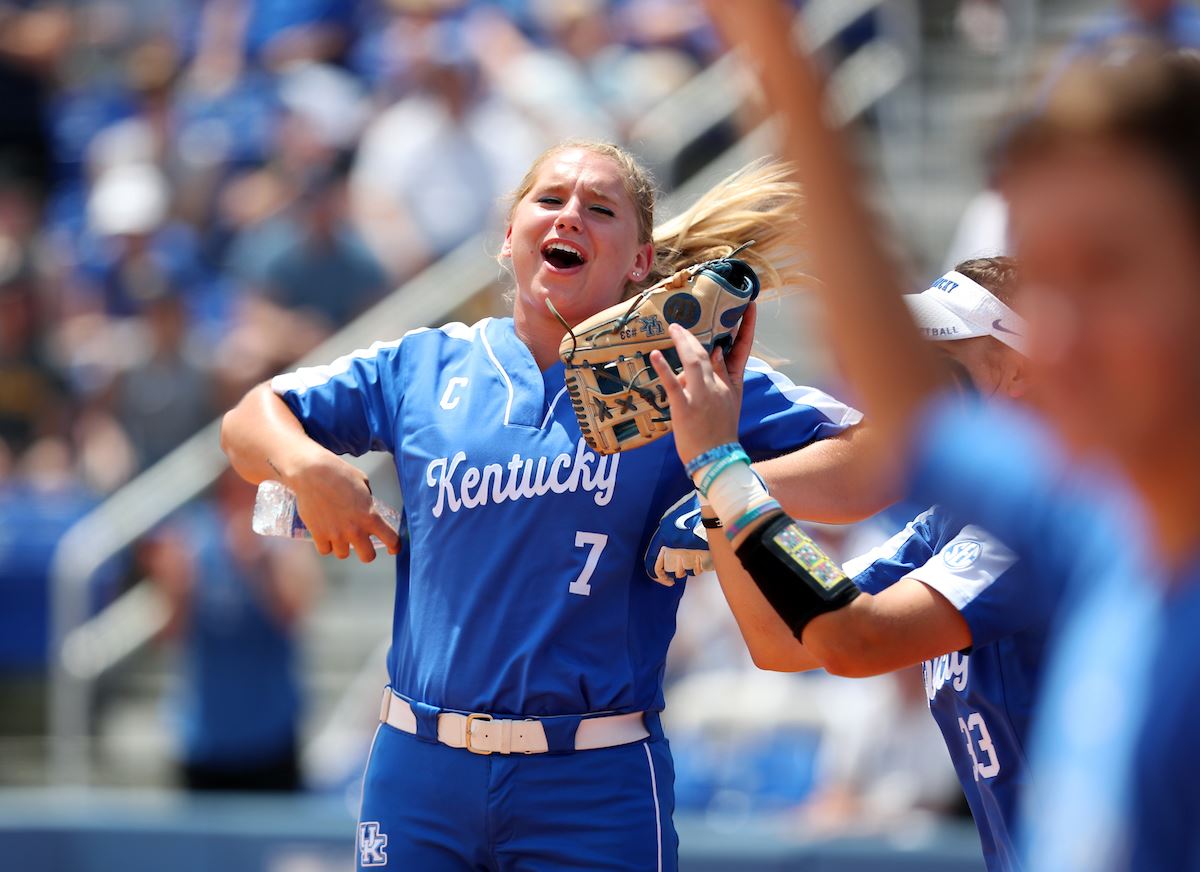 TEMPE, Ariz. – The No. 10 Kentucky softball team played an epic, three-hour dual with Boise State, ultimately scoring five times in the bottom of the sixth inning to win 16-14 in one of the highest-scoring games in program history.

With the win, Kentucky improves to 5-0 on the season for the first time since 2014.

The Wildcats had a seven-run lead at one time, needing one more run to end the game at 11-4 in the bottom of the fifth inning, but in the sixth, the Broncos hit two grand slams and Kentucky used three pitchers, giving up nine runs in the inning as BSU re-claimed the lead 13-11. UK then responded with five runs off of six hits in the bottom half of the sixth to win the game.

Grace Baalman got the win in the circle for UK, and she improves to 2-0 on the season. Miranda Stoddard started the game for UK and went two complete innings, with Autumn Humes pitching 3.1 innings and Larissa Spellman facing a pair of batters in the game.

UK faces No. 21 Arizona State tonight at approximately 10 p.m. ET in the finale of day one at the 2020 Littlewood Classic.

Key Stat
16. The 16 runs scored by Kentucky was two off of the school record, set in 2013 against North Carolina.

Key Play
The key play in the game was Renee Abernathy’s three-run home run in the bottom of the third inning. It was her first-career home run, and came less than a week after registering her first-career hit against Minnesota on Sunday afternoon in Clearwater.

Key Player
Kayla Kowalik was the key player in the game, going 4-for-5 at the plate with an RBI, walk and three runs scored. Kowalik is now hitting .444 on the season and has registered two or more hits in three of UK’s five games this year.

Run Recap
Boise State got on the board first, with three runs in the top of the second inning. All with two outs, the Broncos strung together four hits in a row including a home run, all with two outs to put BSU ahead, 3-0. BSU 3, UK 0

Later in the bottom half, Kayla Kowalik swung open the UK offense with a RBI double into the left-center gap, to score Bailey Vick. Alex Martens then cleared the bases with a three-RBI double to left and two outs to put UK on top in the game. UK 4, BSU 3

In the bottom of the third inning, Renee Abernathy launched her first-career home run to right field, scoring Jaci Babbs and Autumn Humes, who both preceded her at bat with walks to extend the UK lead. UK 7, BSU 3

The Broncos climbed to within three runs in the top of the fifth inning on a defensive error for UK, its second of the game. UK 7, BSU 4

The bottom of the fifth saw UK respond again, as a lead-off walk by Abernathy and a single by Kowalik put runners on the corners with no outs. Rylea Smith grounded out to the left side to score Bailey Vick, who re-entered for Abernathy to score. Alex Martens followed that up with a double on the first pitch to score Kowalik and Kentucky took a 9-4 lead. Mallory Peyton then took a pitch out to straight-away center for her second home run in as many games and Kentucky increased its lead to 11-4. UK 11, BSU 4

Kentucky self destructed in the top of the sixth inning, allowing nine earned runs on just five hits, struggling in the circle with walks and the Broncos made the Wildcats pay with two grand slams in the inning. The nine runs was the most allowed in a single inning this season. BSU 13, UK 11

Kentucky would not be outdone, as it put up a five spot in the bottom half of the frame to turn a two-run defecit into a three-run lead going into the seventh inning. Tatum Spangler started the inning with a single, and Autumn Humes brought her home on an RBI double. Vick doubled down the left field line to tie the game at 13-13 before the lineup turned over for Kowalik, who striped a double into right center, scoring Vick. Kowalik, Smith, Johnson and Martens all followed with hits and Kentucky took a 16-13 lead into the bottom of the seventh. UK 16, BSU 13

In the top of the seventh, the Broncos got a run off a lead-off double and two-out RBI single, but a grounder to the circle ended the game. FINAL – Kentucky 16, Boise State 13