No. 13 Kentucky Falls to Florida 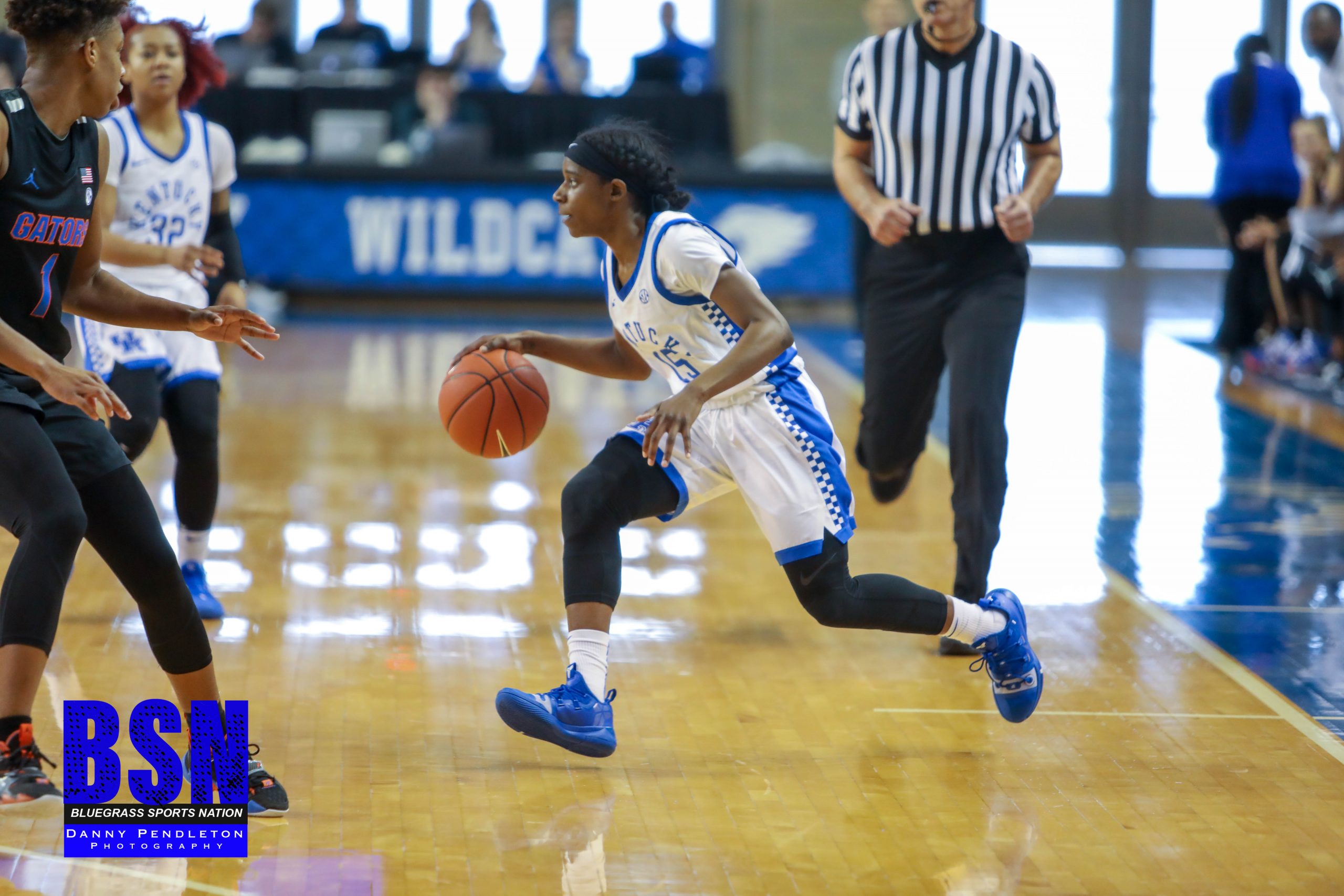 The Cats, playing their third game in six days and their second without leading scorer Rhyne Howard, led by as many as 14 points in the first half before a second-half rally by the Gators proved to be enough to win.

Patterson hit nine of her 18 shot attempts, including one of six from behind the arc, and six of eight from the line for her 25 points. Senior Jaida Roper was the only other Wildcat in double figures, scoring 15 on the day.

The Cats forced 24 Florida turnovers and scored 25 points off those miscues. But Florida’s three-point shooting, especially in the second half, turned out to be the difference. The Gators made seven of 11 (63.6 percent) from behind the arc in the final 20 minutes.

Florida hit its first three shots of the game to grab an early 6-2 lead. But Roper scored four in a row to tie the game at 6-6 with 6:08 left in the first period. Roper scored Kentucky’s first six points in the game.

Kentucky took its first lead of the game on a pair of free throws by Chasity Patterson with 4:54 to play in the first period. The Cats would extend the lead to 10-6 on a layup by KeKe McKinney. Florida would stop UK’s 8-0 run on a basket by Nina Rickards with 2:29 to play in the quarter. But Kentucky would close the quarter on a 7-1 run, including five points from the line, to lead 17-9 after 10 minutes of play.

The Cats scored the first four points of the second period, on a jumper by McKinney and a layup by Patterson, to lead 21-9 with 7:14 to play in the half. After Florida got a free throw from Emanuely de Oliveira, McKinney hit a three from the left side, the first of the game for either team from behind the arc, to give UK a 24-10 advantage.

Florida (12-10, 3-6) would mount a run, scoring the next nine points over the course of 3:44 to get within 24-19. But Kentucky would score the last five points of the half, on a free throw by Roper and baskets by Haines and Ogechi Anyagaligbo, to take a 29-19 lead into the half. Roper and Patterson each had nine points for the Cats in the first half.

The Gators opened the third period on a 7-2 run to cut the deficit to 31-26 with 7:13 to play in the period. The Cats would score the next four points, all by Patterson, before Florida’s Brylee Bartram nailed a three from the corner to cut the UK lead to 35-29.

Florida would keep cutting into the lead, using a 7-2 run to get within two, 41-39, with 1:57 to play in the third. The Gators would get within one on two occasions late in the quarter, but Kentucky would lead 46-43 at the end of the quarter after Anyagaligbo converted a layup with two seconds remaining.

In the fourth quarter, it was Kentucky that scored the first five points, including three straight from Patterson, to extend the lead to 51-43 with 7:31 to play. But from there, Florida mounted a 13-2 run to lead 56-53 with 4:41 to play. After a Haines free throw got the Cats within two, De Oliveira scored on a layup, which was followed by a Kentucky turnover and then a layup from Lavender Briggs to give the Gators a 60-54 advantage with 3:21 to play. The Gators would eventually lead by as many as 11 before settling for an eight-point victory.

Briggs led the Gators with 18 points.

Kentucky returns to action on Thursday, hosting Alabama at Memorial Coliseum. Tipoff is set for 7 p.m. ET and the game can be seen on SEC Network Plus.