No. 13 Kentucky Looks to Bounce Back Sunday vs. No. 22 Tennessee 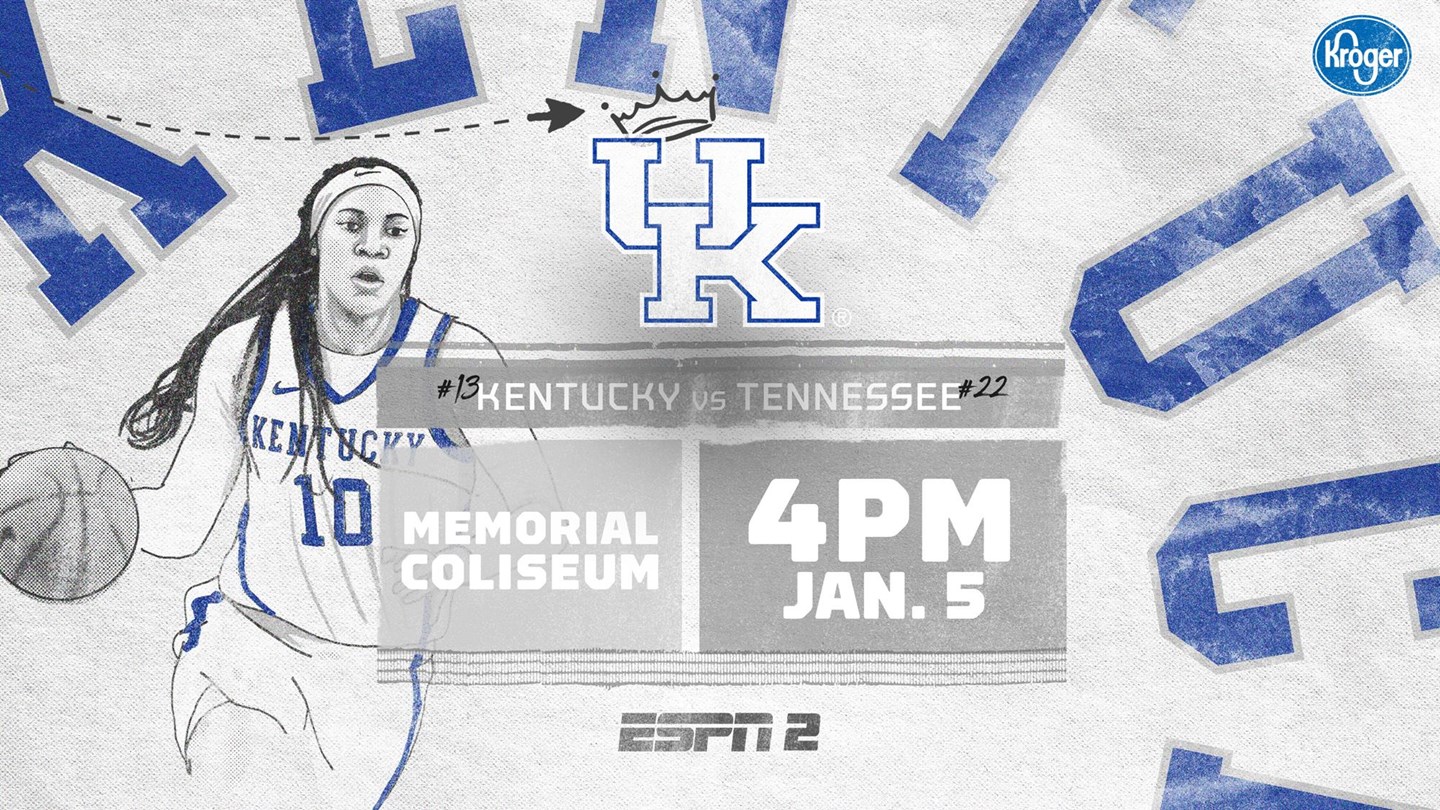 LEXINGTON, Ky. – Looking to shake off dropping its Southeastern Conference opener Thursday at No. 4 South Carolina, the No. 13 University of Kentucky women’s basketball team returns to Memorial Coliseum for the first time in nearly a month as it faces No. 22 Tennessee on Sunday at 4 p.m. ET.

Fans are encouraged to take advantage of $3 general admission tickets using the promo code FAMILY at ticketmaster.com. The special $3 ticket price is only valid online and will end at 2 p.m. ET Sunday. Young fans are encouraged to take advantage of the Kid Zone pregame with games, poster making stations, coloring stations and more. Sophomore guard Rhyne Howard is scheduled to sign autographs on the concourse following the game.

The game vs. Tennessee will be broadcast on ESPN2 with Courtney Lyle and Carolyn Peck on the call. The action can also be seen through WatchESPN on computers, smartphones or tablets. Darren Headrick will have the call on the UK Sports Network on 630AM WLAP in Lexington. Live stats and free live audio will be available online at UKathletics.com.

Kentucky (11-2, 0-1 SEC) is coming off a loss to No. 4 South Carolina on Thursday, falling 99-72 to the highly ranked Gamecocks, who shot over 60 percent from the field while the Wildcats hit 40 percent. Offensively, Kentucky was able to score in the second half, posting 44 second-half points with its 72 point total being the highest it has scored on the road this season and the most points South Carolina has allowed in a game this season. Sophomore guard Rhyne Howard paced Kentucky by scoring a game-best 28 points adding six rebounds and two assists. Junior guard Chasity Patterson scored a career-best 15 points with three steals while senior guard Amanda Paschal had 13 points and three steals.

Tennessee (11-2, 1-0 SEC) enters Sunday’s game on a three-game winning streak after starting league action with a 77-66 home win against Missouri on Thursday. In the game, the Lady Vols shot 50 percent from the field and were 5-of-11 from long range with senior forward Lou Brown hitting three of those from distance. Junior guard/forward Rennia Davis led the way scoring 19 points with 12 rebounds for a double-double, while freshman center Tamari Key had 16 points going 8-of-11 from the field. Freshman guard Jordan Horston had 13 points while sophomore guard Jazmine Massengill had 12 assists. The Lady Vols turned the ball over 126 times and Missouri scored 12 points off those miscues.

Tennessee leads the all-time series in games played against Kentucky, 55-12, including a 22-9 mark in games played in Lexington. UK’s last win at home against Tennessee was a 64-63 victory in Memorial Coliseum on Jan. 25, 2016. The Wildcats won the last meeting between the two teams, earning a thrilling 73-71 win in Knoxville last season. The Lady Vols have won six of the last eight meetings in the series but half of Kentucky’s all-time wins against the storied UT program have come under Mitchell.

Since SEC play began in the 1982-83 season, the Wildcats are 18-20 in SEC openers all-time, including Thursday’s loss at South Carolina. Kentucky is 24-13 all-time in SEC home openers, including a 9-3 mark under Mitchell.