No. 14 Kentucky Has Quick Turnaround Sunday at Florida 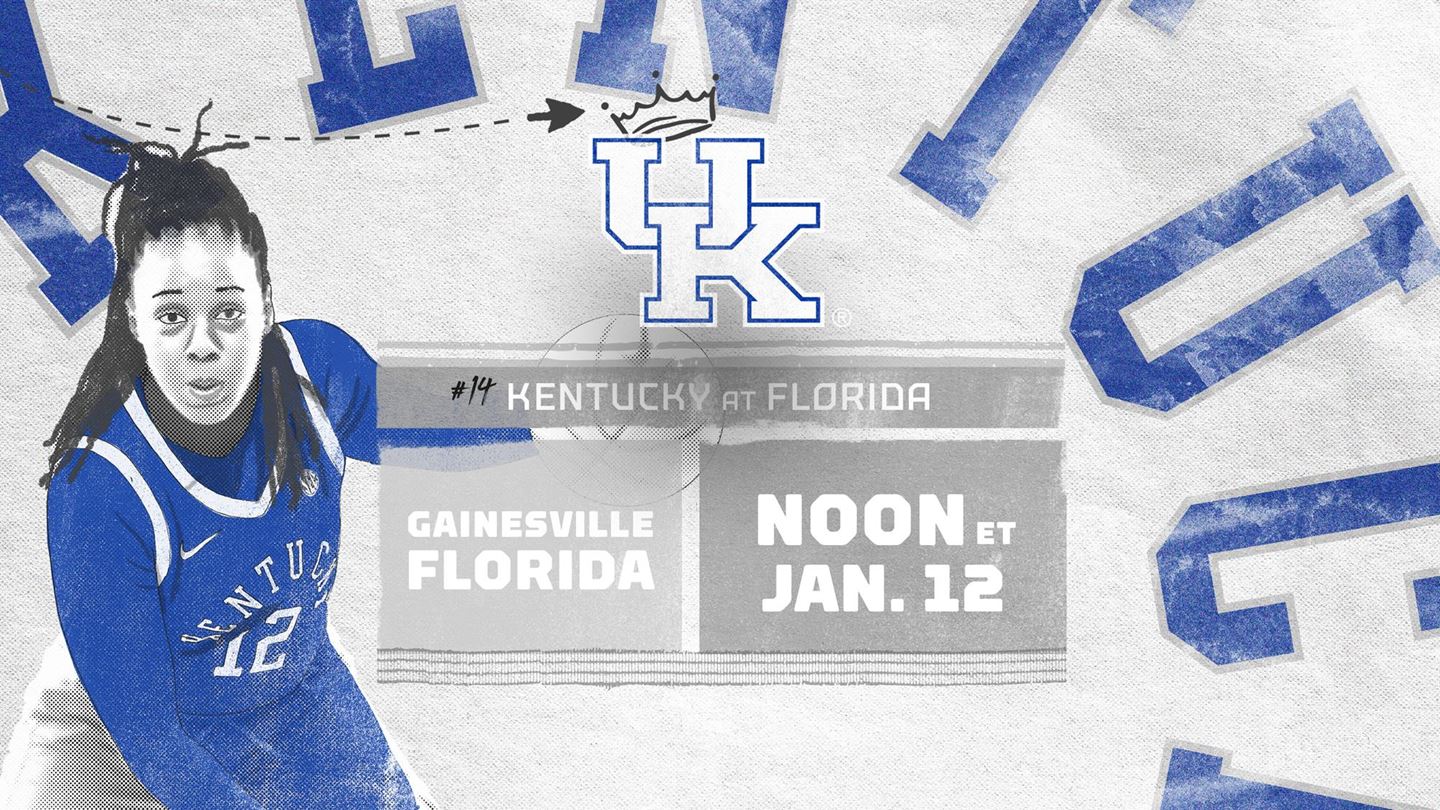 LEXINGTON, Ky. – It’s back on the road again for the No. 14 University of Kentucky women’s basketball team as the Wildcats will travel away from Lexington for the fourth time in the last five games when it faces Florida on Sunday at Noon ET in the Stephen C. O’Connell Center.

Sunday’s game will be televised on ESPNU with Eric Frede and Christy Thomaskutty on the call. The action can also be seen through WatchESPN on computers, smartphones or tablets. Darren Headrick will have the call on the UK Sports Network on 630AM WLAP in Lexington. Live stats and free live audio will be available online at UKathletics.com.

Kentucky (13-2, 2-1 SEC) is coming off back-to-back wins in league play, taking down top-25 ranked Tennessee last Sunday in Memorial Coliseum before its 81-71 victory at Alabama on Thursday. It was UK’s 3-point shooting and star guard Rhyne Howard that led the way in both contests. The Wildcats hit 13 3s against the Lady Vols and followed that with a school-record 16 treys against Alabama. Howard hit seven 3s in both games, scoring 37 points against Tennessee while she had a school-record tying 43 points at Alabama becoming the first UK player ever to record 37 or more points in consecutive games.

The performances by Howard are part of five straight 25+ scoring games for the sophomore, who is the first player in program history to scored 25 or more points in five straight games. UK has scored a combined 233 points in its first three SEC games, which is the most points scored in the first three games of league action for Kentucky since scoring 252 in 1982-83. As a team, UK is averaging 74.0 points per game shooting 42.4 percent from the field and 38.8 percent from long range. The UK defense is limiting teams to 55.3 points per game thanks in part to a +9.1 turnover margin that ranks fourth nationally.

Florida (11-5, 2-1 SEC) enters Sunday’s game having won three of its last four games, including back-to-back league games. After starting with a 93-47 loss at top-15 ranked Mississippi State, the Gators earned a 68-60 win over Vanderbilt at home last Sunday and most recently took down Auburn on the road, 83-63 on Thursday. Five Gators scored in double figures against the Tigers with freshman guard Lavender Briggs scoring a game-high 19 points with three 3s while redshirt junior Kiara Smith had 15 points and freshman guard Nina Rickards added 13. Sophomore guards Kristina Moore and Ariel Johnson were also in double figures at 12 and 10 points, respectively. UF hit 10 3s in the game and went 32-of-52 from the field overall for 61.5 percent.

Kentucky and Florida will meet for the 57th time in program history Sunday with UK leading the all-time series 31-25. The Wildcats hold a 12-10 mark in games played in Gainesville.

The Wildcats have won four straight games in the series but have lost two of the last three games played in Gainesville. Matthew Mitchell is 13-4 against the Gators as a head coach at Kentucky. Mitchell served as an assistant coach at Florida under Carol Ross beginning in 2000. He stayed at Florida to serve under then-new UF Coach Carolyn Peck during the 2002-03 season.

Last time against Florida, Howard scored 16 points and Taylor Murray added 13 as Kentucky topped Florida 62-51 at Rupp Arena on Feb. 3, 2019. Kentucky also got 10 points and a career-high seven assists from Maci Morris. The Wildcats won despite shooting just 31.7 percent (20-63) from the floor in the game, including just five of 20 (25 percent) from behind the arc. Kentucky forced 24 Florida turnovers in the game, turning those into 31 points. The Cats also had a big advantage in second-chance points, outscoring the Gators 16-8. Florida shot 45 percent from the field and went 7-of-20 from 3 getting 20 points from Danielle Rainey and 10 points from Delicia Washington.