No. 16 UK Prepares for Nationally Televised Matchup at No. 4 IU 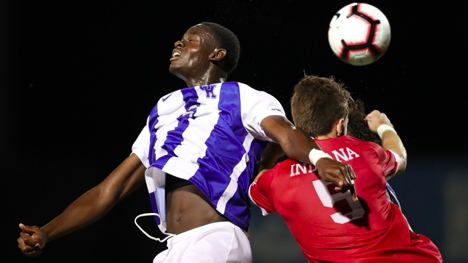 The Cats triumphed 3-0 over the Hoosiers a year ago in the programs’ last meeting, earning their first victory over the eight-time national champions since 1995.

Kentucky is led on the season by 2019 C-USA Preseason Co-Offensive Player of the Year Kalil ElMedkhar, who totes a team-best 11 points by way of four goals and three assists. Sophomore forward Daniel Evans follows closely with three goals and three assists, including the game-winning service to Brock Lindow in the Cats’ 1-0 win at ETSU last Saturday.

With the help of first-year starting defender John Michael Bandy and C-USA Preseason Defensive Player of the Year Aimé Mabika, UK goalkeeper Enrique Facusse picked up the fifth overall shutout of his junior campaign in last weekend’s victory over the Buccaneers after leading the nation with 14 clean sheets in 2018.

Both Kentucky and Indiana are seeking their first wins of the season over an opponent ranked in the United Soccer Coaches Top 25, with each previous opportunity resulting in a tie. The respective lone losses for each team came on the road, and both sides have been on the wrong side of one shutout.