No. 2 Louisville Rallies Past USC Upstate 76-50 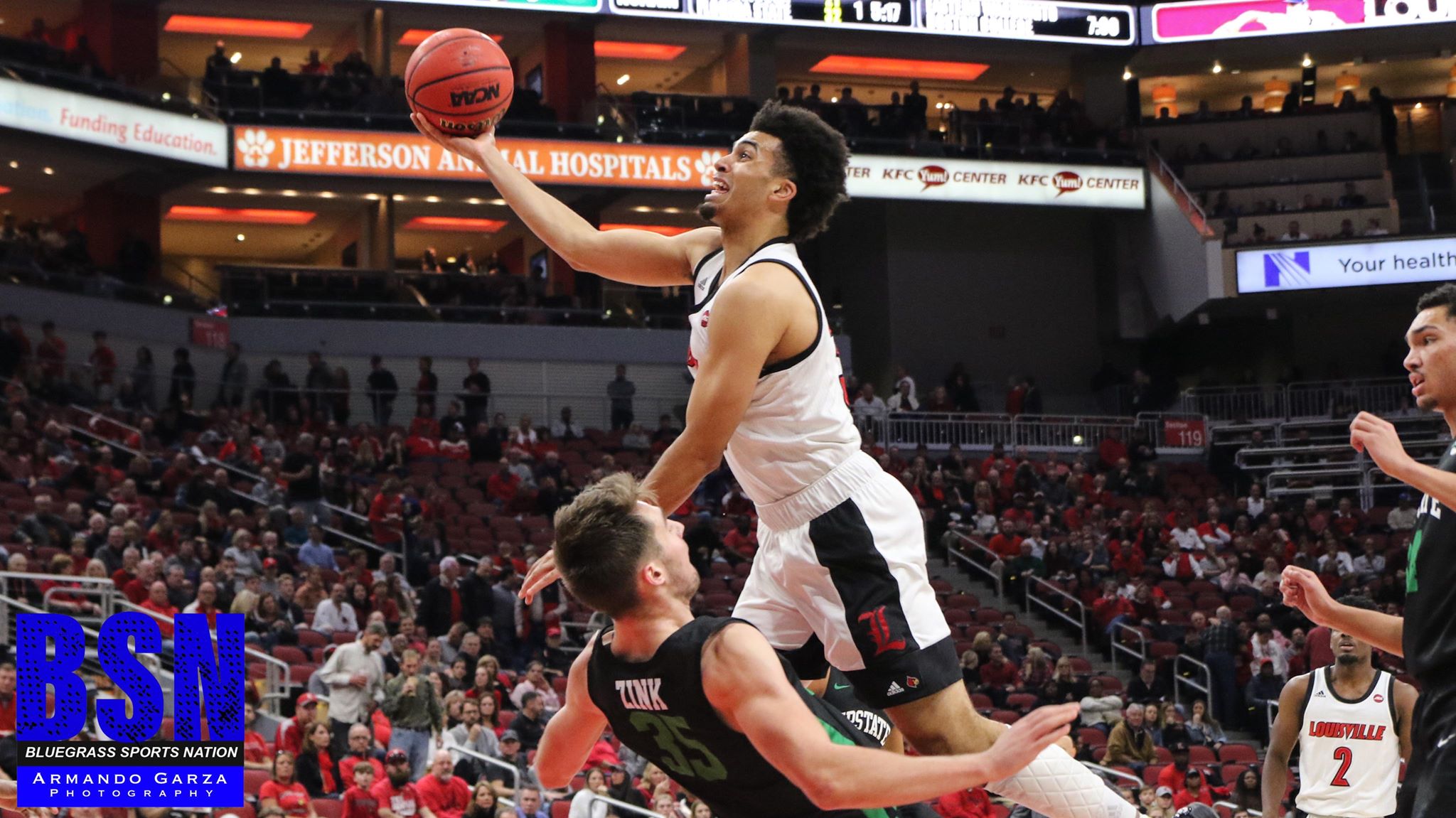 Jordan Nwora finished with 28 points and nine rebounds in the victory.

Ryan McMahon made consecutive 3-pointers and Dwayne Sutton and Darius Perry had one each during a second-half surge that rallied No. 2 Louisville past USC Upstate 76-50 Wednesday night.

Trailing the determined Spartans 43-40 with 14:07 remaining, Sutton’s 3 tied it before McMahon added one after a huge block of Josh Aldrich’s layup attempt. McMahon and Perry followed again from long range, and the Cardinals (5-0) turned up the intensity on both ends for a 24-5 burst.

Jordan Nwora had two 3s among his 28 points. The Cardinals finished 51% from the field and have shot above 50% in each game this season.

McMahon finished with 15 points on five 3-pointers, his last ones helping Louisville avoid a huge upset. The Cardinals were 9 of 21 from behind the arc.

BIG PICTURE
USC Upstate: The Spartans stayed close thanks to perimeter shooting and defense that forced the Cardinals into off-balance attempts. They just didn’t have enough height to battle on the glass – Louisville took the rebound battle 40-22 – and were no match once the Cardinals found their shot and intensity.

Louisville: The Cardinals led for much of the game despite appearing out of sync at times. Their failure to contain Mozone nearly cost them, but they also started making 3s to thwart the upset. The returns of Malik Williams and David Johnson from injuries helped in a comeback they didn’t expect.

POLL IMPLICATIONS
The near-upset shouldn’t cost Louisville much in the rankings.

UP NEXT
USC Upstate returns home Saturday to host Youngstown State, which Louisville beat 78-55 on Nov. 10.

Louisville hosts Akron on Sunday in the last of its five-game homestand.