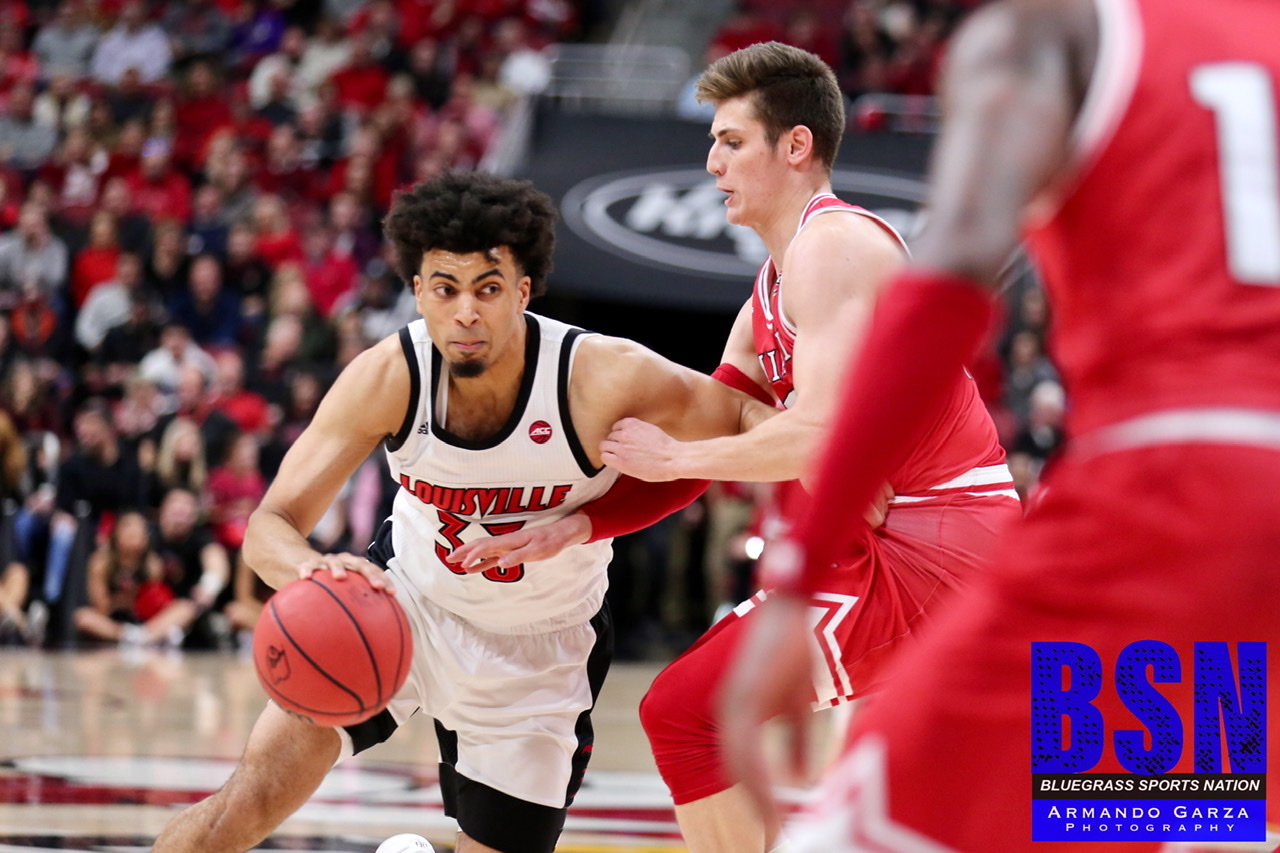 Jordan Nwora scored 20 points and No. 3 Louisville pulled away with a 17-0 run to beat Miami of Ohio 70-46 on Wednesday night.

While the Cardinals never trailed, it was much closer than the final score indicated. Louisville used a 14-2 first-half run to take a 12-point lead, but the Redhawks cut it to 28-25 on Dalonte Brown’s dunk 1:10 into the second half.

The Cardinals won despite shooting just 39.7%, the third time in the last five games they failed to break 40%. Nwora had his eighth 20-point game of the season. He was 7 of 17 from the floor.

BIG PICTURE
Miami of Ohio: Facing their toughest test of the season, the Redhawks tried to slow down the more athletic Cardinals, and for a while it appeared to work. However, shooting a season-worst 27.3%, which included making just 6-of-33 3-pointers, doomed the chances for an upset.

Louisville: Defensively, Louisville looked every bit the dominant team, forcing Miami into taking too many contested and forced jumpers. The Cardinals also enjoyed a 54-40 rebounding advantage. Offensively, though, the Cardinals looked out of sync for first 31 minutes against a smaller foe, as they finished with just 11 assists on 25 baskets. With the competition only getting tougher from here, it could prove problematic for Chris Mack‘s team.

UP NEXT
Miami of Ohio: Hosts Bradley on Saturday.
Louisville: At Kentucky on Dec. 28.