No. 3 Kentucky Faces No. 9 Missouri in Midweek Series 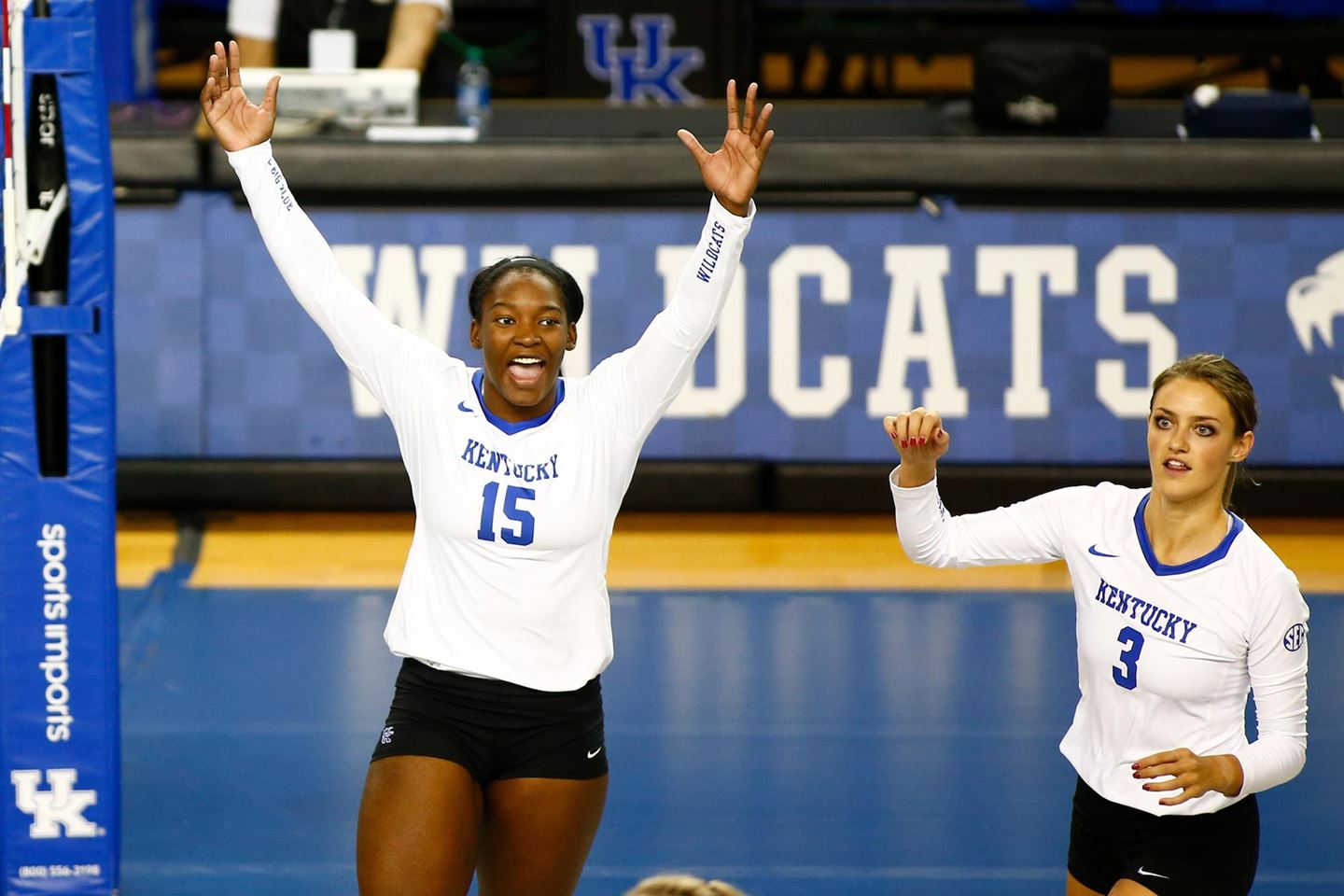 The No. 3 Kentucky Volleyball team will hit the road for the first time this season, as it heads west to Columbia, Missouri to face off against the No. 9 Missouri Tigers for two matches at the Hearnes Center on Wednesday and Thursday.

Both matches will begin at 9 p.m. ET/8 p.m. CT and will be broadcast live on ESPNU and the ESPN app. Live stats will be available on the Missouri website for both matches of the series, as well.

Kentucky and Missouri both enter this week’s matches with a 2-0 record, having won six of the seven sets they have played this season. On opening weekend, Kentucky swept Tennessee in the first match of the season before pulling out a four-set victory over the Vols in match two of the series. For the Tigers, Mizzou beat Alabama in four sets on their opening night before sweeping the Tide to close out an undefeated weekend.

The American Volleyball Coaches’ Association has the Wildcats ranked No. 3 in the nation this week, as UK holds steady for the fifth week in a row of the rankings. Missouri has been ranked as high as No. 6 – and currently sits at No. 9, marking the first ranked vs. ranked match-up of SEC teams this season across the league.

Kentucky leads the series with Mizzou, 9-5 and has won five in a row dating back to the 2016 season. Last year, UK swept Missouri in both matches they played, including the match in Columbia – where Missouri had at least a three-point lead in all three sets, but UK found a way to come back and beat the Tigers in a sweep.