No. 5 Louisville Opens the 2019-20 Season at Miami on Tuesday Night 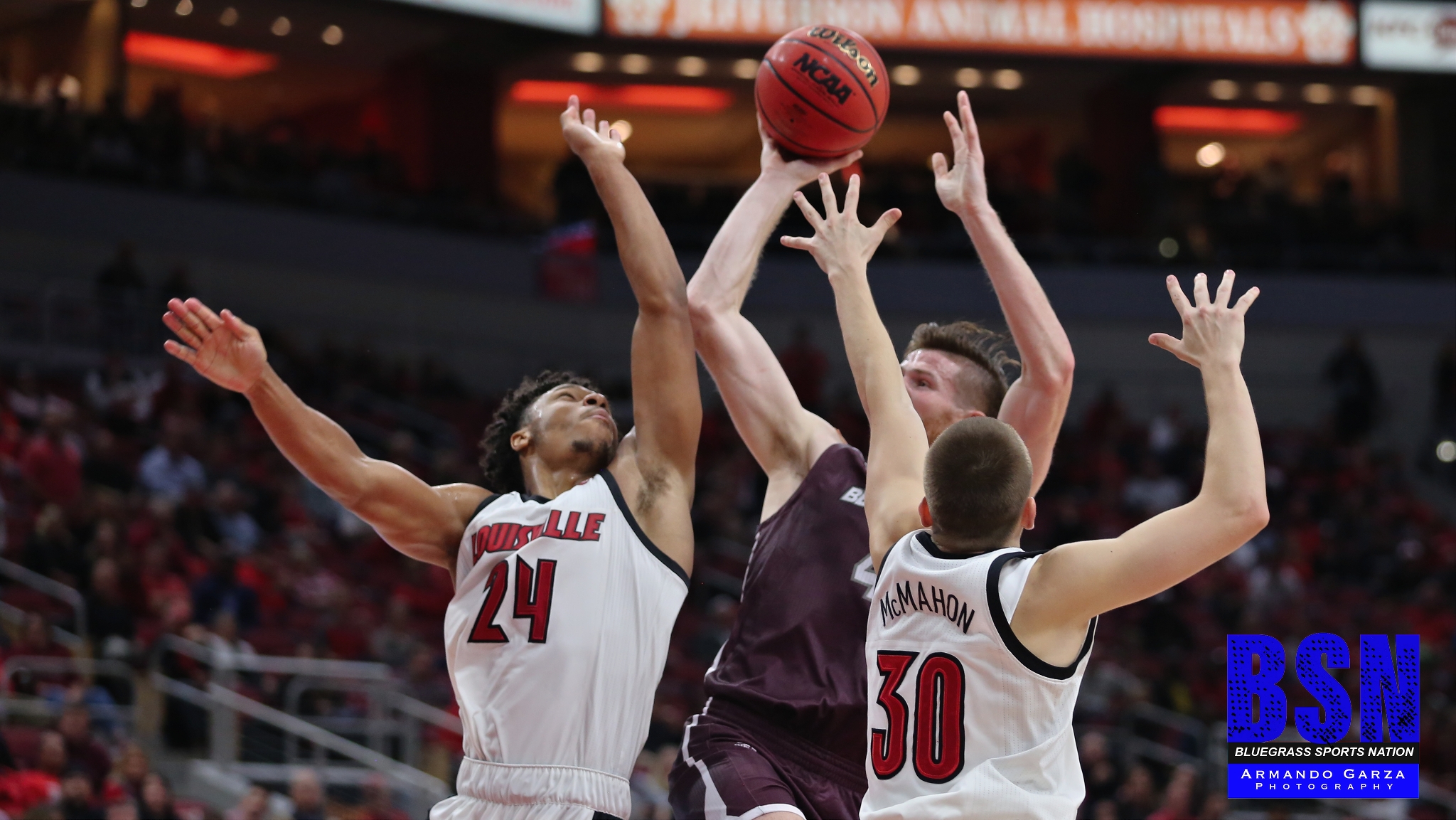 LOUISVILLE, Ky. – Louisville opens its 106th season of collegiate basketball with an ACC game at the Miami Hurricanes on Tuesday.

Louisville, which posted a 20-14 record and participated in its 39th NCAA Tournament last year, opens the season ranked fifth in the AP and USA Today polls under the direction of second-year UofL Coach Chris Mack. Louisville returns most of its production from the Cardinals’ successful 2018-19 squad, including three-quarters of its scoring and rebounding.

The Hurricanes beat Flagler 86-65 in an exhibition game on Oct. 30 as redshirt junior guard Kameron McGusty led the way with 20 points. Miami forced 20 turnovers in the game while shooting 50 percent from the field. Picked to finish ninth in the ACC in a preseason media poll, the Hurricanes posted a 14-18 record in the 2018-19 season.

Junior guard Chris Lykes (16.2 ppg, 3.2 apg in 2018-19), a preseason All-ACC second team selection, is the second-leading returning scorer in the conference behind only Louisville’s Jordan Nwora. UM is No. 65 by Ken Pomeroy entering the season.

Louisville has an 11-4 series advantage over Miami, winning two of the last three matchups. In the last meeting, the Cardinals prevailed 90-73 in the KFC Yum! Center (1-6-19) as UofL erased a 15-point first-half deficit when Jordan Nwora scored 18 of this 20 points in the first period. Malik Williams produced his second double-double of the season with 19 points and 11 rebounds and Ryan McMahon added 12 points and a career-high nine assists.