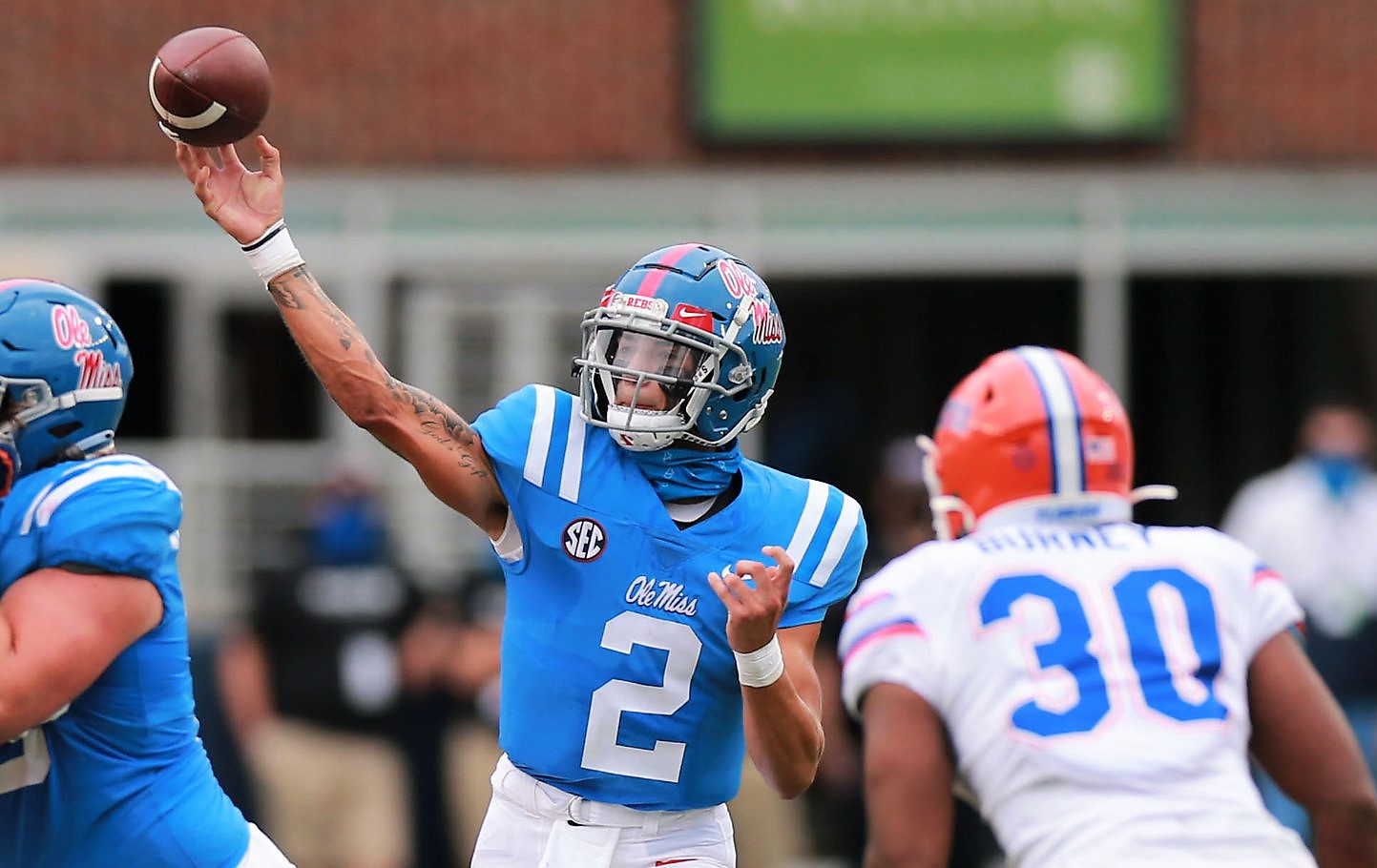 The competition doesn’t get any easier for Kentucky.

A week following a 29-13 loss to No. 8 Auburn, the Wildcats open the home portion of the schedule Saturday against Mississippi, which features one of the top-ranked offenses in the country.

Although the Rebels (0-1) suffered a 51-35 loss to fifth-ranked Florida last weekend, the Lane Kiffin era began with a bang. Ole Miss racked up 613 total yards, including 443 through the air, against the Gators and rank No. 6 in the nation and third in passing yardage going into the second week of the season.

“Ole Miss plays extremely fast on offense,” Kentucky coach Mark Stoops said. “Their quarterback is playing at a very, very high level, (Matt) Corral, and can throw the ball all over the place. They have a very good scheme that spreads you out and puts a lot of pressure on you.”

Corral threw for 395 yards and three touchdowns last week. Elijah Moore was Corral’s top target with 227 yards receiving. The Rebels made noise through the air, but Stoops added Kiffin’s squad also displayed an ability to run the football.

“Even though they threw the ball for almost 450 yards, they still had balance, they still ran the ball quite a bit, and were efficient with those aggravating yards on the ground,” the Kentucky coach said. “They run a lot of plays and put a lot of pressure on you so we have to be able to control that and play with a greater sense of urgency with the tempo because we’re going to see an extremely high pace.”

The Wildcats saw glimpses of a fast-paced offense against the Tigers last week but Stoops wasn’t pleased with his team’s response to Auburn’s hurried pace at various times in the opener.

“We were good at times (but) we were not good enough with our urgency and our tempo defense so we have to work on some of that this week,” Stoops said. “You have to give a shoutout to (Auburn quarterback) Bo Nix because he made a few throws under duress that were big-time throws, but we’re going to see that throughout the year and see it from Corral this week. Matt, big-time arm talent, can throw the ball all over the place. But Bo certainly made some big-time throws.”

Like Stoops, Kiffin is expecting a challenge in his second visit to Kroger Field. While coach at Tennessee, the Volunteers defeated the Wildcats 30-24 in 2009.

“They’re very disciplined on defense, they don’t do a lot of things, but they know what they’re doing really well,” Kiffin said. “Offensively they run the ball very well, veteran offensive line.”

On the flip side, Stoops has noticed a difference in Kiffin’s style over the past decade.

“You can see Lane adapting and changing,” he said. “He’s a different coordinator now and they are a little bit different style than the last time we crossed paths. But definitely puts a lot of stress on you.”