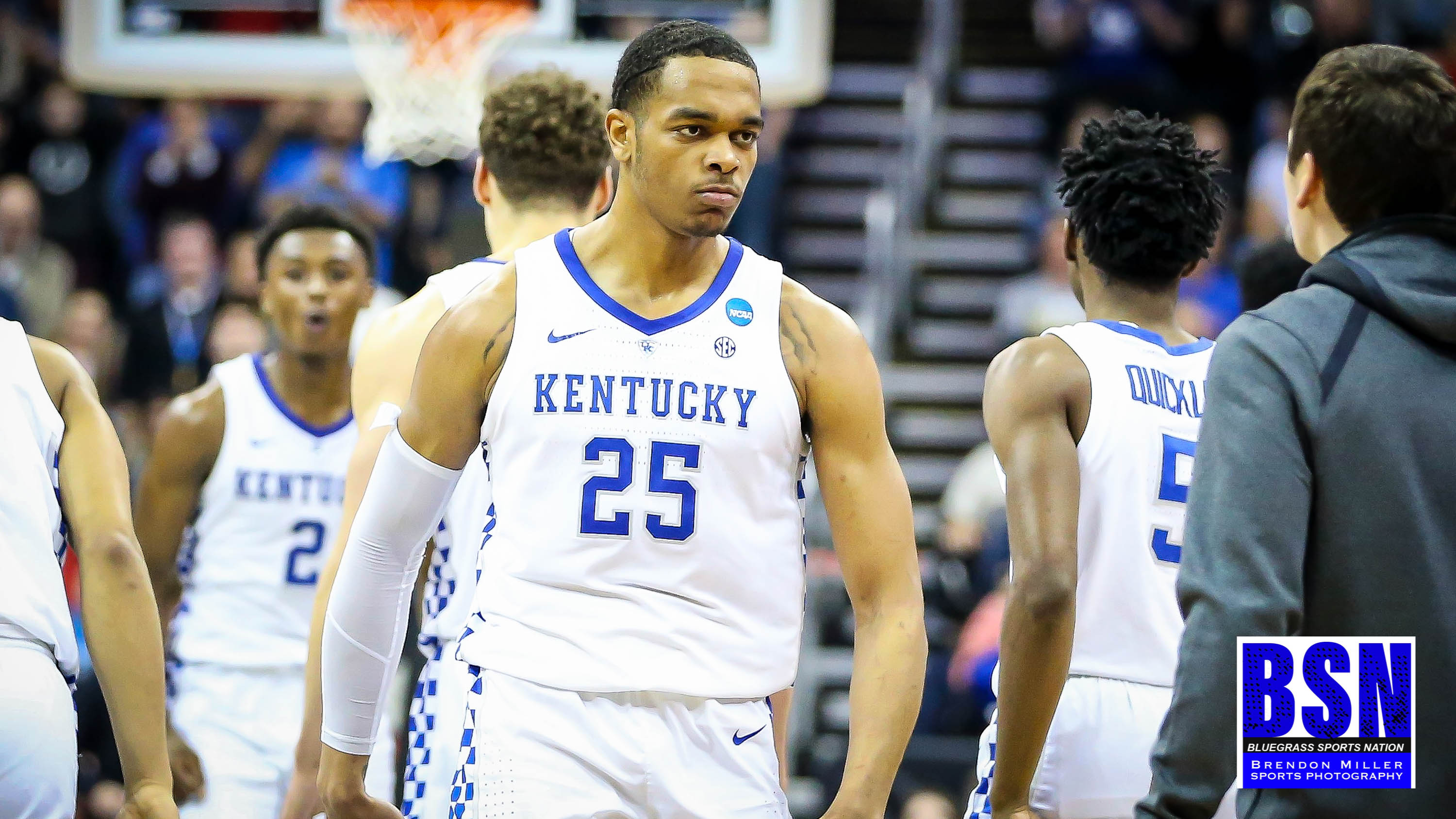 All the talk before the Sweet Sixteen match-up between the Houston Cougars and the Kentucky Wildcats was if P.J. Washington was going to be able to play. It wasn’t until the Big Blue Nation saw the warm-ups pregame that they knew for sure they were going to see his return.

Even though he didn’t start, it didn’t take long for Coach Calipari to get him into the game. Washington checked in with 15:41 left in the first half and immediately scored to put the Wildcats up 8 to 7. He ended the half with 8 points. It was a back-and-forth game until Kentucky tightened down on defense and didn’t allow Houston to score for nearly 5 minutes. During that time the Cats put together a 7 to 0 run to give them a ten point lead.

The second half started sloppy for the Wildcats and it didn’t get any better for the duration of the game. The Cats could not find their offensive flow and their defense allowed Houston to go on a 7-2 run and cut the Wildcat lead to 5. This forced a Calipari to call a timeout with 12:34 left to play.

Houston continued to do what they have all season and foul at a fast rate. They committed 23 total fouls for the game and 10 first half fouls and put the Cats on the line seven times and the Wildcats converted on six of those. Kentucky took a 37 to 26 led into the half thanks to a 8 to 2 run that ended the half.

The Cougars kept chipping away at the lead and with 3:39 left they overtook the Cats for the first time since early in the first half. The teams exchanged baskets for the next couple of minutes until the Wildcats found themselves down 2 and Houston had the ball with under a minute to play. That is when P.J. Washington blocked a shot to Tyler Herro whom drove down the court and made a contested three to put Kentucky ahead for good.

Kentucky won the game 62-58 in a game that looked bleak late in the second half. Tyler Herro lead the Wildcats in scoring with 19 and Reid Travis grabbed 11 rebounds.

The Cats advance to the Elite Eight to face Auburn on Sunday at 2:20 on CBS.