Owsley Outlasts Letcher in a Battle of Regional Title Contenders 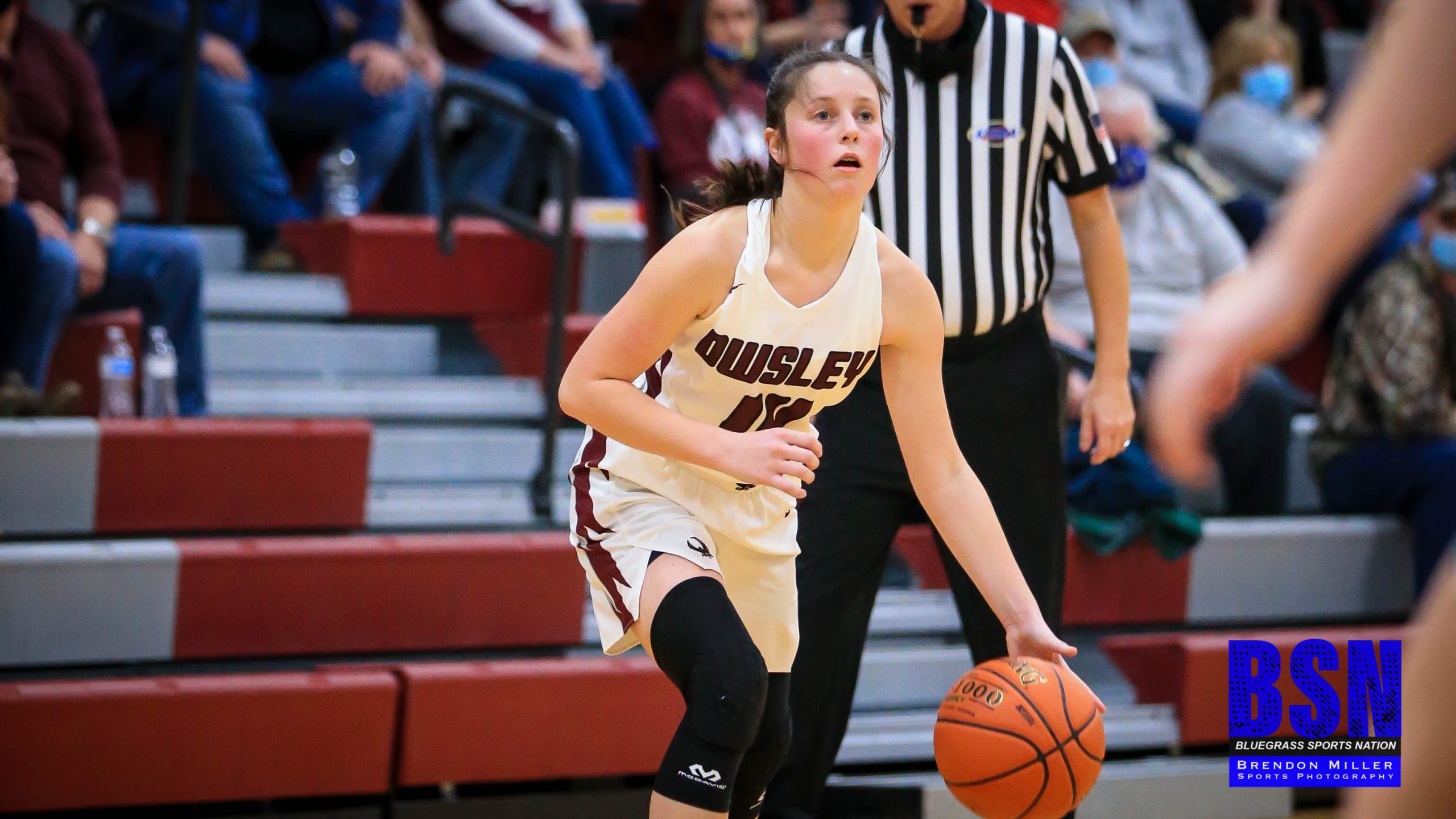 Lady Owls improve to 7-1 on season

1st QUARTER
Owsley’s big three of Carly Smith, Lexy Lynch and Kenzie Herald each began the game on point with Smith scoring seven, Lynch four, and Herald three in the quarter for all Lady Owl points. Letcher got three a piece from their two leaders, Brooke Bates and Kaylee Banks, along with a big 3-pointer from Freshman Jaylin Whitt. End of the First, Owsley led 14-11.

2nd QUARTER
The two teams played to a 10-10 tie in the Second. Bates knocked down two 3-pointers for the Lady Cougars and Banks had two baskets for all of the Letcher points. Lynch hit a three and two free throws for five, while 8th grader Addison Terry hit a big three for the Lady Owls. At the half, Owsley maintained their three point lead, 24-21.

3rd QUARTER
The teams again played to a tie in the Third with seven points each. Smith with four and Lynch with three provided all the scoring for Owsley. Letcher got baskets from Loren Boggs, Tori Holcomb, and Kiera Couch. Headed to the Fourth, Owsley 31 – Letcher 28.

4th QUARTER
It was a slugfest down the stretch as Boggs led the Letcher run with six and Bates added four. Owsley ended the way they started with Smith, Lynch and Herald insuring the dub with Smith tallying seven, including a dagger 3-pointer from the left corner, Herald with three, and Lynch a perfect four for four from the line.