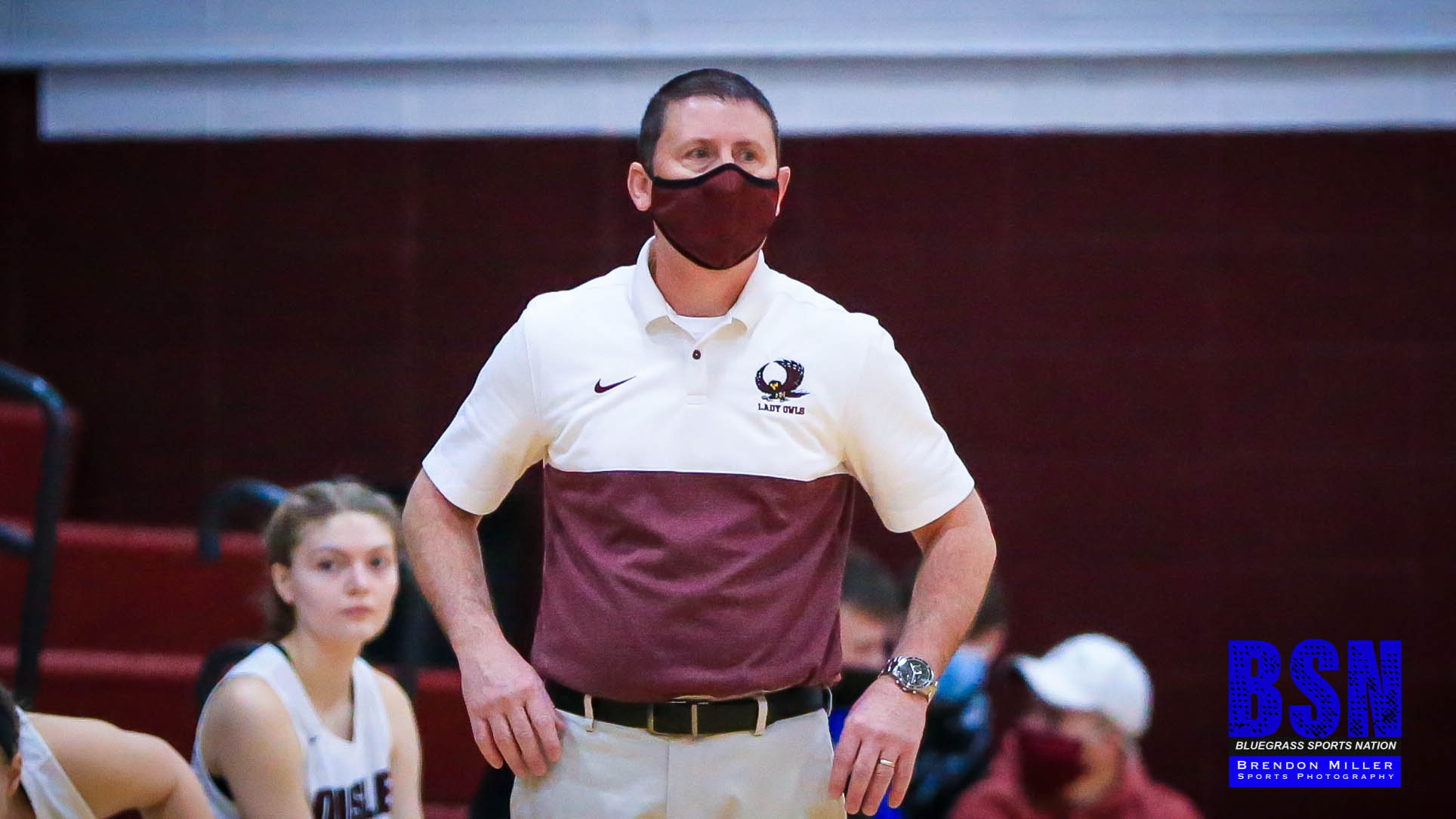 The Owsley County Lady Owls traveled to Stanton on Friday Night for the 2nd Leg of the 56th District home and home between the teams for 2021. The two teams met on January 26th in Booneville with the Lady Owls coming away with a 65-47 win. The Lady Owls were again forced to take the floor without their Senior point guard Kenzie Herald as she was still out with sickness.

The Lady Pirates got big nights from Macey Howell and Mikyra Caudill, each with 21, but in the end Carly Smith with 24 and Lexy Lynch with 20, led the Lady Owls to the 64-57 win, and to remain perfect in the 56th District at 5-0, and give Coach Travis Smith a win on his birthday!!

1st QUARTER
The Lady Owls jumped out to an early lead on the strength of 3-point shooting. Lynch and Addison Terry hit early 3-pointers and then Smith hit back-to-back threes. Smith posted 12 in the quarter and Lynch six. Macey Howell held the Pirates close with nine in the quarter. End of the 1st, Owsley led 23-17.

2nd QUARTER
Lynch and Smith each had five in the 2nd and Kerissa Shouse hit her first 3-pointer of the game for the Lady Owls. Freshman Mikayla Caudill had three buckets for six and Howell and Kaelyn Neal each had four for the Lady Pirates. At the half Owsley led by seven, 38-31

3rd QUARTER
Powell made a run in the third, out-scoring Owsley 20-14. Howell continued her strong play with eight in the quarter while Caudill had six and Kanzas Stephens hit Powell’s lone 3-pointer. Shouse hit her second 3-pointer for Owsley and Lynch added four to her total, while Smith led with five. Powell briefly took a lead at 51-50, but Smith got a steal and basket to close out the quarter and put the Lady Owls back on top 52-51.

4th QUARTER
Owsley slowed the pace in the 4th, and closed out the game 12-7 in the period. Lynch added five for her total of 20, while Smith had two free throws for her game-high 24. Terry hit a 3-pointer and had four. Caudill had five of the Lady Pirates’ seven.

The Lady Owls improve to 12-1 on the season and head to the All A State Tournament on Monday to face Hancock County in the first round. Powell is now 6-6 on the year.