Payne Says CATS ‘Well-Trained’ for This Time of the Year 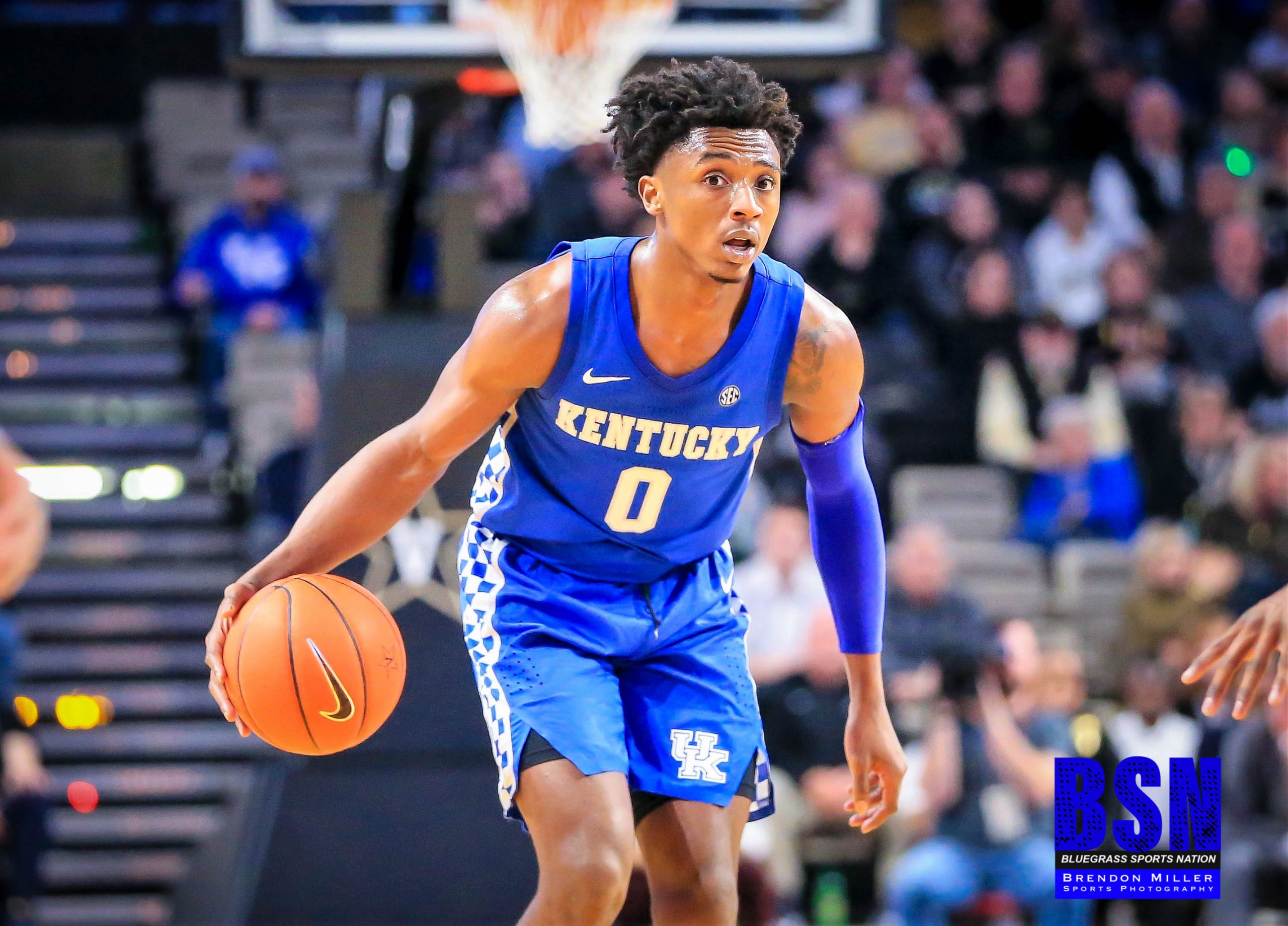 If you ask Kenny Payne, Kentucky is prepared for the challenge Texas A&M presents when the two teams meet Tuesday.

“We’ve trained all this time for this time of the year,” the Kentucky associate head coach said Monday. “Right now, we want to be playing our best basketball leading up into going into the tournament, going into the NCAA Tournament. A lot of that offensively starts with passing. Making good passes, being a really good passing team, seeing each other, making extra passes and attacking defenses.”

Texas A&M (14-12, 8-6 Southeastern Conference) has won two of the last three games against Kentucky at College Station, including an 85-74 victory two years ago. The Wildcats (22-5, 12-2) edged the Aggies 85-74 last season in Lexington. Kentucky moved up to No. 8 in this week’s Associated Press Top 25 poll released on Monday.

“(It will be a) very tough game,” Payne said. “They try to get you in foul trouble, which you know has been something that we struggle with. They throw a lot of junk defenses at you.

BACK IN TEXAS
The contest will be somewhat of a homecoming for Kentucky guard Tyrese Maxey, who played prep basketball at South Garland High School in Garland, Texas. Maxey said he will have “some friends, some family” at the game, including his biggest supporter.

“It’s kind of far from the crib, but my mom’s going to be there supporting me, which is always great,” he said.

Maxey said the Wildcats have been working on late-game situations, which were nearly costly in a win over Florida on Saturday at Rupp Arena.

“Just working on some different things,” Maxey said. “It’s really just on us trying to get open.”

“Pick ‘em,” Maxey said. “They deserve it. It’s funny that that rhymes: Pick Nick (Richards) and Quick (Immanuel Quickley). Testimony to their work. They both put in a lot of work and I’m proud of both of those two. I hope they get the accomplishments they deserve.”

Quickly was named SEC Player of the Week after scoring a career-high 26 points, including 22 in the second half of a win over the Gators. Quickley is averaging 15.7 points per game and Richards has an average of 14.3 points and a team-high eight rebounds per game.

Payne said has been impressed with the progress of both players.

“Immanuel Quickley, who probably doesn’t get enough credit simply from where he came from to where he is today, unbelievable,” he said. “Where he is mentally as opposed to last year where his mind was racing and there was so much doubt, the growth that he’s shown, not just in the shooting and in basketball and making plays, but just mentally of being sure who he is as a player, it’s a long way. He came a long way.”