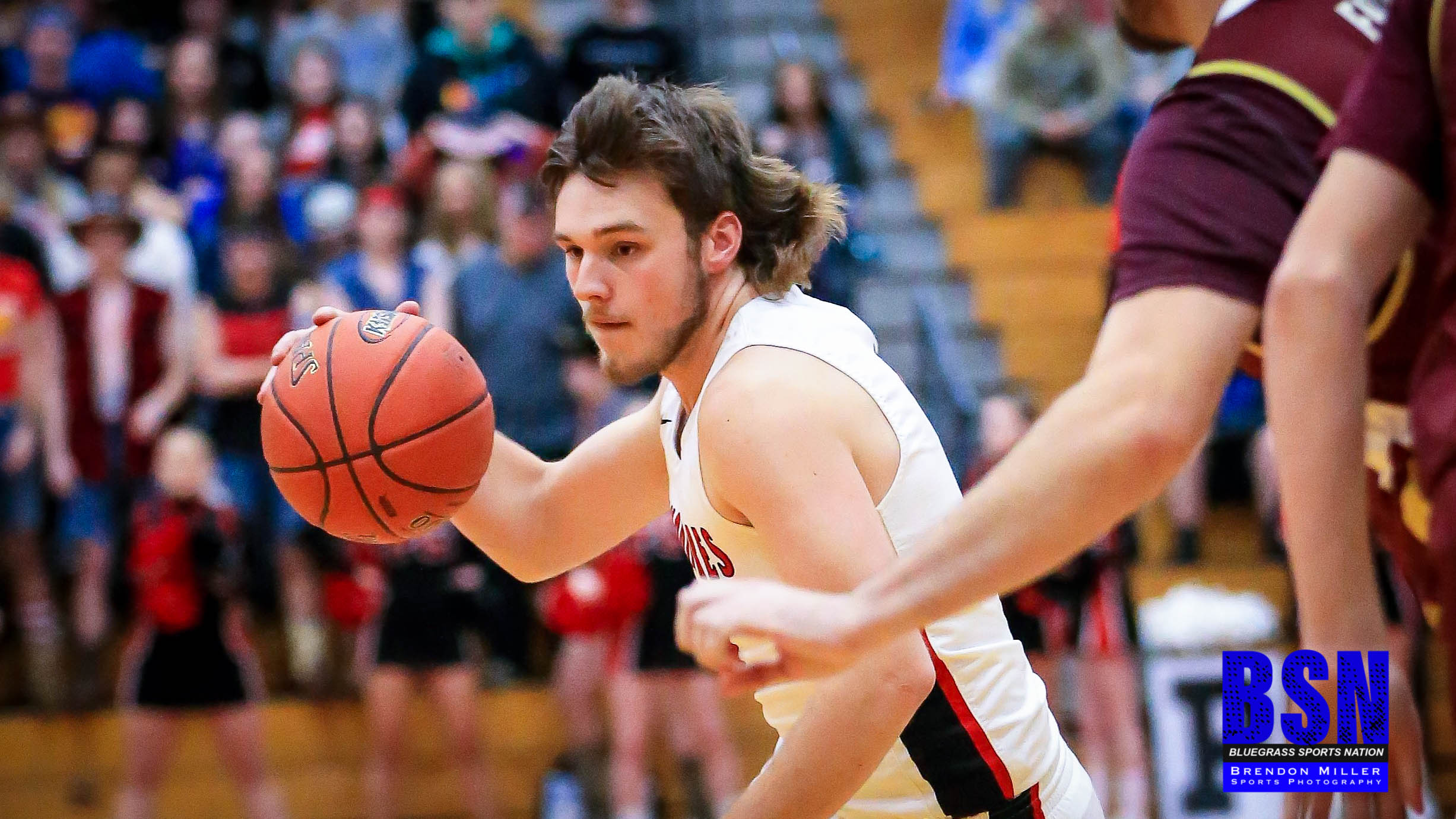 Perry County Central is the defending 54th District and 14th Region Champions.  They began their journey to defend both of these titles at the John C. Combs Arena against the Leslie County Eagles on Wednesday Night.  Leslie County was supposed to make a jump this year after winning only seven games last season; however, Perry proved to be too much for the Eagles as they came away with a 90-72 victory.  Leslie County was never able to capture the lead with the only tie in the game coming at 2 points each.  Dylan Cornett and Dawson Duff paced the Commodores with 19 points each.

Cornett and Trent Day from Leslie County traded buckets early to tie the game at 2 only 26 seconds into the game.  A Dillion Cornett 3-point play began a 14-3 run that was fueled by Perry Central’s pressure defense and saw them extend their lead to 16-5 with 2:49 to go in the first quarter.  The Commodores extended their lead to 21-8 on two free throws from Mason McAlarnis before Leslie County’s Wyatt Hensley knocked down back to back 3-pointers to cut the Perry Central lead to 21-14 with 1:33 to go in the period.  A 7-2 mini run by the Commodores gave then a 28-16 lead before a late 3-pointer by Derek Baker cut the lead to 28-19 at the end of the first quarter.  Dawson Duff led Perry in the first quarter with 10 points. Wyatt Hensley kept Leslie County in striking distance scoring 11 points of his own.

Perry County Central scored the first 8 points of the 2nd quarter to extend their lead to 36-19 only 50 seconds into the period.  Dillion Cornett knocked down three 3-point shots against three Leslie County free throws to stake Perry Central to a 43-22 lead with 4:44 to go in the 1st half.  Fouls began to mount for the Commodores as Leslie County lived at the free throw line for the remainder of the quarter, but Perry Central maintained a 52-37 lead at the half.  Leslie County was 12 for 18 from the foul line in the 2nd quarter and 18 for 27 for the half.  Perry Central also took advantage of tight officiating by going 14 for 18 from the free throw line.  Cornett scored 12 points in the 2nd quarter and ended the half with 19.  Wyatt Hensley and Trent Day combined for 23 points in the 1st half, while making only 4 field goals between them.

Perry County Central scored 6 of the first 7 points of the 3rd quarter to extend their lead out to 58-38 with 6:23 to go in the period.  Trey Abner tried to keep Leslie County in the game with 9 points in the quarter.  Back to back baskets by Abner pulled Leslie County to within 16 at 66-50 with 3:13 to go in the 3rd quarter.  That was as close as the Eagles would get for the remainder of the game.  The Commodores closed the quarter on a 8-2 run, including a 3-pointer at the buzzer by Austin Boggs to give Perry Central a 74-52 lead going into the final quarter of play.

Coach Shannon Hoskins was able to empty his bench in the 4th quarter.  Trent Day scored 10 points in the final stanza for Leslie County, but Perry maintained their lead for much of the quarter and finished on top by a final score of 90-73.

Perry County Central was led by Dawson Duff and Dillion Cornett with 19 points each.  Duff also added 6 rebounds and 3 assists.  The story of the game was the amount of turnovers the Commodores were able to force with their full court pressure defense.  Trent Day led Leslie County with 23 points, 7 rebounds, and 3 assists.  Trey Abner had a big game in the paint for the Eagles with 18 points and 14 rebounds.  Wyatt Hensley and Day combined for 23 of 29 from the foul line.  Perry County Central was able to get up 22 more shot attempts than the Leslie County Eagles.  They were 29 of 66 from the field including 9 of 23 from behind the 3-point arc.  Leslie County was 19 of 44 from the field and only 3 of 12 from 3-point range.  Both teams combined for 74 free throw attempts with Perry Central going 23 of 33 and Leslie County going 31 of 43.  Rebounding was a bright spot for Leslie County as they out-rebounded Perry 40-26 in the game.