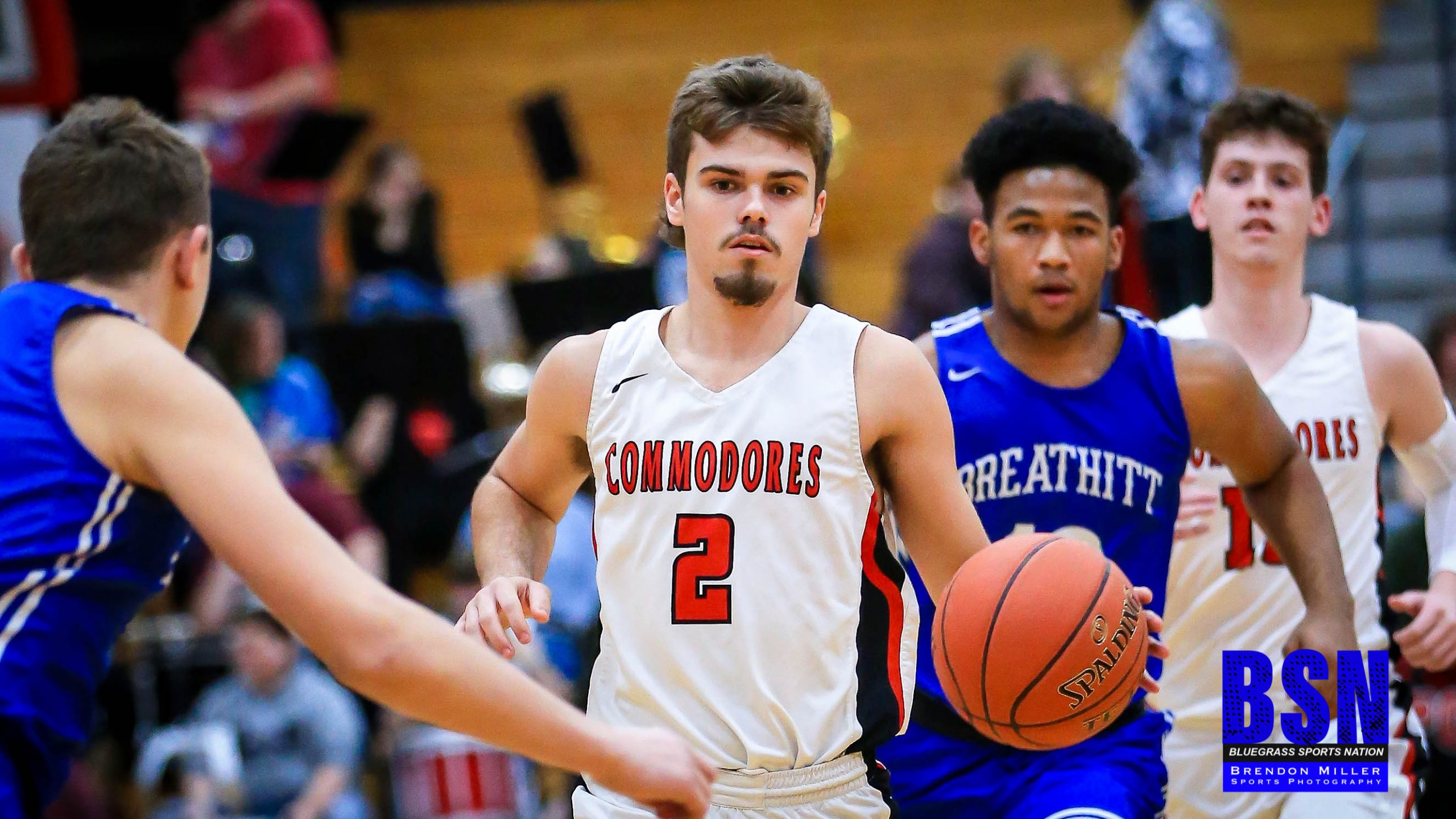 Breathitt County traveled to Perry County Central to take on the Commodores in the first game of the New Year for both teams.  Perry Central made their first five shots and never looked backed in defeating the Bobcats 78-65.  The Commodores had three players reach double figures, led by Dylan Cornett with 19 points.  Breathitt County won the battle on the boards 32-25, but turnovers led to their demise.

Dawson Duff scored the first 5 points of the 2nd quarter to give Perry Central a 24-11 lead only 58 seconds into the period.  The pace of the game slowed down considerably and Perry Central held a 27-18 lead with 3:30 to go in the first half.  The scoring went back and forth for the remainder of the half with Perry County Central holding a 35-24 advantage.  The story of the 2nd quarter was Breathitt County’s lack of ball security.  They were only able to get up 5 shot attempts for the entire quarter. The Bobcat rebounding advantage was the only thing that kept them in striking distance.  Dawson Duff and Dylan Cornett had 7 points each for Perry Central who shot 13-24 (54.2%) from the field.  Jack Fugate had 8 points for Breathitt County to lead all scorers.  The Bobcats were 8-18 (44.4%) from the field in the half.

Braxton O’Hara scored at the 7:27 mark of the 3rd quarter to cut the Commodore lead to 37-29.  Perry Central answered with 6 points in less than a minute to push the lead to 43-29.  DeAndre Reed had 4 points and an assist during the streak.  Ohara answered with a bucket for Breathitt, but Perry quickly responded with a 3-pointer from Cornett to make the score 46-31 with 5:38 to go in the period.  Scoring went back and forth and Perry Central held a 53-39 lead with 3:21 to go in the 3rd quarter.  Rydge Beverly and Tyler Day led an 8-2 run to end the quarter and give Perry Central a 61-41 lead.  Perry Central was 10-20 from the field in the quarter and 3-4 from behind the 3-point arc.  On the other side, Breathitt County struggled to 6-17 and 1-5.

Perry Central maintained their lead into the 4th quarter, leading 69-48 with 5:47 to play.  Breathitt County went on a 7-1 mini run to cut the lead to 70-55 with 3:50 to play.  Cornett came back with a quick basket for the Commodores, but it was followed by a 4-point play by Luke Bellamy to bring the Bobcats within 13 at 72-59 with 3:12 to play.  Perry County Central struggled with shot selection and at the free throw line down the stretch, but Breathitt County was not able to capitalize.  The Commodores held on to the lead and won 78-65.  Perry Central was 7-14 from the field in the quarter, but 0-5 from behind the arc and only 3-6 from the free throw line.  The Bobcats stayed within striking distance going 8-11 from the line in the final quarter and 2-4 from the 3-point arc.