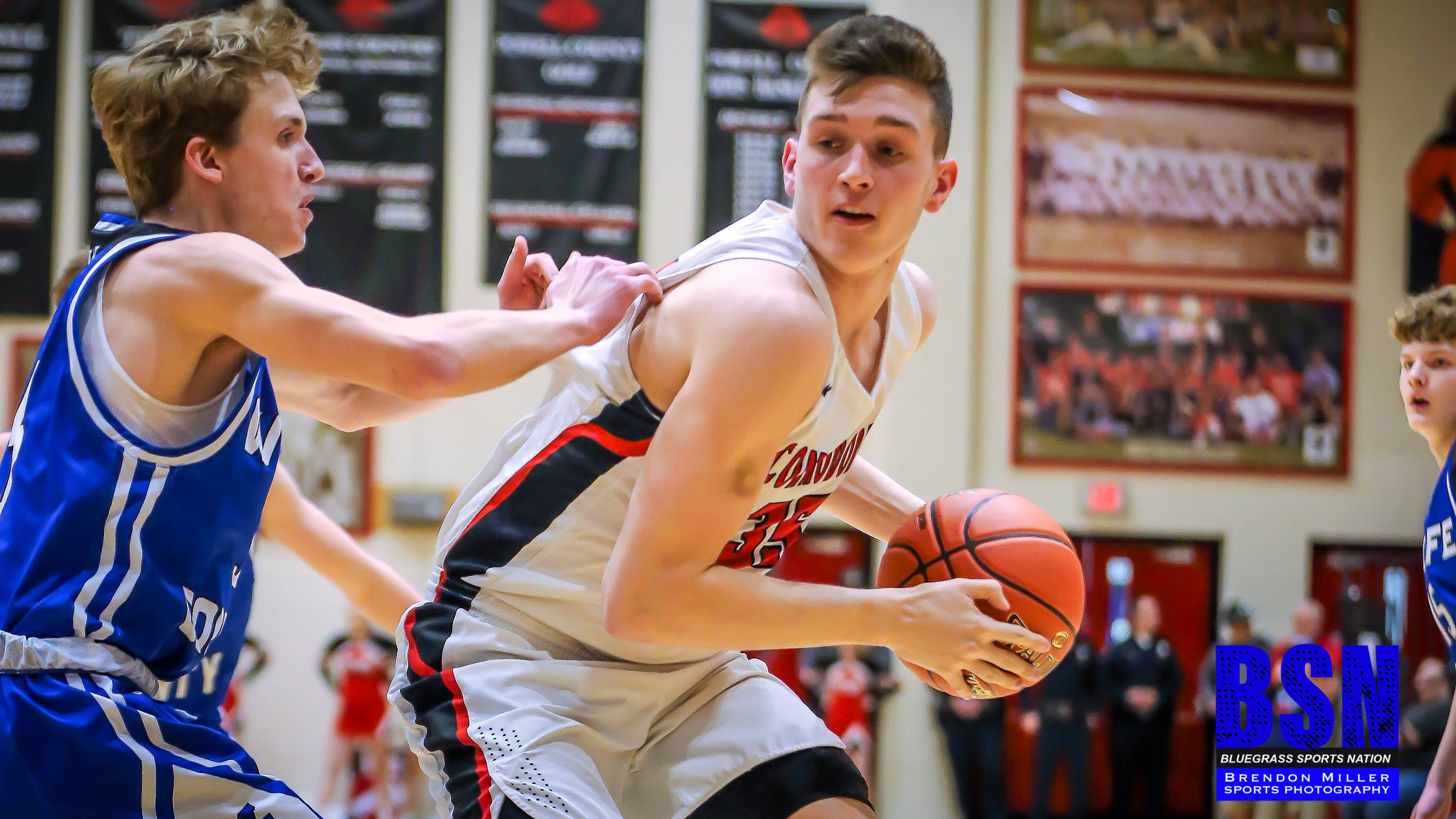 Noah Caudill with 24 in the paint to pace the Commodores.

54th District Champion Perry Central spread the wealth on Monday night putting four players in double figures as they advanced to Friday’s Regional Semis.  Perry outscored Wolfe in each quarter and displayed a balanced attack both on the perimeter and in the paint.

Perry’s tested Seniors opened the game with Dylan Chaney hitting two 3’s in the 1st Quarter, Noah Back adding two 3’s of his own for eight in the quarter, and Noah Caudill establishing himself in the paint for four. Wolfe slashed and drove behind the duo of Jaz Johnson, who had nine, and Wilgus Tolson, who added 7, to trail the Commodores 21-18 after the 1st.

Caudill propelled the Commodores to halftime with nine more of his game-high 24 in the 2nd Quarter. Senior point guard Camron Turner added five, to counter Johnson’s six. At the half, the Commodores lead was double-digits 40-29.

Wolfe Sophomore Jaz Johnson was named to the All-Tournament Team after the game.

Perry Central advances to take on Knott Central on Friday at 6:00 pm.