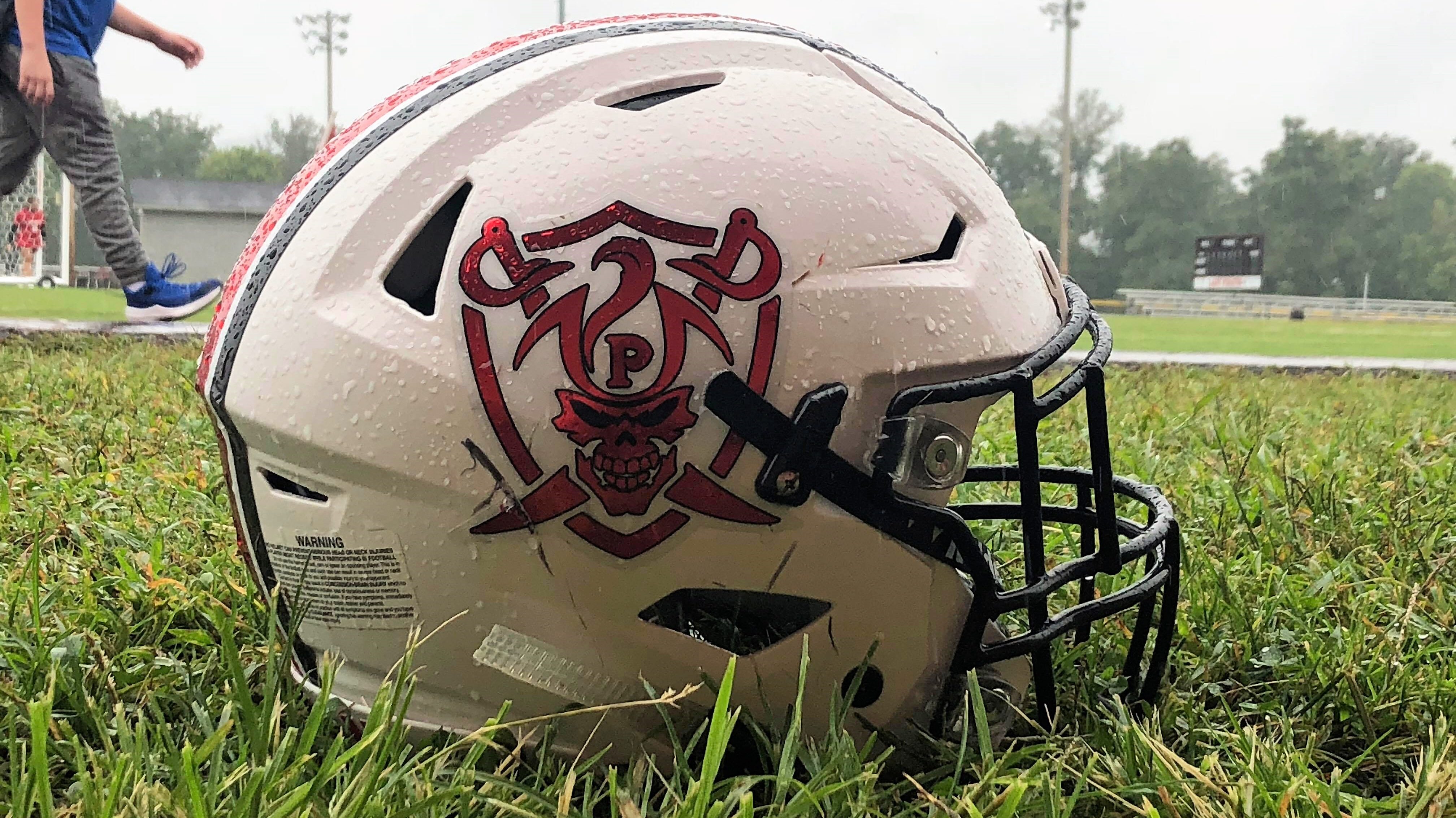 Last night, the Powell County Pirates and the Prestonsburg Blackcats squared off in a road game for the Pirates. Each team entered the game with an 0-3 record.

Prestonsburg received the opening kickoff but was ultimately forced to punt. The Pirates responded with a scoreless 10-play drive. The Blackcats got the ball, marched down the field, and Carter Akers did the honors with a six-yard touchdown run. Prestonsburg led 7-0.

The Pirates responded with a 48-yard touchdown pass from Holden Townsend to Jason Mullins. The score was 7-7 early in the second quarter.

The Pirate defense forced a punt; however, a fumble on the return set up the Blackcats on the Pirate 47-yard line. The Pirate defense stood strong, forcing a punt. The Pirate offense then took control, covering 85-yards on the ensuing drive. A two-yard touchdown run by Justice Harmon put the Pirates on top 14-7 with 4:25 to go in the first half.

On the following possession, Prestonsburg was able to get the ball inside the Pirate 5-yard line; however, an interception led to the Pirates taking a 14-7 lead into half time.

Powell County got the ball first to start the second half but was forced to punt. The Blackcats took advantage marching down the field to score a touchdown and converting on the two-point conversion attempt. Prestonsburg led 15-14 and would not trail again the rest of the game.

After a Powell County turnover, the Blackcats extended their lead to 21-14, failing on the two-point conversion attempt.

After a Powell County punt, Prestonsburg responded with a 46-yard touchdown run by freshman Ethan Jarvis. The extra point was blocked, but the Blackcats had a 27-14 lead with 6:26 to go in the fourth quarter.

The Powell County offense responded with a long pass from Townsend to Lance Stevenson which put the Pirates deep into the red zone. A Powell County touchdown made the score 27-20 with 1:59 left in regulation.

The Powell County defense was able to get the ball back to their offense with roughly one-minute to go in the game. However, the Prestonsburg defense made big plays, and ultimately got the Pirate offense off the field in five downs. The final score was 27-20 in favor of Prestonsburg.

The Pirates’ next game is at Breathitt County on September 20th at 7:30.