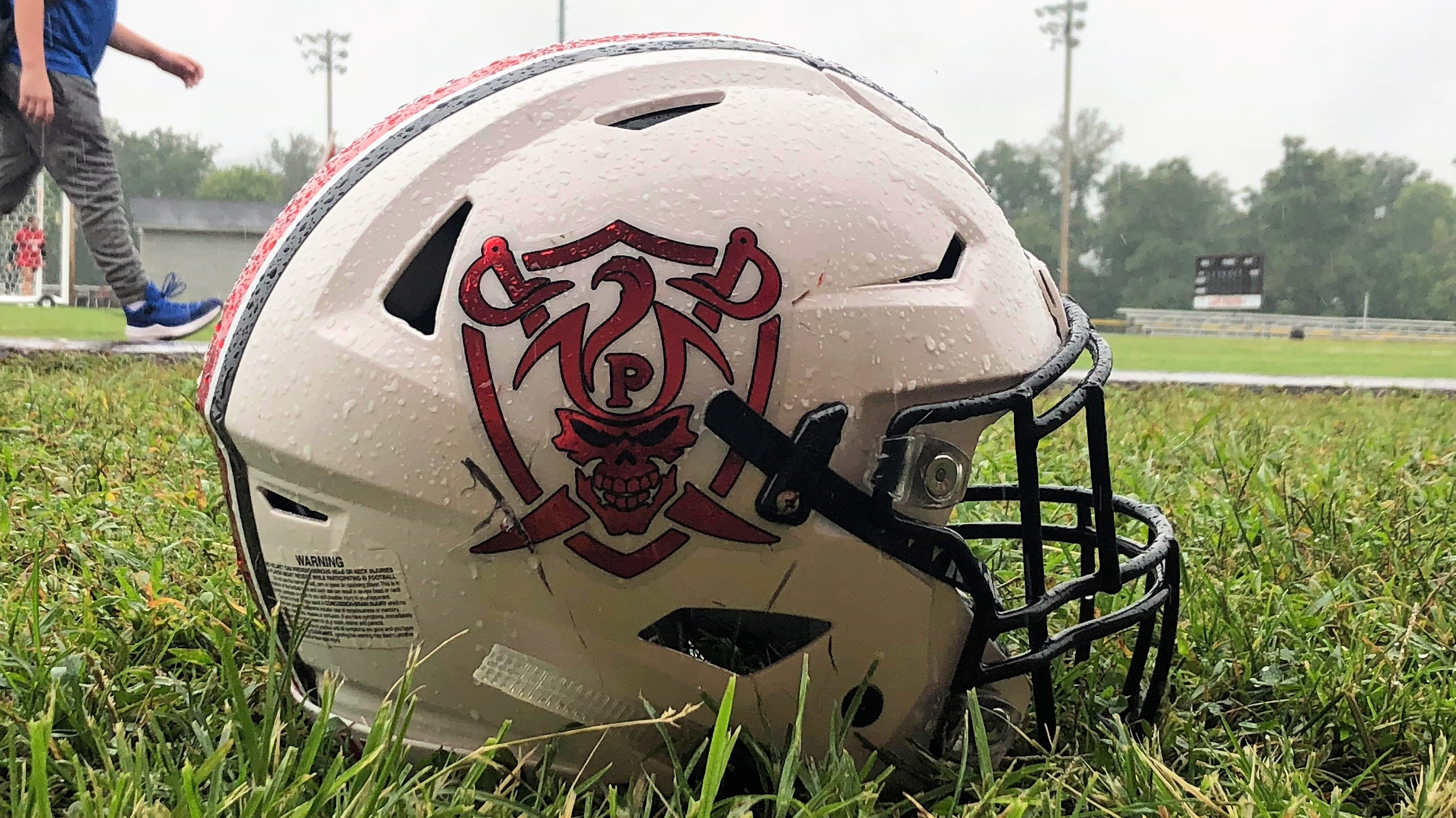 Pirates come close, but fall short by a touchdown.

The Powell County Pirates and the Bath County Wildcats squared off in Stanton on Friday night. It was a close game throughout, but in the end it was Bath County that took home a 19-12 victory. It was a game filled with turnovers, fumbles, and injury timeouts. The Pirates fell to 0-3, while the Wildcats advanced to 2-1.

On the next possession, the Wildcats were able to get into Pirate territory, but were forced to punt. The Pirates then turned it over on downs. Bath County took advantage with a touchdown run by Dalton Nelson. The Wildcats led 7-6 with 11:57 to go in the second quarter.

The Pirates responded with another touchdown pass from Holden Townsend to Jason Mullins. This time, the touchdown came via a slant route that went for 70-yards. With that, the Pirates took a 12-7 lead.

After each side was unable to score, Bath County’s Dalton Nelson punched in another touchdown run. After a Powell County turnover near the red zone, Bath chewed off the clock and took a 13-12 into halftime.

Bath County turned the ball over on the first possession of the third quarter via a fumbled snap. The Pirates were able to setup for a long field goal, but it was no good. Bath County took over but fumbled in Powell County territory. The fumble was recovered by Chimaobi Ajuonuma.

On the next possession, the Pirates had the ball near midfield on 4th and almost 30. The Pirates were able to convert with long pass from Holden Townsend to Preston Wasson on a seam route. However, the Wildcat defense stepped up, giving the ball back to their offense via a fumble recovery.

The Wildcats committed a turnover which was followed by the Pirates doing the same. Bath County then added to their lead by scoring a touchdown. The Wildcats led 19-12.

The Pirates would turn the ball over on downs, giving it back to Bath County with little time left in the game. The Wildcats got just shy of the endzone before kneeling out the clock.

While an 0-3 start is not ideal, there were definitely some positives to take away from last night’s loss. For example, Sophomore quarterback Holden Townsend played a phenomenal game. Townsend threw for two 70+ yard touchdowns in the first half of his debut game as a starter. How many players can say that? Not many.

After the game, coach Kincaid was asked about Townsend’s two long touchdown passes: “It was tremendous to see him do that. The sky is the limit for that kid. … The team rallied around him. It’s so good to see a group of seniors, 15 seniors, rally around a sophomore. Like I told them, we just got to keep moving forward.”

When asked about his team’s overall performance, coach Kincaid said, “I’m super proud of them, even though the scoreboard wasn’t where we wanted it. One thing we did, we grew as a team tonight. We completely played as a team. We had fun playing the game of football.”

The Pirates now focus their attention on an 0-3 Prestonsburg team. The game will be played at Prestonsburg on Friday, September 13th at 7:30.