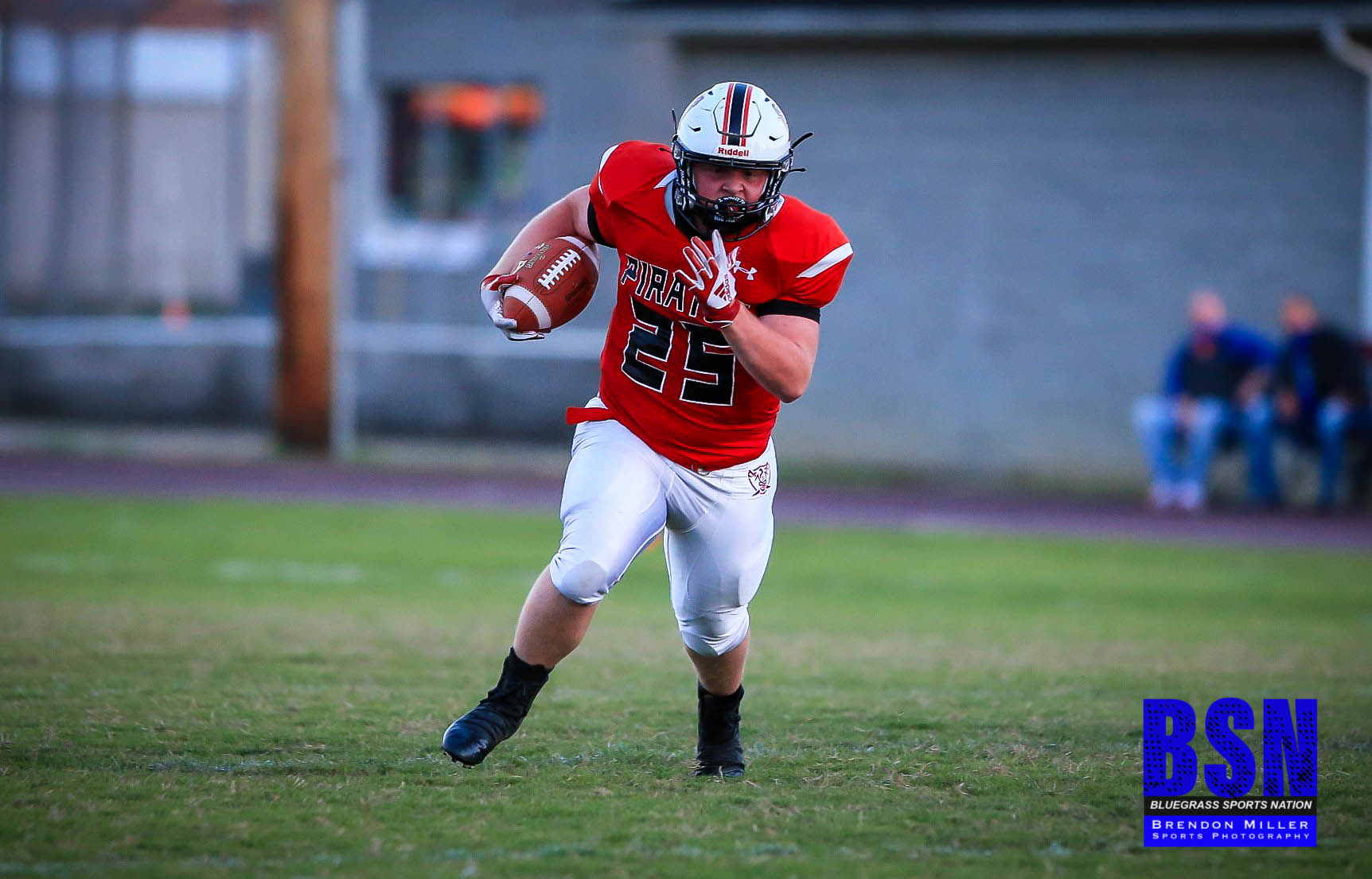 With the victory, Powell County has now won four straight games against Lewis County. Of those four victories, three of them were by at least 21 points.

Friday night was a great night to be a Powell County Pirates football fan. Their team jumped out to a 35-0 lead, and went on to defeat the Lewis County Lions 48-24. The Pirates are now (2-1) this season; Lewis County is (0-3).

Brief Game Summary:
Early in the first quarter, Powell County’s Stephen Norris scored on a two-yard touchdown run to give the Pirates a 7-0 lead.

The Lions responded with a 92-yard touchdown pass from Bryson Dummitt to Peyton Spencer, which led to a successful two-point conversion. At halftime, Powell County led 35-8.

In the third quarter, the Pirates’ Tyler Charles scored on a 20-yard touchdown run to give the Pirates a 41-8 advantage. After the game, Powell County head coach Mike Jones said, “Tyler Charles had a big night tonight; he finished runs.”

In the fourth quarter, the Pirates cruised to a 48-24 victory.

What’s Next?
Powell County’s next game is scheduled for Oct. 2 in a home game against Fleming County.