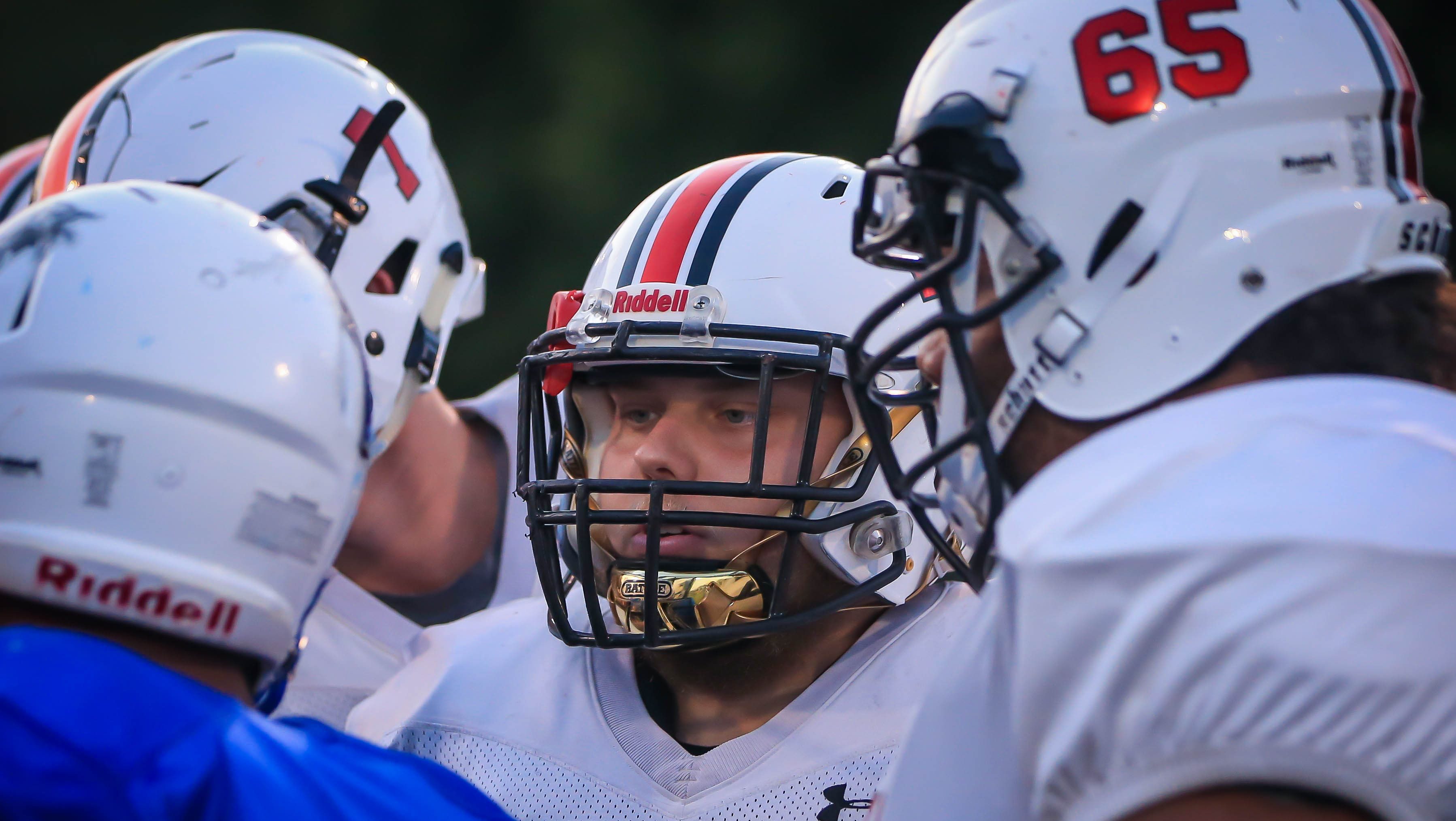 On Friday, September 27th, the Powell County Pirates hosted the Lewis County Lions. It was Alumni Night in Stanton as former Pirate football players were recognized at halftime. It was an all-around feel good night as the Pirates walked away with a 39-18 victory.

On the ensuing drive, the Lions fumbled and Powell County’s Jason Mullins recovered the fumble. The Pirates took over at their own 27-yard line. The Pirates took advantage by marching down the field and scoring their second touchdown of the game. Josh Ledford did the honors with a touchdown run from just outside of the end zone. The two-point conversion attempt was no good and the Pirates led 12-0.

Lewis County was forced to punt on the following possession. The Pirates responded with a promising drive which was cut short by a fumble just outside of the red zone. Each team punted on their next possession. The Lewis County drive began in Powell County territory and resulted in a touchdown.

The Pirates responded, only needing four plays for Josh Ledford to score his second rushing touchdown of the game. After Brian Baker’s extra point, the score was 19-6 Powell with 5:12 to go in the first half.

The Lions put together a sustained drive, scoring a touchdown right before halftime. The two-point conversion attempt was no good. Powell County led 19-12.

The Pirates got the ball back with little time in the half. Powell County was only able to run two plays, ultimately running out of time despite getting to the Lewis County 5-yard line. The score at the half was 19-12 in favor of the Pirates.

Powell County got the ball to start the second half. The Pirates marched down the field, capping off the drive with a 10-yard touchdown run by Josh Ledford. The two-point conversion attempt failed, making the score 25-12 in favor of Powell County.

Lewis County responded with yet another touchdown drive. The extra point attempt was no good, making the score 25-18.

The Pirates remained poised, piecing together a long drive which resulted in a short touchdown run by Josh Ledford as the third quarter ended. Powell County led 32-18.

On the ensuing possession, Lewis County threw another interception as Jason Mullins recorded his second interception of the night. Mullins returned the interception over 80 yards, for what would have been a touchdown, but a penalty negated his return and the Pirates took over at their own 26-yard line.

A fumble on the first play of the drive gave Lewis County the ball once again. The Pirate defense stood tall, forcing a turnover on downs. The Pirates ran out the clock in just three plays. The final score was 39-18 in favor of the Powell County Pirates.

Junior running back Josh Ledford had a career night, rushing for 152 yards and four touchdowns on 25 carries. Senior, Preston Wasson had seven carries for 87 yards and a touchdown. Fellow senior, Hunter Brown had six carries for 78 yards.

Powell County’s next game is at Fleming County on October 4th. The game is scheduled to start at 7:30.