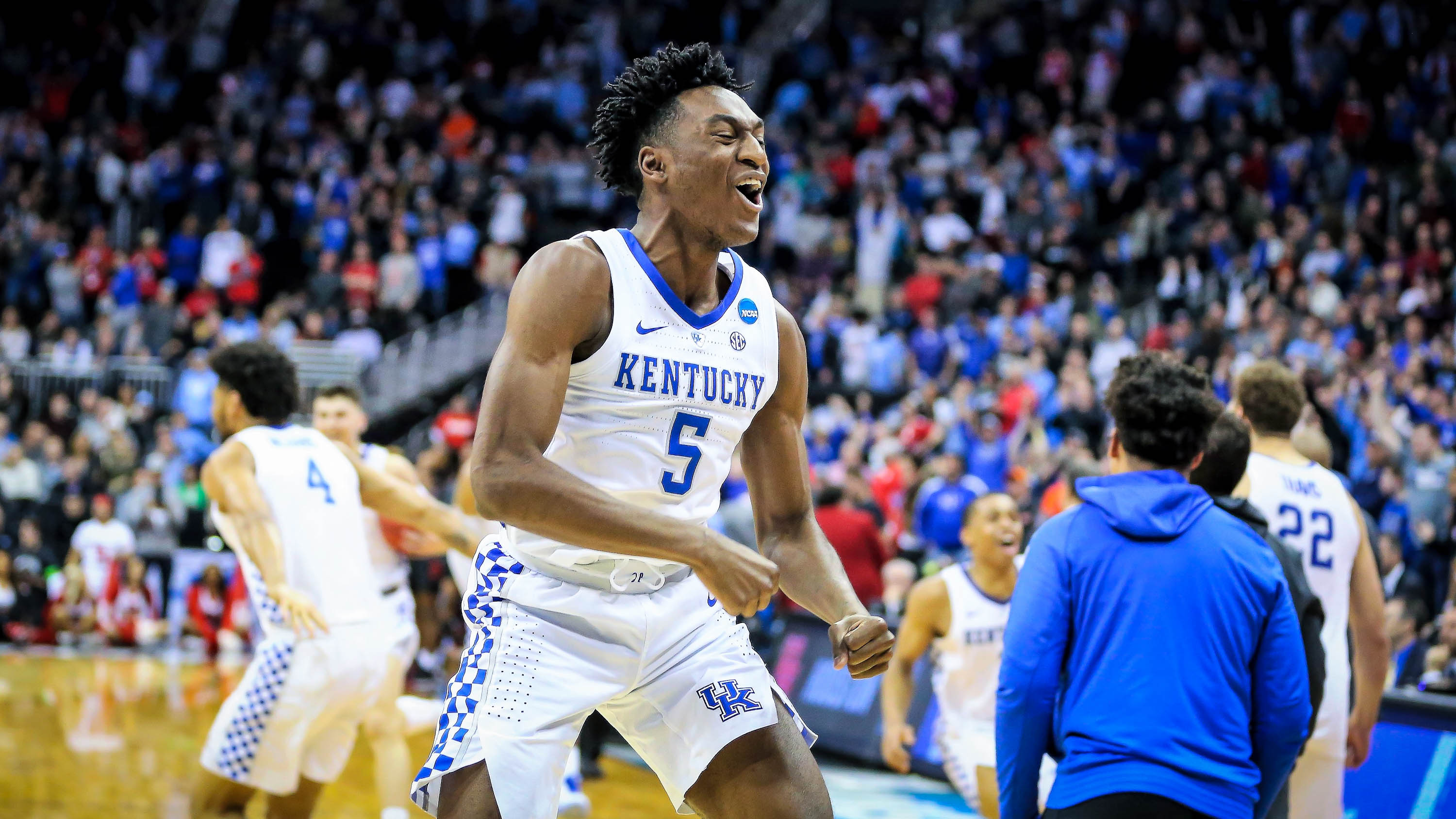 As for Thompson-Boling Arena, Quickley said the venue is “one of my favorite places to play” because of the similarity to Rupp Arena and the crowd noise. He added that trying to prove people and teams wrong is a big motivating factor when playing on the road.

“I think road games are probably the (most fun) for me,” Quickley said Friday. “Being at Rupp and being with (the home) fans is really cool and the best fans in the world, but just to be on the road, everybody is cheering against you that’s a different dynamic than everybody cheering for you, which is also pretty cool. Either way, you’ve just got to come out ready to play, play together and try to get a win.”

The Wildcats (17-5, 7-2 Southeastern Conference) haven’t fared well at Thompson-Boling Arena and have lost four straight to the Volunteers in Knoxville during Rick Barnes’ tenure as coach. The two teams split during the regular season last year, but the Volunteers have won eight of the last 12 games against the Wildcats at Rocky Top. Quickley said all three games last year were memorable.

“I just remember how bad we played at Tennessee last year and how good we played at home and the SEC Tournament (encounter) was a really good game,” he said. “That’s what comes to my mind the most.”

“Auburn was really crazy because they were winning, but Texas Tech, their environment was different,” he said. “I honestly feel like the floor was shaking when they were doing a little swag surf. It was insane. But Coach Cal tells us to just embrace this. We only have three or four road games left, and he tells us to go to on the road and embrace it.”

Tennessee, which compiled a 57-15 record during the past two seasons, has struggled somewhat this year and has lost three of its past four games. The Volunteers (13-9, 5-4) ended a three-game losing streak with a 69-68 triumph over Alabama earlier this week in Tuscaloosa.

“I watched one of the games we played a year ago man, they good,” Kentucky coach John Calipari said. “They were good.”

Although his teams haven’t won at Tennessee recently, Calipari has had some success in the past both at Kentucky and at his previous stop at Memphis.

“We’ve won some (games) down there,” he said. “We took a Memphis team in there and won, I think a couple of our teams here won (three). Anytime I’ve been in that building, it’s packed and it’s like a GAME and it’s a significant game. This one will be (as well). They’re a physical team, they play well, they are well-coached and they run their stuff. They will grind you, pressure you, deny you and do a little bit of everything. It will be a hard challenge for us.”

In Kentucky’s last encounter in Knoxville, the Volunteers put the finishing touches on a 71-52 rout on Admiral Schofield’s dunk and Quickley said it was “almost like Arkansas because you have to put your hands in your ears because it was so loud.”

“Hopefully this year, we can re-write that story down there,” Quickley said. “It will be fun to be in a good atmosphere and just compete.”