Quickley Pours in 30 to Lead CATS Past Aggies 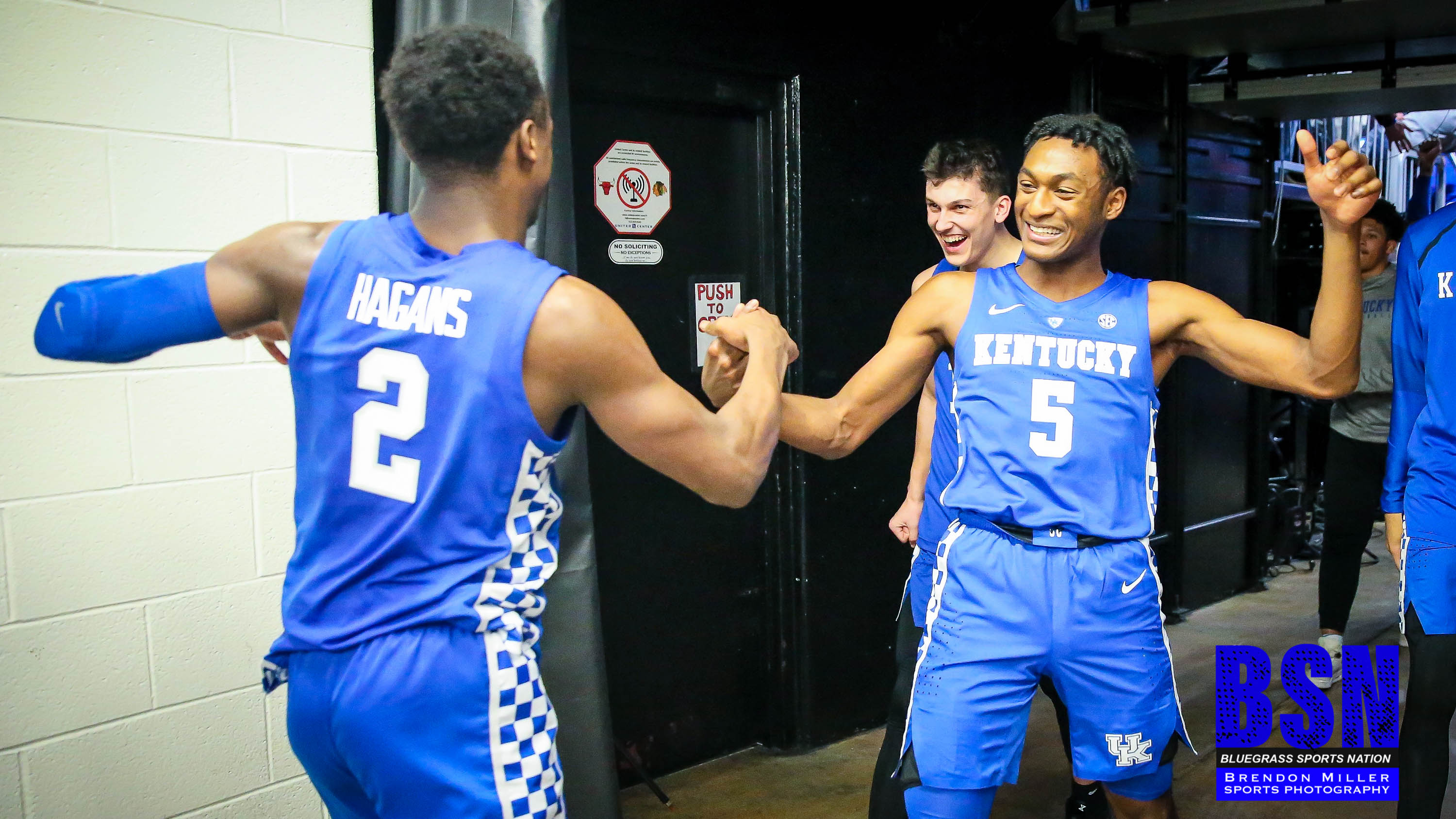 Immanuel Quickley picked up where he left off and turned in another impressive performance for Kentucky on Tuesday night.

Quickley, the Southeastern Conference Player of the Week, scored a career-high 30 points to lead the No. 8 Wildcats to a 69-60 win over Texas A&M at College Station.

“He shot the ball,” Kentucky coach John Calipari said. “… He had 30, it’s big and I love it. He made shots. He passed up (a shot for) Nate Sestina at halftime, but other than that (he played great). … Here’s what (is) great about this team. When he went into the locker room, they went nuts because he was doing TV after (the game).  That’s the thing about this group. When Nick (Richards) has come up big, they go crazy. EJ (Montgomery) has come up big and they go crazy. They are cheering each other’s successes.”

Quickley scored 26 in Kentucky’s 65-59 victory over Florida last Saturday and followed that up with a career performance against the Aggies. Quickley connected on eight 3-pointers, also a career-high and the most by a player in Calipari’s 11 seasons, and dished out two assists.

“He was super hot and fiery,” Montgomery said. “We trust him and he’s going to get better. He’s playing so well and I’m just proud of him. Thirty (points), that’s crazy.”

Kentucky (23-5, 13-2 Southeastern Conference) remained two games ahead of Auburn and LSU in the conference standings with three games remaining in the regular season. The Wildcats have won seven straight games and 15 of their past 17 contests. The Aggies (14-13, 8-7) had a three-game winning streak snapped after scoring a season-high 87 points in a 12-point win over Mississippi State last Saturday.

Quickley, who scored 22 points in the second half against the Gators, was a spark in both halves against the Aggies as he tallied 16 points in the opening half. He made four treys in the first 20 points and added four more in the second frame. Quickley has led the Wildcats in scoring the last four games and is averaging 23.5  points per outing during that span.

Behind the hot hand of Quickley, the Wildcats made 11 of 22 attempts from 3-point range.

Tyrese Maxey followed Quickley with 13 points, while Ashton Hagans added 11. Hagans returned to the starting lineup after coming off the bench as a precaution against Florida last weekend. Montgomery just missed a double-double with eight points and 10 rebounds.

“EJ was outstanding,” Calipari added. “That’s as good as I’ve seen EJ play in a while. He really played good.”