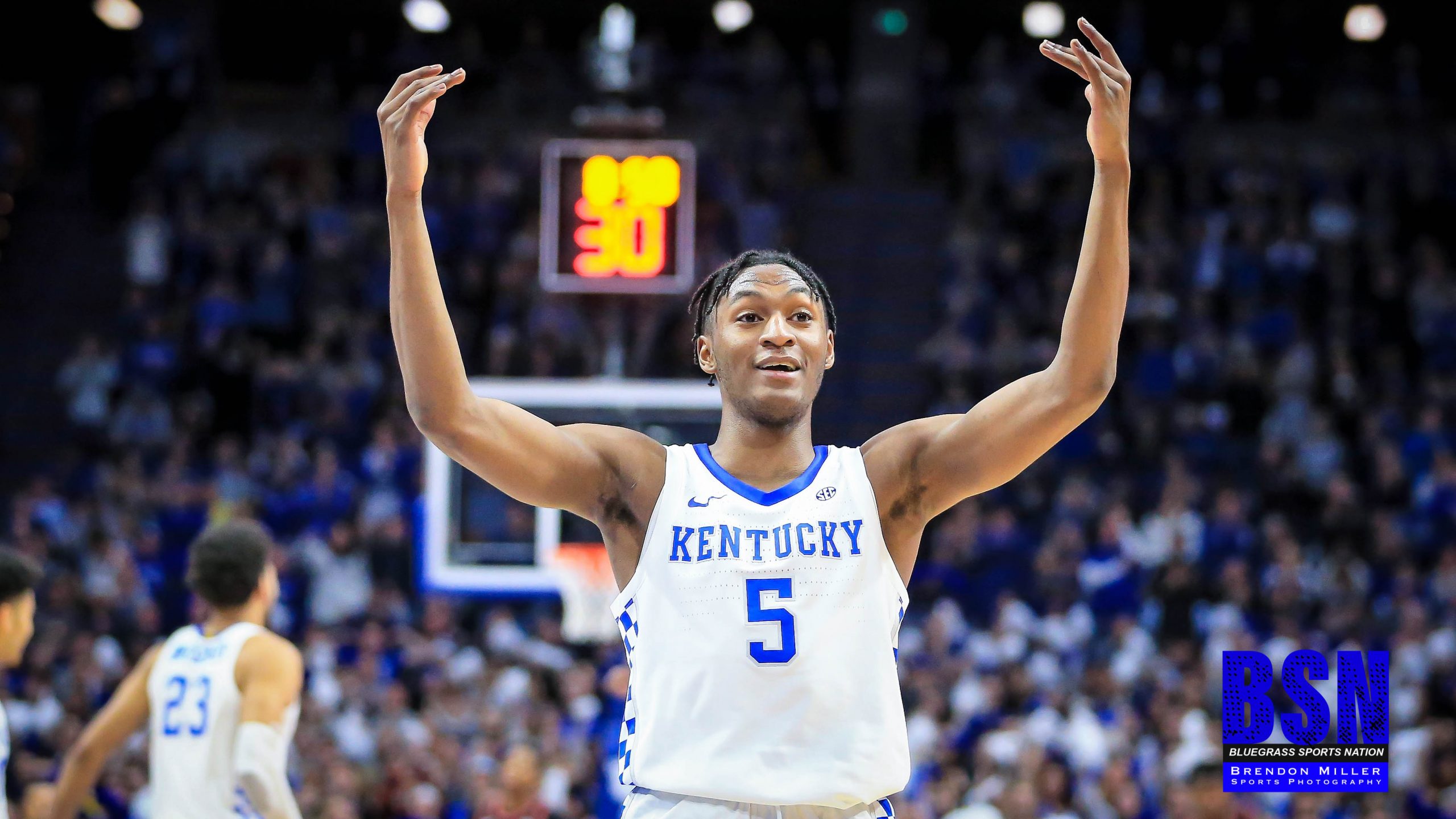 Immanuel Quickley’s transformation made an impression on the Southeastern Conference.

Quickley was named the league’s Player of the Year Tuesday ahead of the conference tournament set to begin Wednesday in Nashville.

Kentucky coach John Calipari was named Coach of the Year for the fourth time after guiding the Wildcats to a 26-5 record, including a 15-3 mark in the SEC, giving Kentucky its 49th league title.

Quickley is the ninth player in school history to win Player of the Year honors and the fifth player under Calipari to win the honor.

The sophomore guard averaged 16.1 points per game and tallied a career-high 30 points in a 69-60 win over Texas A&M last month at College Station.

Kentucky junior Nick Richards joined Quickley on the first team. Like Quickley, Richards has enjoyed a turnaround campaign and his emergence gave the Cats a boost this season.

Going into the postseason, Richards is averaging 14 points and a team-high 7.8 rebounds per game. Richards scored 19 in a come-from-behind 71-70 win at Florida to end the regular season last Saturday in Gainesville. Richards also leads the Wildcats with 66 blocks, including 18 games with multiple rejections.

“They are both well deserving,” Kentucky associate coach Kenny Payne said earlier this year. “They both have had good years to this point. They’ve done their jobs. They’ve done well to this point. I’m proud of both. Immanuel Quickley, who probably doesn’t get enough credit simply from where he came from to where he is today, unbelievable.

“Where he is mentally as opposed to last year where his mind was racing and there was so much doubt, the growth that he’s shown, not just in the shooting and in basketball and making plays, but just mentally of being sure who he is as a player, it’s a long way. He came a long way.”

In addition to Quickley and Richards, Tyrese Maxey was a second-team All-SEC selection and named to the All-Freshman team. Ashton Hagans and Richards were named to the SEC’s All-Defensive Team.

Maxey is averaging a team-high 19 points to go along with 5.3 rebounds in UK’s six games vs. Associated Press Top 25 opponents. He has scored 20 or more points in six games this season.

In true road games, Maxey ranked second on the team with an average of 14.4 points. He also added 4.4 rebounds, 3.3 assists and 1.0 blocks per game.

Payne was named to the “A STEP UP” assistant coaches Hall of Fame Class of 2020 on Tuesday.

Calipari was glad to see his top assistant coach receive the prestigious honor.

“Kenny shuns the spotlight, and yet isn’t it funny how those kinds of people – the ones who care only about their work – are the ones we honor at the end of the day. And let me just say this: When he gets the opportunity to run his own program, he’ll be a Hall of Famer there, too. Congratulations to Kenny on this well-deserved honor.”