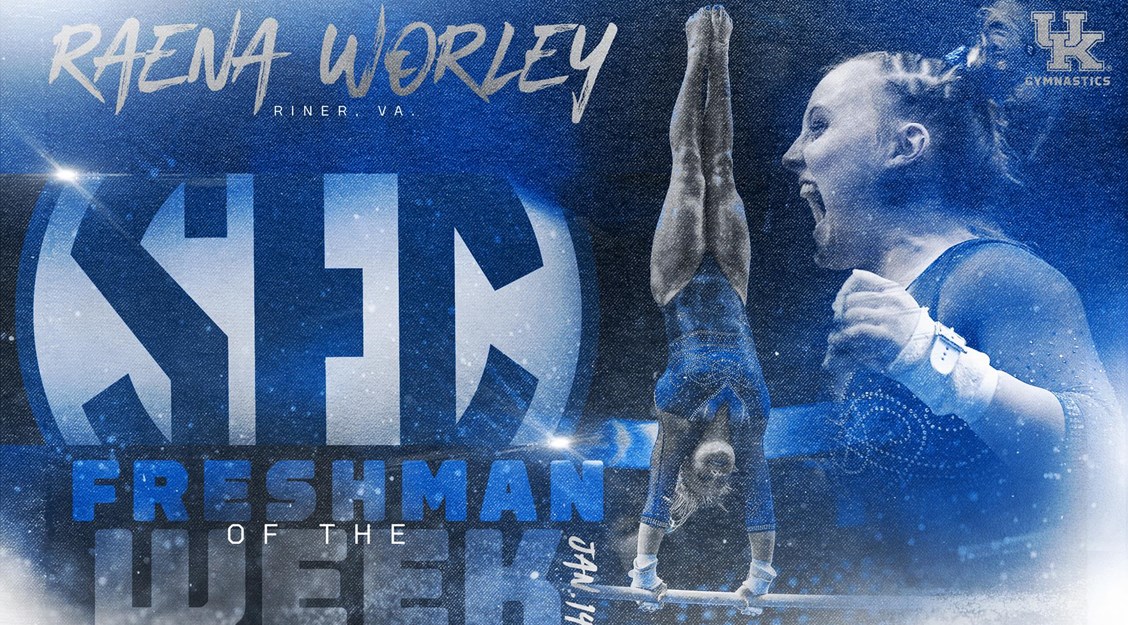 LEXINGTON, Ky. – Behind three routines of 9.800 or better during her first collegiate all-around performance in No. 10 Kentucky’s 196.525-195.500 victory over No. 8 Missouri last Friday, Raena Worley was named Southeastern Conference Freshman of the Week on Tuesday.

“Raena being recognized as SEC Freshman of the Week is a huge accomplishment early in her career,” said head coach Tim Garrison. “She genuinely loves gymnastics, and that joy comes through in her training and competitive performances. She’s just getting started, and we are very excited about what the future holds.”

Last weekend, Worley reset season highs on vault (9.750) and floor (9.900), matched an impressive mark on beam set in her season debut the week prior (9.800) and made her first career appearance on bars with a 9.800. The Riner, Virginia, native’s night was highlighted by a second-place performance on floor and a third-place showing among a field of five all-arounders by way of a 39.250 total, finishing behind only UK upperclassmen Mollie Korth and Ella Warren across both events.