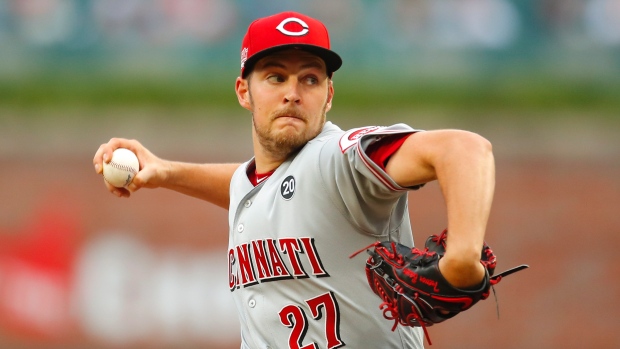 Cincinnati is now (3-3) against Detroit this season.

On Sunday, the Cincinnati Reds faced the Detroit Tigers in a very unordinary double-header at Comerica Park in Detroit. Based on the new rules that were recently implemented by the MLB due to the ongoing pandemic, today’s contests marked the first scheduled seven-inning double-header in MLB history.

Entering today, Cincinnati had a (2-5) record, and were in desperate need of winning both games. Each game was relatively close throughout, but the Reds emerged victorious in both matchups.

In the first game of the day, the Reds jumped out to a quick lead thanks to a two-run homer from Nick Castellanos. However, the former Detroit Tiger wasn’t done yet. In the third inning, he drilled a solo home run to give the Reds a 3-0 lead. Everything was going good for the Reds until they pulled starting pitcher Anthony DeSclafani, whose pitch count sat at 64, after the fifth inning.

The Reds’ bullpen has gotten off to a historically bad start this season and has emerged as the team’s Achilles heel. That didn’t change much today as the Reds gave up three runs in the sixth inning, in part due to a fielding error by Castellanos, which allowed three runners to score. The Reds rebounded in the seventh inning and claimed a 4-3 victory.

In the back half of the double-header, the Reds’ starting pitcher was Trevor Bauer. He pitched all seven innings and had a great game. Bauer recorded seven strikeouts and only surrendered two hits. The Reds scored a run in both the first and second inning. Cincinnati held a 2-0 lead going into the seventh inning. The Reds tallied two runs in the seventh and kept the Tigers scoreless. Cincinnati got the victory, 4-0.

Today was a good sign for Reds fans. While the Tigers are considered to be one of the weaker teams in the MLB, Cincinnati is now (4-5) this season and are trending in the right direction. As I’ve mentioned in the past, if the Reds are going to make the playoffs, they have got to win games like today’s.

What’s Next?
The Reds begin a four-game series against the Cleveland Indians on Monday, August 3, at 6:40 p.m. ET. The first two games of the series will be played at Great American Ball Park, and the Reds will travel to Cleveland to finish the series.