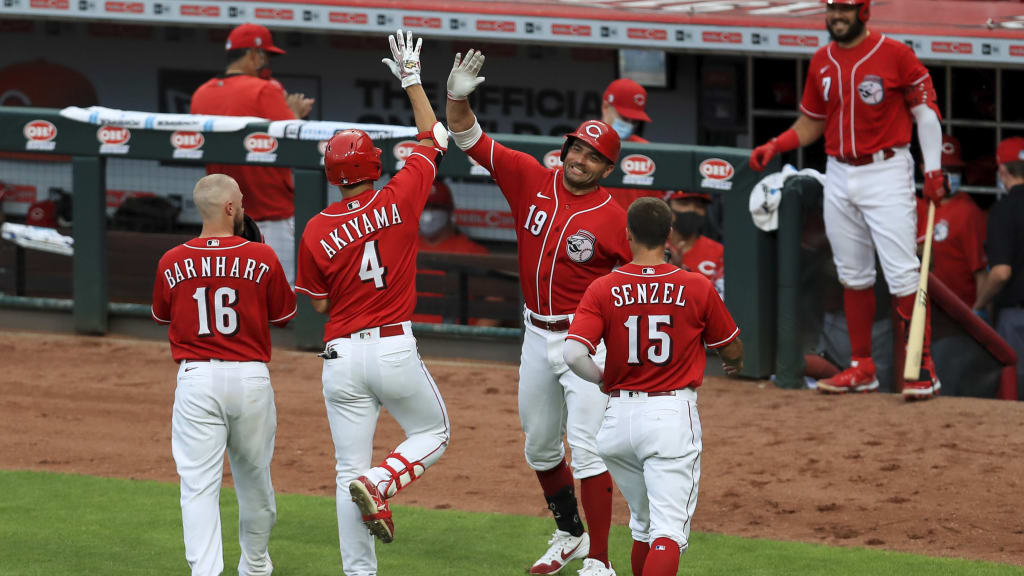 The Reds and Tigers tuned up with nine home runs tonight in Great American with the Reds delivering five in a 9-7 come-from-behind victory.

It was a 6-6 game in the bottom of the eighth inning when Tigers reliever Beau Burrows hit Joey Votto. Eugenio Suárez came up to bat next and slugged a 1-1 pitch into the left-field upper deck for a two-run homer and the lead. Suárez led the Reds last season with 49 home runs.

The Tiger jumped on top with three consecutive home runs in the top of the second inning by JaCoby Jones, Niko Goodrum and Jonathan Schoop staked Detroit to a 5-0 lead and ending Red’s starter and 2019 top draft pick, Nick Lodolo’s night.

The Reds used homers to get back into the game against Tigers starter Dario Agrazal. Freddy Galvis’ two-run drive to right field in the bottom of the second and Tucker Barnhart’s solo homer to right field in the third made it a 5-3 game. The score was 6-3 when Shogo Akiyama slugged a 1-0 pitch from David McKay to center field for the game-tying, three-run home run — unofficially his first in a Reds uniform.

Pedro Strop got the win and Raisel Iglesias the save.

The Reds and Tigers play another exhibition tomorrow night before getting the season going on Friday, Satruday, and Sunday.