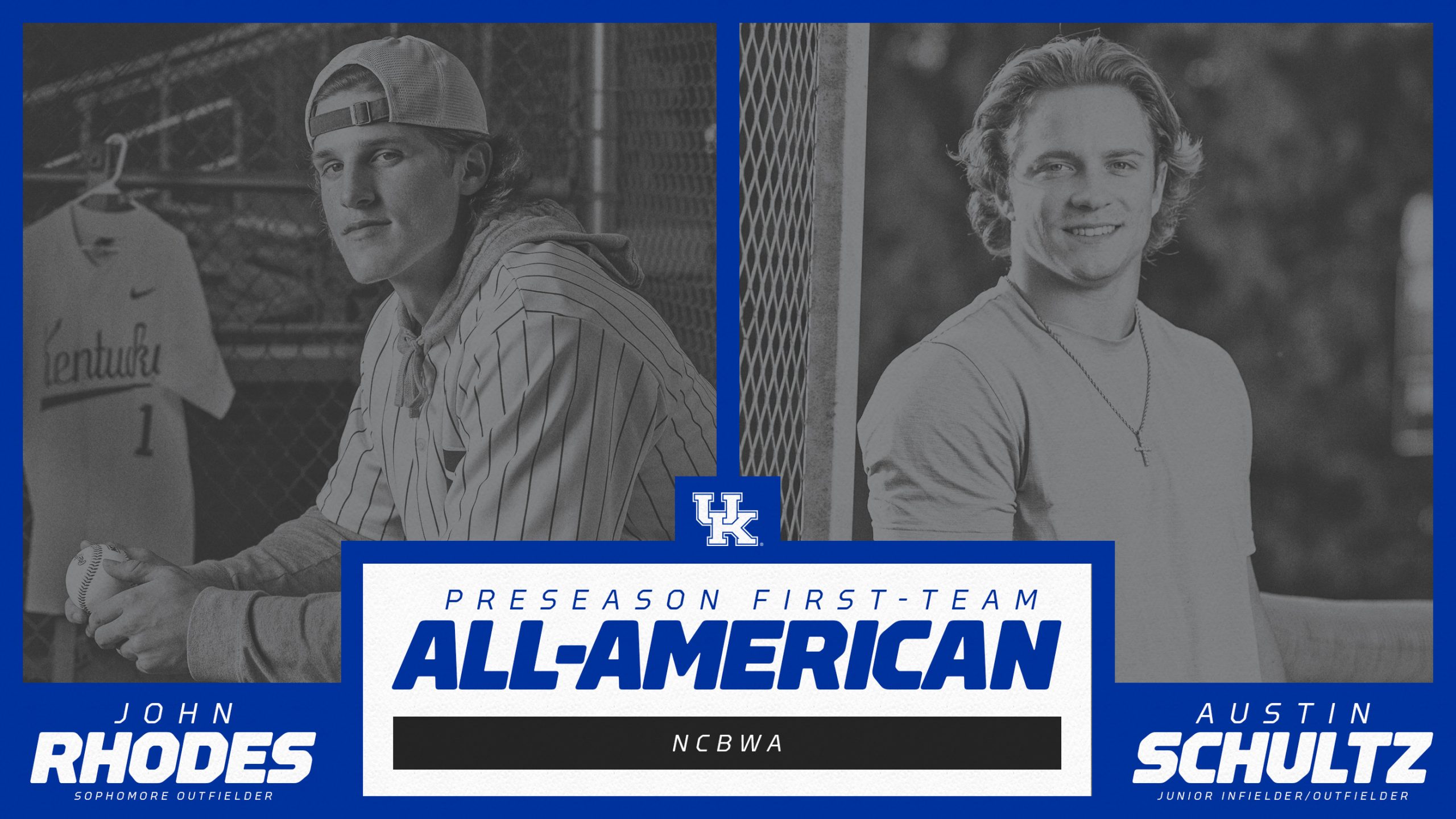 Kentucky baseball outfielder John Rhodes and infielder/outfielder Austin Schultz each were named Preseason First-Team All-America by the National Collegiate Baseball Writers Association, it was announced on Wednesday. Kentucky is one of just three teams in the nation to have two first-team selections.

Rhodes previously had earned Third-Team Preseason All-America recognition from Baseball America, D1 Baseball and Collegiate Baseball, the latter of which named him the 2020 National co-Freshman of the Year after a blistering start to his collegiate career. He is considered one of the top prospects for the 2021 Major League Baseball Draft, ranking as high as the No. 32 overall prospect by MLB.com/MLB Pipeline.

Schultz was named the first-team second baseman after hitting .393 with 11 extra-base hits and a team-high 20 runs and 20 RBI in just 61 at-bats last spring. He ranked third in the Southeastern Conference in total bases with 46 and fourth in slugging percentage at .754. The Adams, Nebraska native had five doubles, a triple, five home runs, five stolen bases and posted a 1.233 OPS as he anchored the Wildcats’ offense.

Kentucky is set to open the 2021 season on Feb. 23 at Kentucky Proud Park against Miami University.