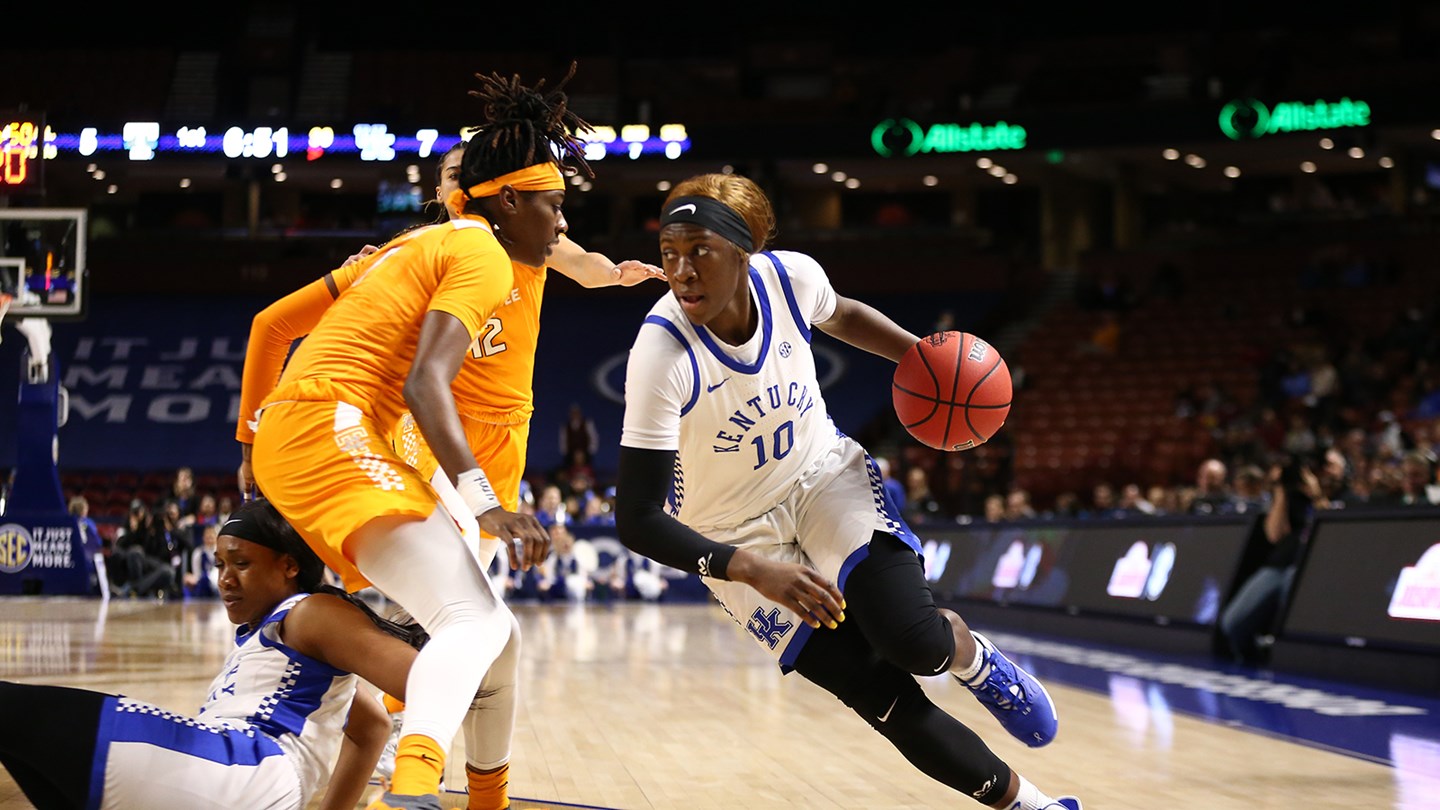 University of Kentucky sophomore guard Rhyne Howard has been voted to the 2020 Southeastern Conference All-Tournament Team becoming the 12th player in program history and the eighth under Matthew Mitchell to be honored as one of the best players at the event.

The native of Cleveland, Tennessee, shined in both of Kentucky’s games at the event scoring 24 points in the Wildcats’ quarterfinal win against Tennessee while she had 26 points against Mississippi State in the semifinals Saturday. Howard went 7-of-20 from long range in the game with a combined 15 rebounds, six assists, four steals and two blocks.

Howard has had a sensational sophomore season for Kentucky, leading the Wildcats and ranking third nationally with 23.4 points per game. The guard also leads UK with 6.5 rebounds per game and 62 steals, while she is second on the team with 29 blocks and third on the team with 68 assists. Howard has hit 84 3-pointers this season, which is the most in program history in a single season, topping the previous record of 81 set by Sara Potts in 2004-05. Howard’s 23.4 scoring average is the most for a UK player under Matthew Mitchell and the fourth-best average in program history.

The native of Cleveland, Tennessee, was recently named the SEC Player of the Year, All-SEC First Team and SEC All-Defensive. Those honors came from league coaches on the same day she was named a semifinalist for the 2020 Citizen Naismith Trophy. Howard has been named SEC Player of the Week four times this season and was espnW National Player of the Week in early January. Howard is on nearly every national player of the year watch list this season. Most recently, she was named a semifinalist for the Citizen Naismith Trophy and placed on the national ballot for the John R. Wooden Award. She has also been tabbed a semifinalist for the Cheryl Miller Award, which annually honors the best small forward in women’s college basketball and is on the WBCA Wade Trophy Midseason Watch List and Dawn Staley Award Midseason Watch List, establishing her as a top candidate for national player of the year.