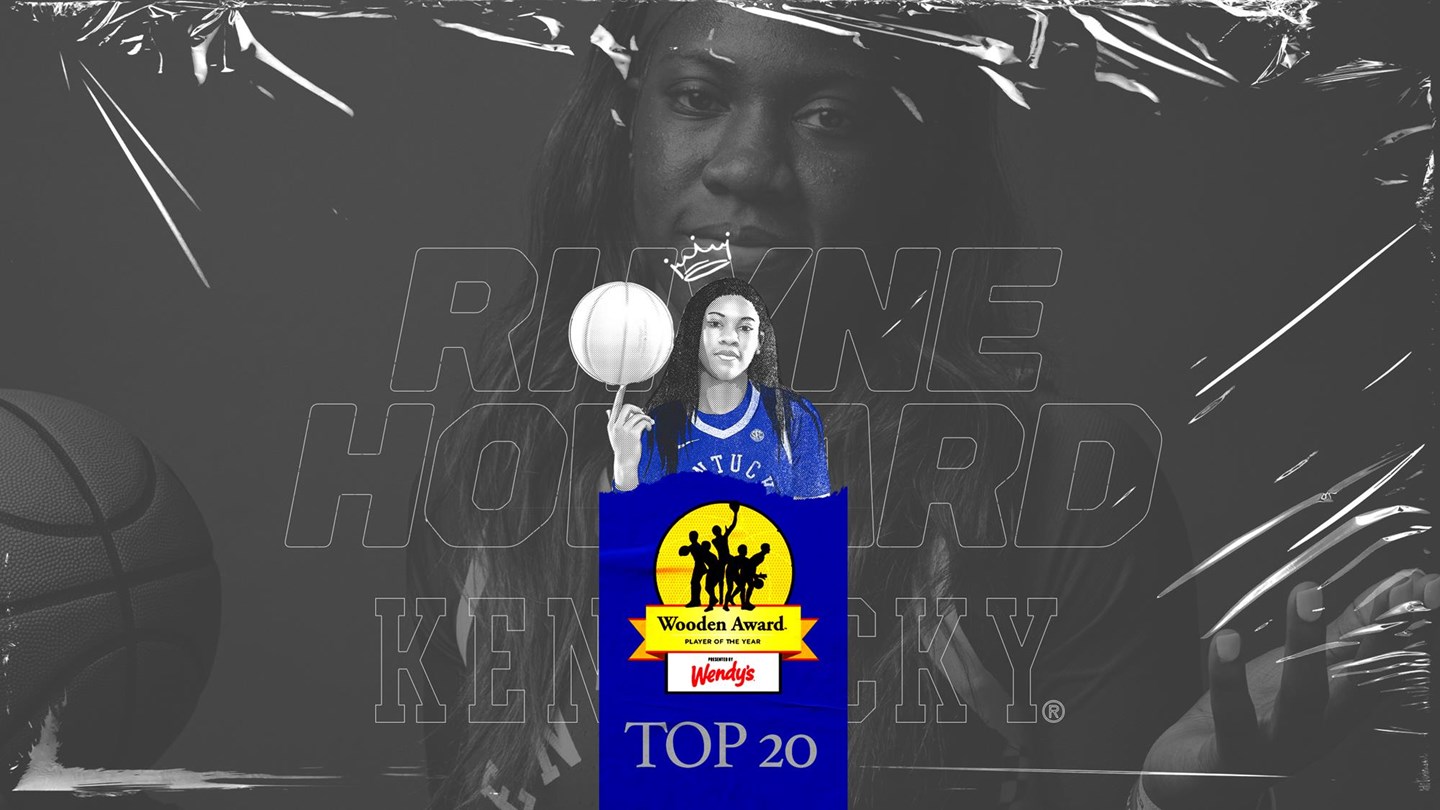 Sophomore guard is averaging a team-best 23.2 points per game this season

LEXINGTON, Ky. – University of Kentucky sophomore guard Rhyne Howard has been named to the John R. Wooden Award Late-Season Top 20 Watch List making her a candidate for the nation’s most prestigious national player of the year award, it was announced Monday night.

Chosen by a poll of national college basketball experts based on their performances during the first half of the 2019-20 season, the list is comprised of 20 student-athletes who are currently the front-runners for the sport’s most prestigious honor and the John R. Wooden Award All American Team®.

The players on the list are considered strong candidates for the 2020 John R. Wooden Award Women’s Player of the Year presented by Wendy’s. The National Ballot consists of 15 top players who have proven to their universities that they meet or exceed the qualifications of the Wooden Award. Nearly 1,000 voters will rank in order 10 of those 15 players when voting opens prior to the NCAA Tournament and will allow voters to take into consideration performance during early round games. The Wooden Award All American Team™ will be announced the week of the “Elite Eight” round of the NCAA Tournament. The winner of the 2020 John R. Wooden Award will be presented by Wendy’s during the ESPN College Basketball Awards on Friday, April 10, 2020.

Howard was leading the nation in total points with 441 and sat third in points per game at 23.2 before injuring her finger in the second half of Kentucky’s 68-61 win over Auburn. She did return to the game with just under five minutes remaining and scored five points with a key steal and block to clinch the win but have missed both of UK’s games since and is expected to be out until mid-February.

The sophomore guard is having an incredible season for the Wildcats, who are 17-4 and currently ranked No. 15 in the Associated Press Top 25. Howard is averaging 23.2 points per game and 6.3 rebounds per game, adding 61 3-pointers, 49 assists, 45 steals and 22 blocks. The native of Cleveland, Tennessee has been named Southeastern Conference Player of the Week three times this season and was espnW National Player of the Week in December.

Kentucky will return to action Thursday vs. Alabama at 7 p.m. ET on SEC Network+ before traveling to No. 25 Arkansas on Sunday for a 4 p.m. ET tip on ESPN2.