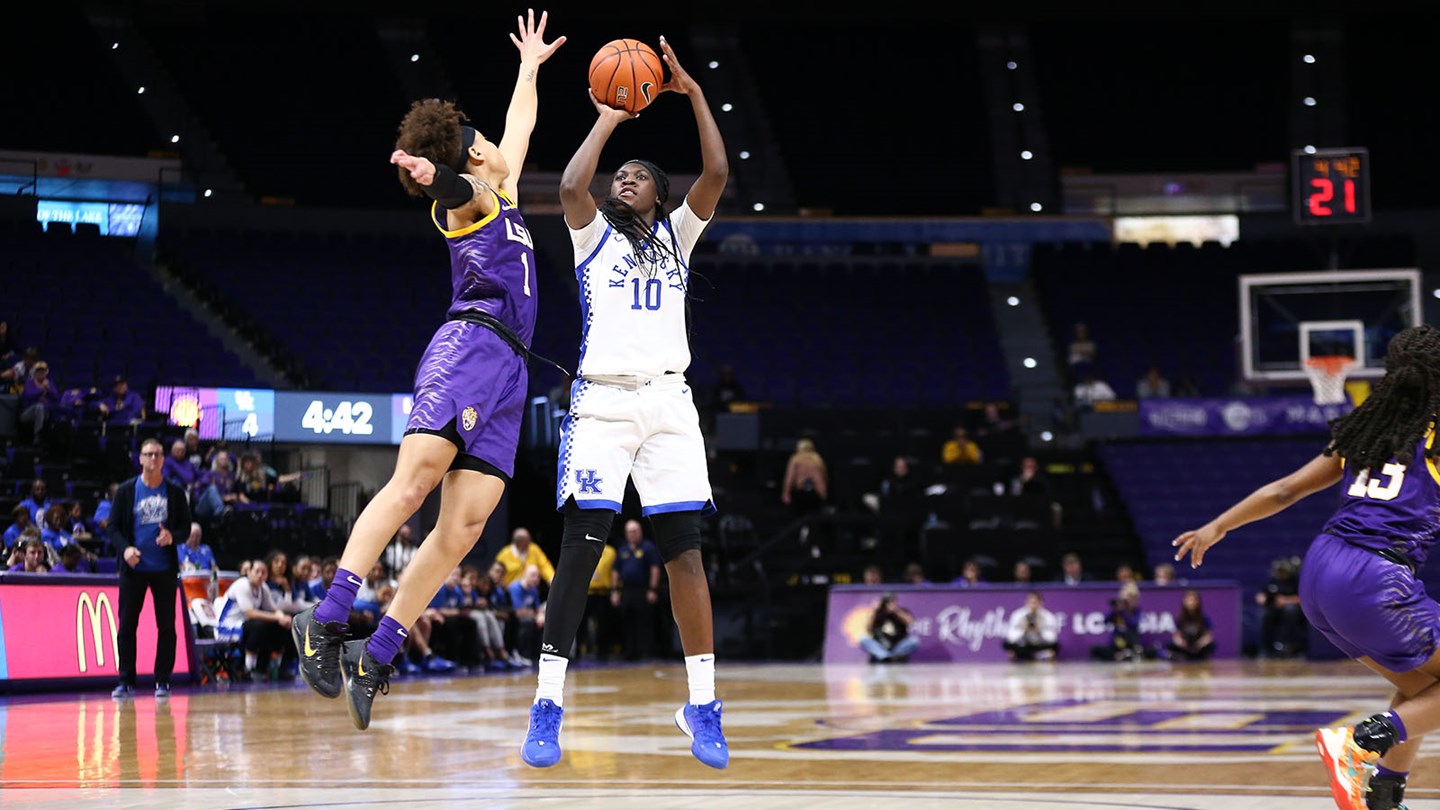 LEXINGTON, Ky. – It’s another national watch list for University of Kentucky sophomore guard Rhyne Howard, who was recently named one of 15 players to the 2020 Dawn Staley Award Mid-Season Watch List.

According to the award’s website, the Dawn Staley Award is given annually to a player who exemplifies the skills she possessed throughout her career in ball handling, scoring, her ability to distribute the basketball and her will to win. Four finalists will be announced in March and the winner will be announced the weekend of the Final Four. The event will be held at the Union League on Thursday, April 9th from 6-8 p.m.

Earlier this week, Howard was named to the John R. Wooden Award Late-Season Top 20 Watch List establishing her as one of the top candidates for national player of the year. The reigning unanimous national freshman of the year last season, Howard has been tabbed to nearly every watch list for national honors. The guard is on the Citizen Naismith Trophy Watch List, Cheryl Miller Award Preseason Watch List, WBCA Preseason Wade Watch List, USBWA Ann Meyers Drysdale Watch List and was Preseason All-SEC First Team by both league coaches and league media. The native of Cleveland, Tennessee has been named Southeastern Conference Player of the Week three times this season and was espnW National Player of the Week in December.

Howard was leading the nation in total points with 441 and sat third in points per game at 23.2 before injuring her finger in the second half of Kentucky’s 68-61 win over Auburn in late January. She did return to the game with just under five minutes remaining and scored five points with a key steal and block to clinch the win but has missed all three of UK’s games since and is expected to be out until mid-February.

Kentucky will return to action Sunday at Arkansas at 4 p.m. ET on ESPN2 before an open date in the schedule next week. UK will return home on Sunday, Feb. 16 to play host to top-10 ranked Mississippi State at 5 p.m. ET inside Memorial Coliseum. Tickets for all Kentucky women’s basketball home games this season are available online at ticketmaster.com.