Riah Walker and Gabby Curry Send No. 2 Kentucky Past Auburn 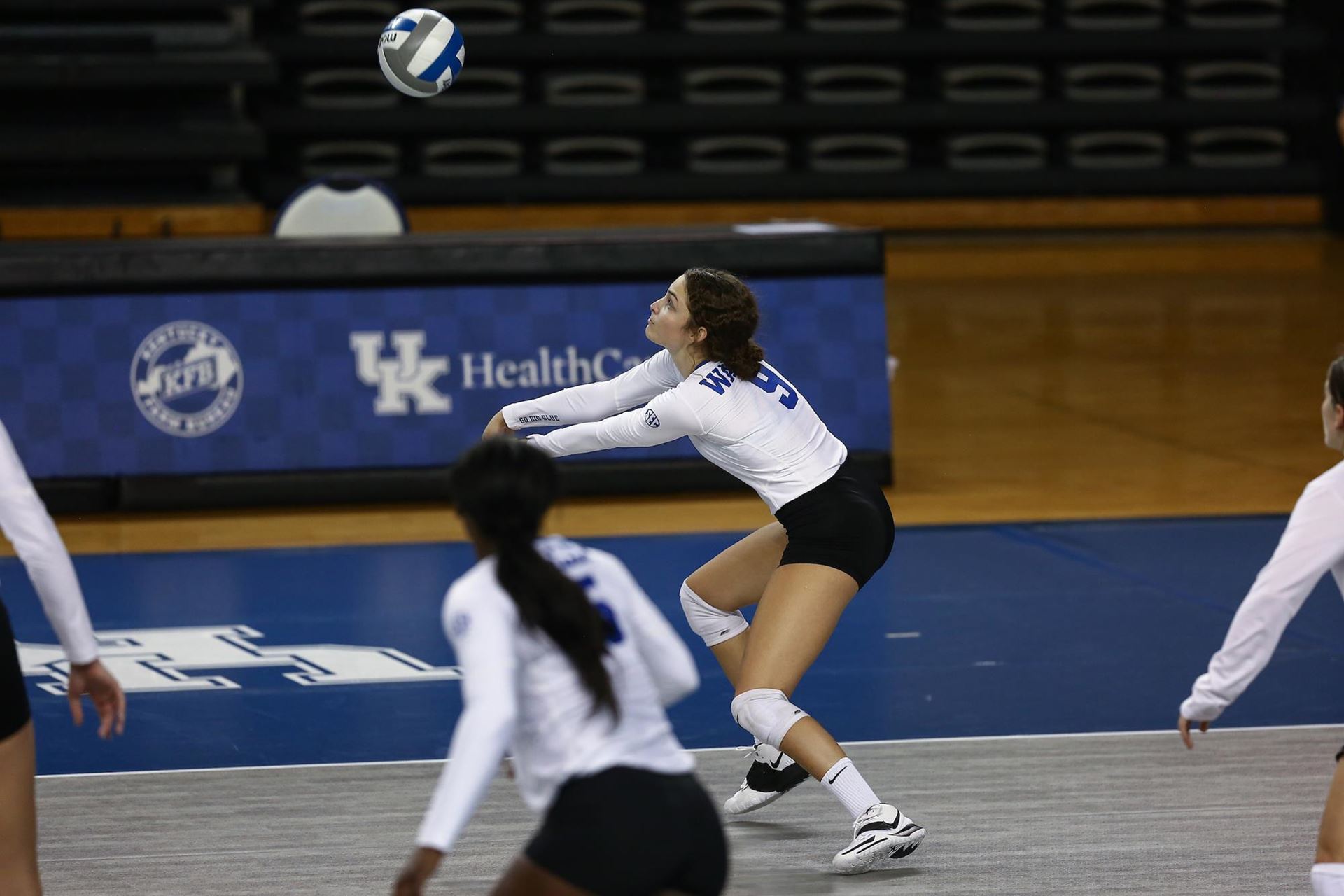 Wildcats move to 6-0 on the season

Paced on defense by freshman Riah Walker and senior libero Gabby Curry, the No. 2 Kentucky Wildcats raced past the Auburn Tigers 3-0 (25-12, 25-19, 25-15) on Sunday afternoon at Memorial Coliseum.

With the win, Kentucky improves to a perfect 6-0 in the abbreviated fall season and finishes off a perfect 4-0 fall inside Memorial Coliseum in Lexington.

Both Curry and Walker had 10 digs on Sunday, as Kentucky held Auburn to just .112 hitting on the night as a team, and only 29 kills in the match as a team.

Kentucky hit .371 as a team, with Alli Stumler recording 18 kills in the match on .515 hitting with 12 digs, as she tallied her second double-double in as many nights against the Tigers. Stumler led all UK players with 12 digs, as Madison Lilly continued her torrid start to the year with 36 assists in the match to go along with eight digs and a trio of kills.

Kentucky raced out to an early 4-1 lead inside the first five points and Auburn called a timeout after the deficit reached three points. The timeout was bookended by thunderous kills from Madi Skinner after the freshman earned her first-career start. Alli Stumler got into the action and heated up midway through the set, logging a pair of kills from the left side on back-to-back points and after a successful challenge by head coach Craig Skinner to make it 16-8 in UK’s favor, Auburn took its second timeout of the match. Kentucky closed out the set with Stumler’s sixth kill of the match and took the opening frame, 25-12. UK hit .536 in the set and held Auburn to just .105 thanks in part to five digs from Gabby Curry.

Thanks to the continued impressive serving of Riah Walker, the Wildcats jumped out to a 4-0 lead in the second set, as the freshman recorded her first ace of the match in the opening sequence of the set. Kentucky took a 15-11 lead into the media timeout, as Stumler continued to impress with eight kills in the match to that point and Bella Bell also made her mark on the match with a kill and a nice one-handed stop at the net to keep a marathon point alive. Auburn took its first timeout of the set trailing 19-12 with UK notching a 3-0 scoring run to open up its largest lead of the set. Kentucky closed out the set, 25-19 with a .333 hitting percentage and 21 assists from Madison Lilley.

Kentucky won seven of the first eight points in the third set to take a 7-1 lead as Stumler’s match-high 13th kill of the match vaulted the Tigers into a timeout as the Wildcats took firm control of the third early. Auburn climbed back into the set, pulling to within one point at 13-12 before an Azhani Tealer kill, her seventh of the match, pushed Kentucky back out in front by a pair. UK won seven of the last eight points in the match to close things out in a sweep.