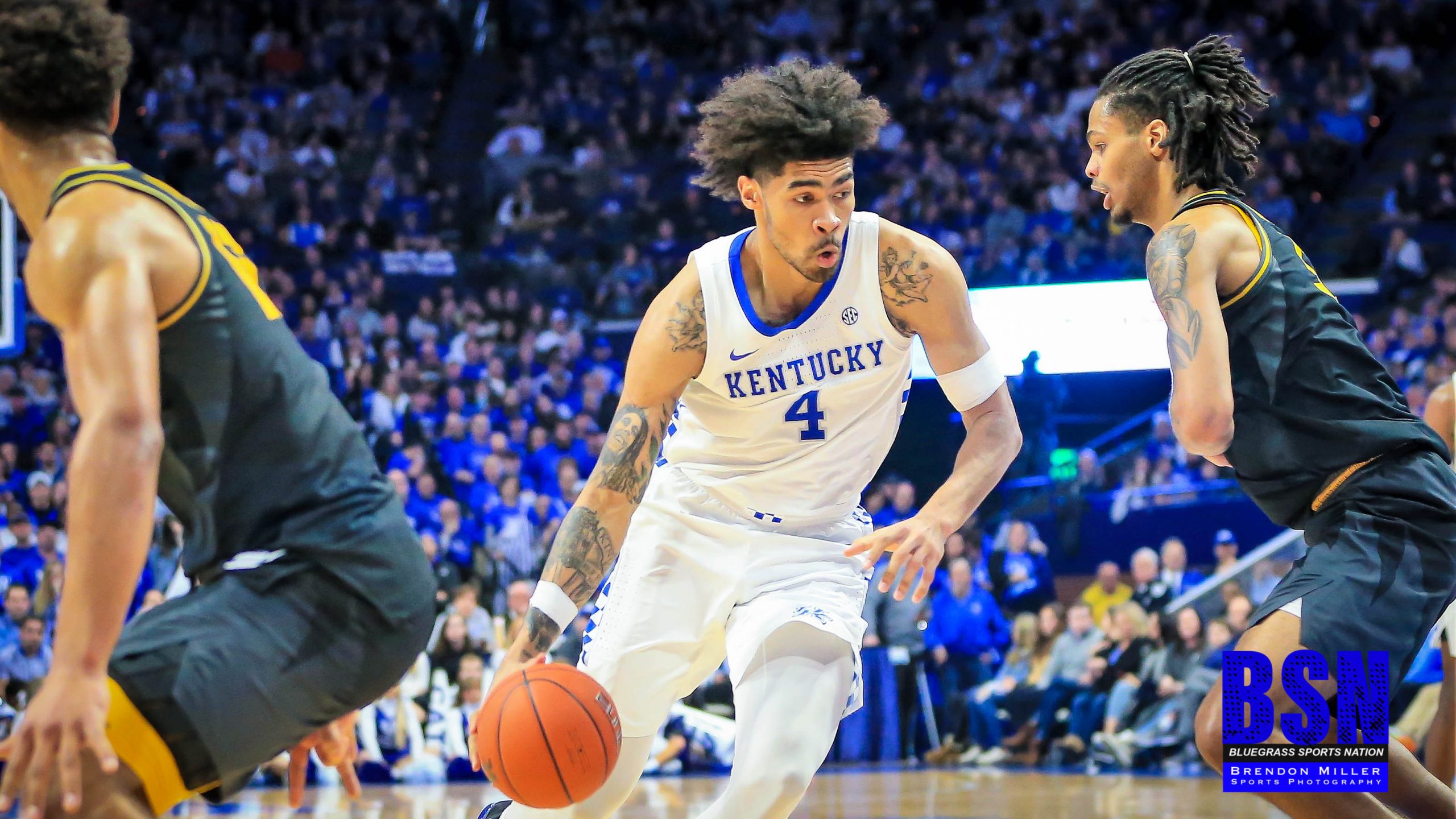 The Cats led by as many as 16 points en route to a 71-59 victory over the Missouri Tigers.

On Saturday, Nick Richards and UK got the decade started off the right way with a victory over the Missouri Tigers inside Rupp Arena. Immanuel Quickley played tremendous basketball and would have been the lead story had it not been for the exceptional play of Nick Richards.

Nick Richards put forth one of his best games as a Wildcat, the first half in particular. The most impressive part of Richards’ play is that he didn’t score all of points around the rim via dunks or elementary layups. In fact, Richards was 4-of-6 on jump shots in the first half. Earlier in the year, Coach Calipari alluded to the fact that Nick Richards might be the best mid-range shooter on the team.

It goes without saying that if Nick Richards can post similar stats going forward, the Cats will be hard to defeat. Richards doesn’t have to have incredible numbers like he did today, but if he could provide a consistent 12-15+ points and 8-10+ rebounds, that would help the Cats exponentially. There have been times this season, where the Cats have gotten little production from their frontcourt.

Game Summary:
The Cats came out of the gate slow, but Nick Richards was able to carry the team until the others began to hit their shots. In fact, Richards scored the first nine points for the Cats and it took nearly 10 minutes for a Wildcat other than Nick Richards to score.

With Missouri leading 17-9 with 10:22 remaining in the first half, UK came to life. The Cats rattled off a 14-2 run which featured five points from Nick Richards to make the score 23-19 with 6:38 to play before halftime. The Cats led by as many as eight  but had a 31-26 lead at halftime. Nick Richards finished the half with 17 points, eight rebounds, and three blocks in 18 minutes of play.

Nick Richards finished the game with 21 points on 9-of-13 shooting from the floor, while hauling in 12 rebounds and tallying four blocks.

Immanuel Quickley led all scorers with 23 points while shooting 5-of-9 from the floor, 4-of-8 from 3-point range, and a perfect 9-of-9 from the free throw line.

It is important to note, Kahlil Whitney only played eight minutes against the Tigers and only two minutes in the second half. Also, Johnny Juzang did not see any minutes today, reportedly due to an illness.