Ritter Me This: Kentucky Takes Down No. 5 Louisville 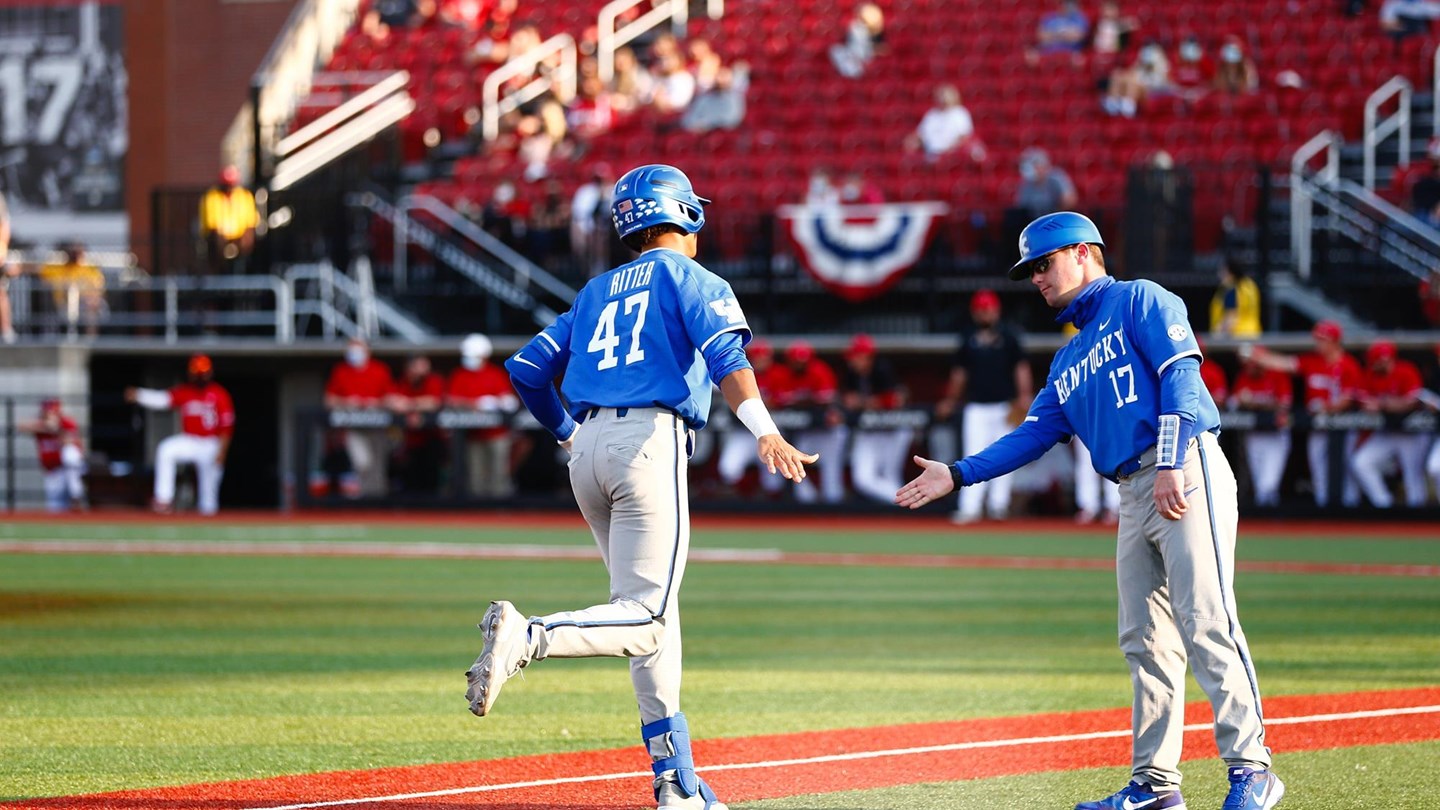 Ryan Ritter’s coming out party came at the perfect time for Kentucky.

The sophomore shortstop drove in six runs with a three-run home run and three-run double in his first two at-bats, then delivered three breathtaking defensive plays as the Wildcats scored an 11-7 road victory over No. 5 Louisville on Tuesday night at Jim Patterson Stadium. It’s the Cats’ first road win over a top five team since 2017 and first in Louisville since 2013.

Ritter dazzled on a night when the Cats (19-7) needed to make a statement. He crushed a no-doubt three-run homer to straightaway centerfield to stake UK to a 3-0 lead and then narrowly missed a grand slam an inning later, settling for a three-run double off the top of the fence to put the Cats up for good. It’s just the seventh time since the beginning of the 2011 season a UK player has driven in at least six runs.

As good as he was offensively, Ritter may have been even better defensively. He ranged to the opposite side of second base on a ground ball and threw out one of the fastest runners in college baseball to save a pair of runs, made a sliding stop and throw on a ball deep in the hole and then leaped to snare a liner in the ninth that saved another two runs.

In a game that took longer than four hours to complete, the Cats rapped out 15 hits and saw seven of their own pitchers come to the mound, eventually culminating in Hunter Rigsby earning the first save of his career.

Bottom 2nd – Masterman walked and scored on Leonard’s double off the LF wall. Dunn looped a single to CF, scoring Leonard. Knapczyk singled through the left side, Dunn to third. Dunn scored on an Usher SAC fly. UK 3, UL 3.

Top 5th – Ritter walked, moved to second on a wild pitch and scored on Schultz’s single to RF. Collett singled to RF. John Rhodes flied out to RF, advancing Schultz to third, who scored on Kessler’s SAC fly to CF. UK 10, UL 5.

The Cats finally return home to Kentucky Proud Park for SEC play, welcoming LSU on Friday to open a three-game series. First pitch is set for 6:30 p.m. ET on SECN+. The radio call will be on the UK Sports Network.