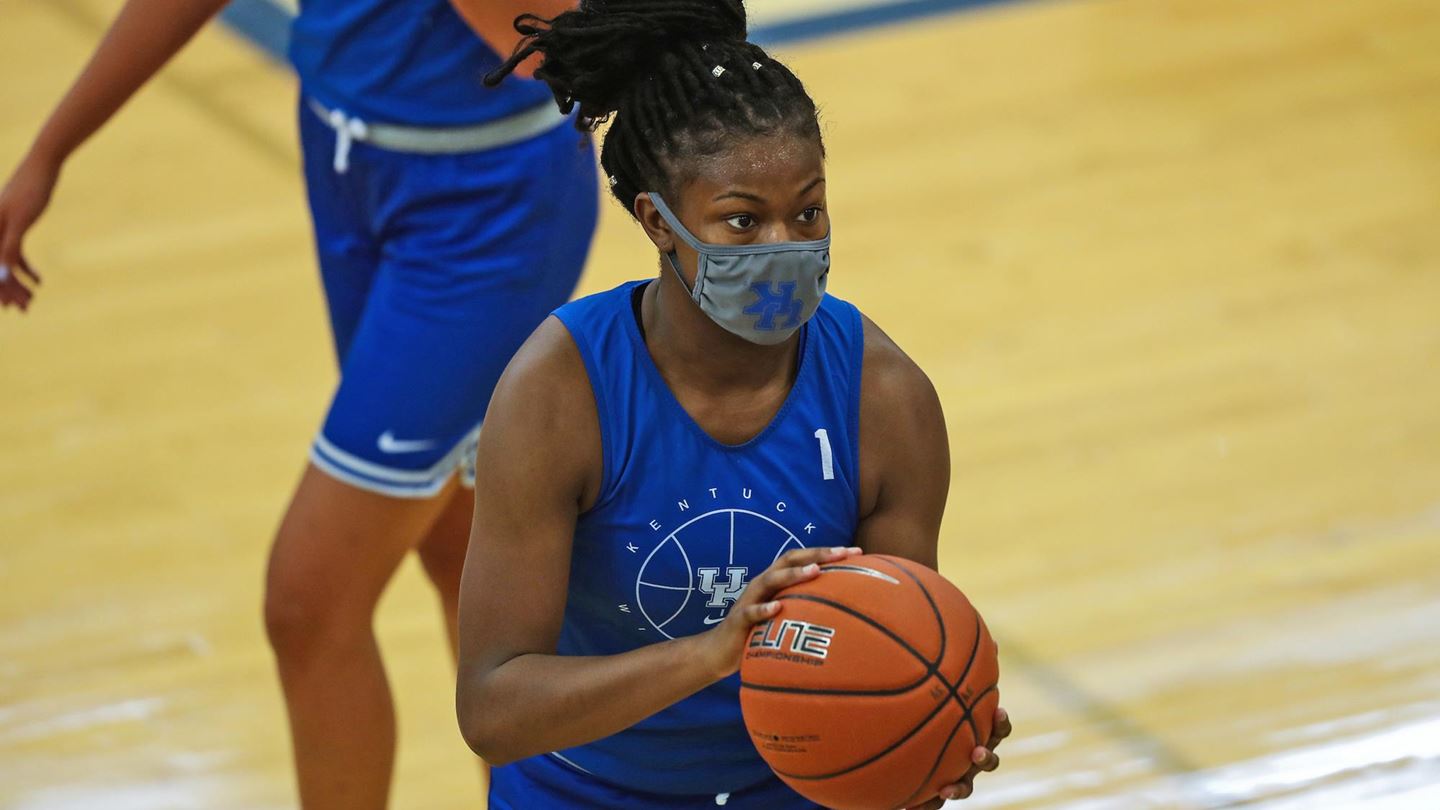 The NCAA has granted immediate eligibility to University of Kentucky guard Robyn Benton, making her eligible to compete for the Wildcats in the 2020-21 season, it was announced Tuesday.

Benton, who was an All-Southeastern Conference Freshman Team selection at Auburn before averaging double-digit points as a sophomore for the Tigers, transferred to Kentucky in April.

“We are so excited for Robyn,” said Kentucky interim head coach Kyra Elzy. “From the first day she stepped on campus, she has worked hard to improve her game. What I have been most impressed with is Robyn and Jazmine have both elevated the intensity and competitiveness of our practices. Robyn is an explosive guard, who can not only score but is an elite defender. She is in great shape and playing at an extremely high level. I can’t wait for Big Blue Nation to see her and the rest of the team play next week.”

Benton transferred to Kentucky after playing 52 career games at Auburn the last two seasons, earning All-SEC Freshman Team honors in 2018-19. As a rookie, she played in 32 games and averaged 5.8 points per game, while going 35-of-94 from long range and 24-of-34 from the free-throw line with 34 steals. A key moment during her freshman season was making the game-winning shot and free throw with 8.6 seconds left vs. Vanderbilt, earning her SEC Freshman of the Week honors. In her collegiate debut, she scored 16 points and hit three 3s vs. Grambling State, while she had 14 points and was 4-of-5 from 3 against Oklahoma and went a perfect 5-of-5 from long range against Elon.

Last season, Benton upped her numbers even though she missed the first nine games of the season due to injury. The guard played in 20 games with 14 starts, averaging 10.1 points per game with 27 3-pointers, 56 steals and 28 assists. Her best game came vs. Missouri where she posted a career-high 23 points, hitting three 3s with four steals and went a perfect 6-for-6 from the free-throw line. Benton also scored 15 points at South Carolina, hitting two 3s with two steals, while she had 17 points against Ole Miss with three treys. In all, Benton scored 10 or more points in 11 games and hit at least one 3-pointer in 16 of her 20 games played.

Benton was a five-star recruit and ranked as the No. 17 overall player nationally by ESPN.com entering college. The outlet also tabbed Benton the No. 6 guard in the class after an impressive high school career at Greater Atlanta Christian. The guard was the Georgia High School Association Class AAA Player of the Year and an Atlanta Journal-Constitution First-Team All-State performer as a junior, averaging 17 points and 5.7 rebounds per game. Benton also excelled in the club circuits, helping her team to Nike National Girls Championship in 2016 and Nike National Girls EYBL Platinum Championship in 2017.

The addition of Benton makes the Wildcats even deeper this season with a large portion of their production from last season returning. UK will bring back its top two, and five of the top seven, scorers from last season, while also returning its top two rebounders. Kentucky will also add Maryland transfer Olivia Owens, who was granted immediate eligibility by the NCAA earlier this preseason, 2019 Pac-12 Freshman of the Year Dre’una Edwards and a talented group of true freshmen.

No. 11 Kentucky is schedule to begin the 2020-21 season on Wednesday, Nov. 25 vs. Murray State. The Wildcats and Racers will tip at 1 p.m. ET inside Memorial Coliseum.