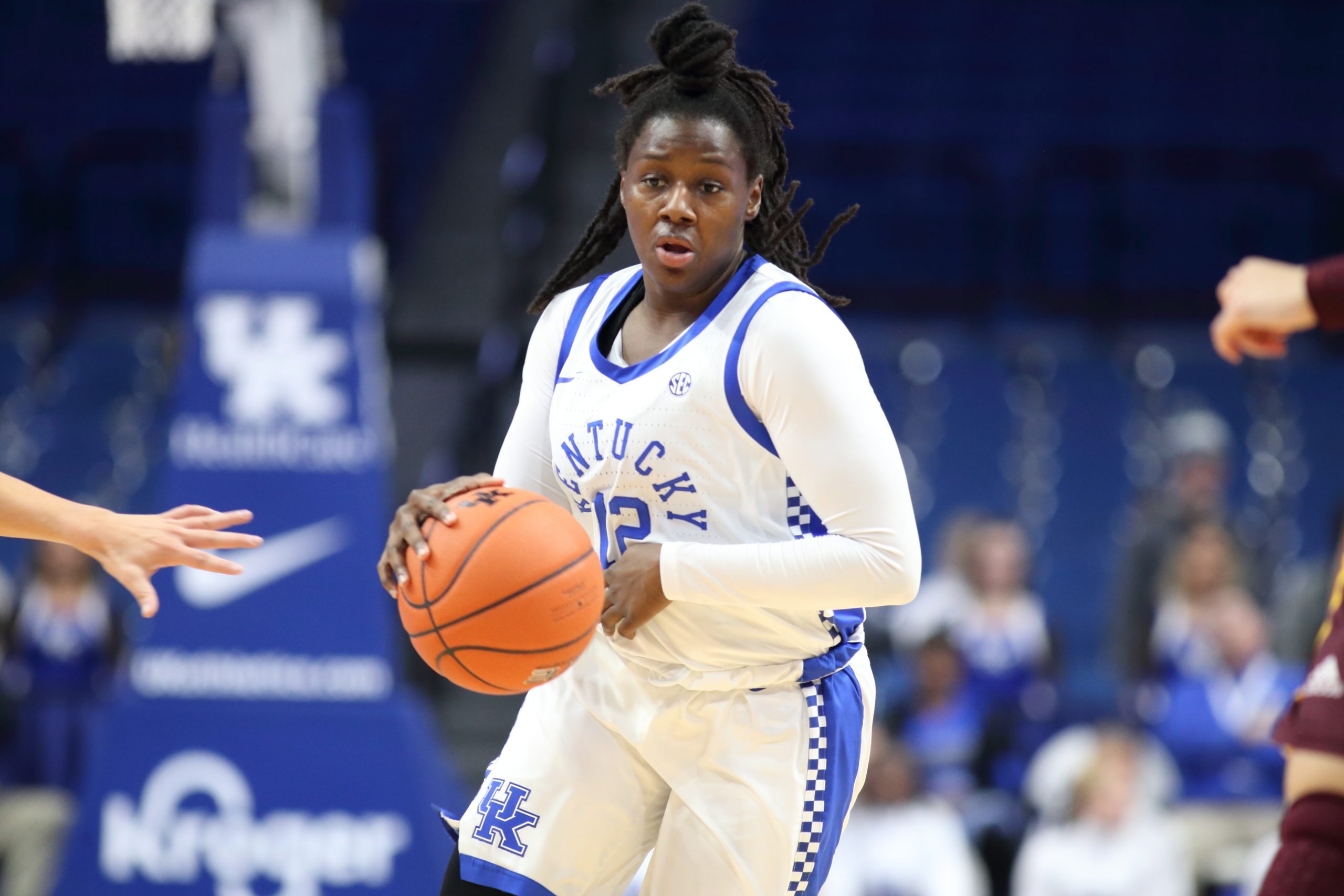 The No.14 ranked Kentucky women’s basketball team improved to 10-0 on the season after handling the visiting Winthrop Eagles (1-6) in a 91-36 beatdown at Rupp Arena before hosting No.7 Louisville on Sunday.

While it was a home game for the Cats, it was unfamiliar territory on Wednesday night. In the first of two games in Rupp Arena this season for the women, Kentucky faced off against the visiting Winthrop Eagles.

With the No. 7 ranked Louisville Cardinals set to come to town on Sunday, the Cats went into Wednesday night’s tune-up looking to continue their dominance, and they did just that.

Wasting no time, by time the clock expired in the first quarter Kentucky had already jumped out to a 20-point lead to end the period winning 32-12.

Yes, you read that right, 32 points and a 20-point lead in only the first quarter.

Senior guard Jaida Roper exploded for 15 first quarter points to lead the charge and was followed closely by Sophomore guard Rhyne Howard who finished with 9 in the quarter.

From there it only got better, or worse if you happen to be a Winthrop Eagle fan.

On their way to a 54-18 halftime lead, their largest of the game up to that point, Kentucky shot an outstanding 69% on 11 of 16 from three and forced 23 Eagle turnovers.

Coming out of the break, it was more of the same with the Cats lighting up the scoreboard and staying hot from beyond the arc, taking a 70-30 lead at the end of the 3rd period.

Kentucky was led in scoring during the quarter by sophomore guard and Eastern Kentucky native Blair Green, who went a perfect 3/3 from the field to put up 6 points in the period.

In the 4th quarter Coach Mitchell seemed to have called the dogs (or Cats) off, as Kentucky seemed to be on cruise control to close this game out.

The Cats closed out a 91-36 victory over the eagles and were led in scoring by Jaida Roper who tallied a new career high of 30 points.

With an incredible performance, Jaida tallied her 30 on 12/13 shooting and 92% from the field, tying the 3rd best FG percentage by a Cat in program history. Roper also snagged 3 rebounds and dished out 4 assists in tonight’s outing.

“I was just real focused and feelin’ pretty good, I came in early and got some shots up and you know maybe I ate something good for lunch today you never know” stated Jaida when asked about her career setting night.

After asking about the upcoming matchup with the Cards, Junior Forward KeKe Mckinney stated that “we’re not going to worry about Louisville, it’s just another game for us and we are just going to go out there and play some Kentucky ball and do what we do.”

No. 14 Kentucky improved to 10-0 on the season with the 91-36 victory and will take the court again this Sunday in Rupp Arena as they play host to the visiting No. 7 ranked Louisville Cardinals.