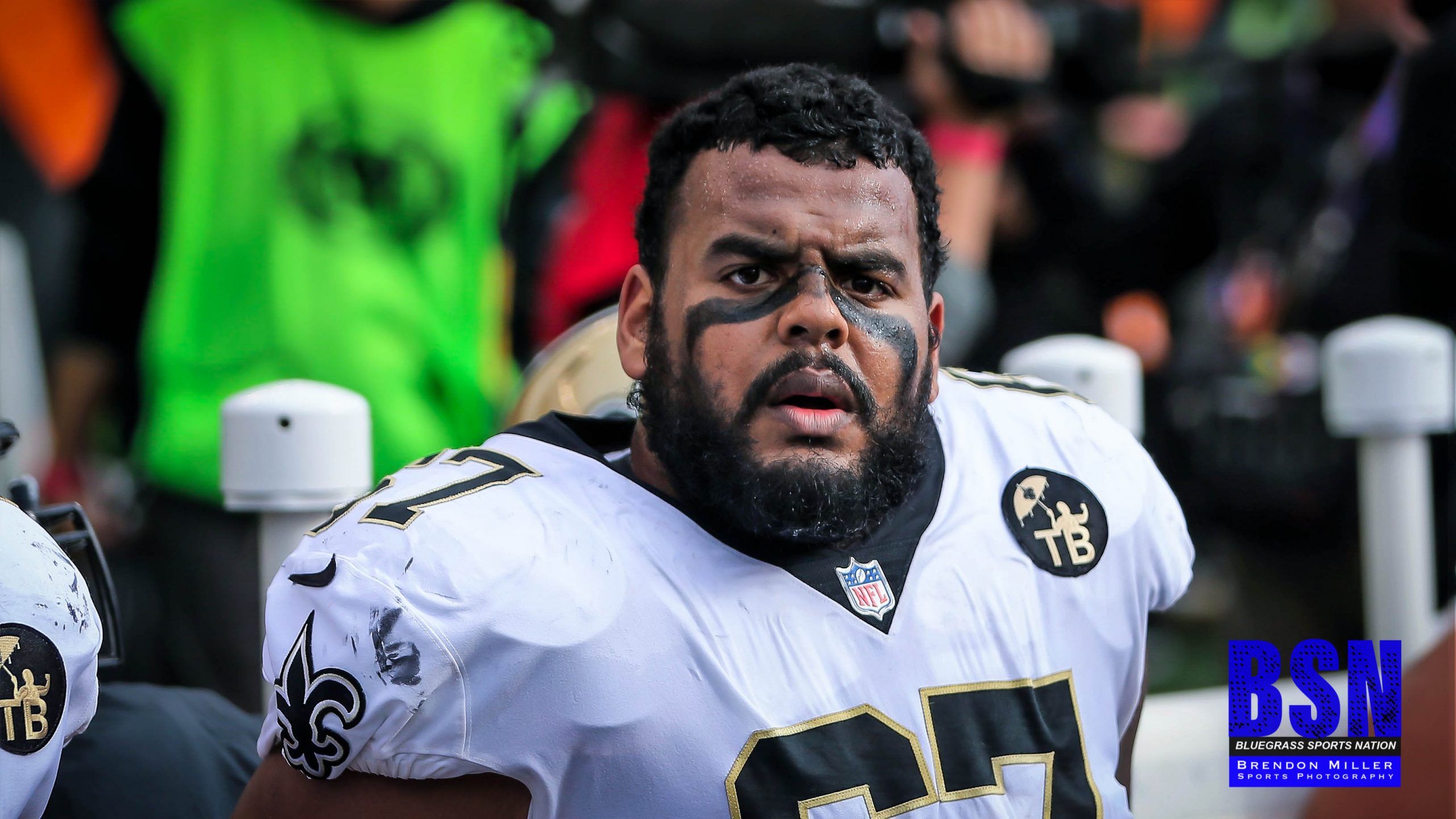 New Orleans has released former Kentucky and Madison Central standout Larry Warford. The move came Friday evening and makes Warford one of the top Free Agents on the market.

Warford bid farewell to NOLA via twitter on Friday:

Warford, who turns 29 next month, made the Pro Bowl in each of his three seasons with the Saints after they signed him away from Detroit with a four-year, $34 million contract in 2017. Warford began his career as a third-round pick with the Lions in 2013 and became an immediate starter. He has started 101 regular-season games, including 44 over the past three years in New Orleans. He also started five playoff games with the Saints.

Warford was a Standout at Kentucky, being named Second Team All-SEC in each his Sophomore, Junior and Senior years from 2010, 2011, and 2012 for the CATS. Warford was First-Team All-State at Madison Central his Senior year before heading to Lexington.

It became evident New Orleans was considering a change after it re-signed left guard Andrus Peat to a lucrative extension in free agency and selected Cesar Ruiz with the 24th overall pick in last month’s Draft.

The Saints created some much-needed cap room with the move after starting the day with less than $4 million in salary-cap space. Warford was due a base salary of $7.65 million in the final year of his contract, and he already received a $750,000 roster bonus earlier this offseason and was due a $100,000 workout bonus. Warford’s contract will still count as $5.125 million in dead money against the cap.

Cincy should sure use a right guard to benefit the Joes’, Burrow and Mixon!

Warford should have plenty of suitors on the Market.