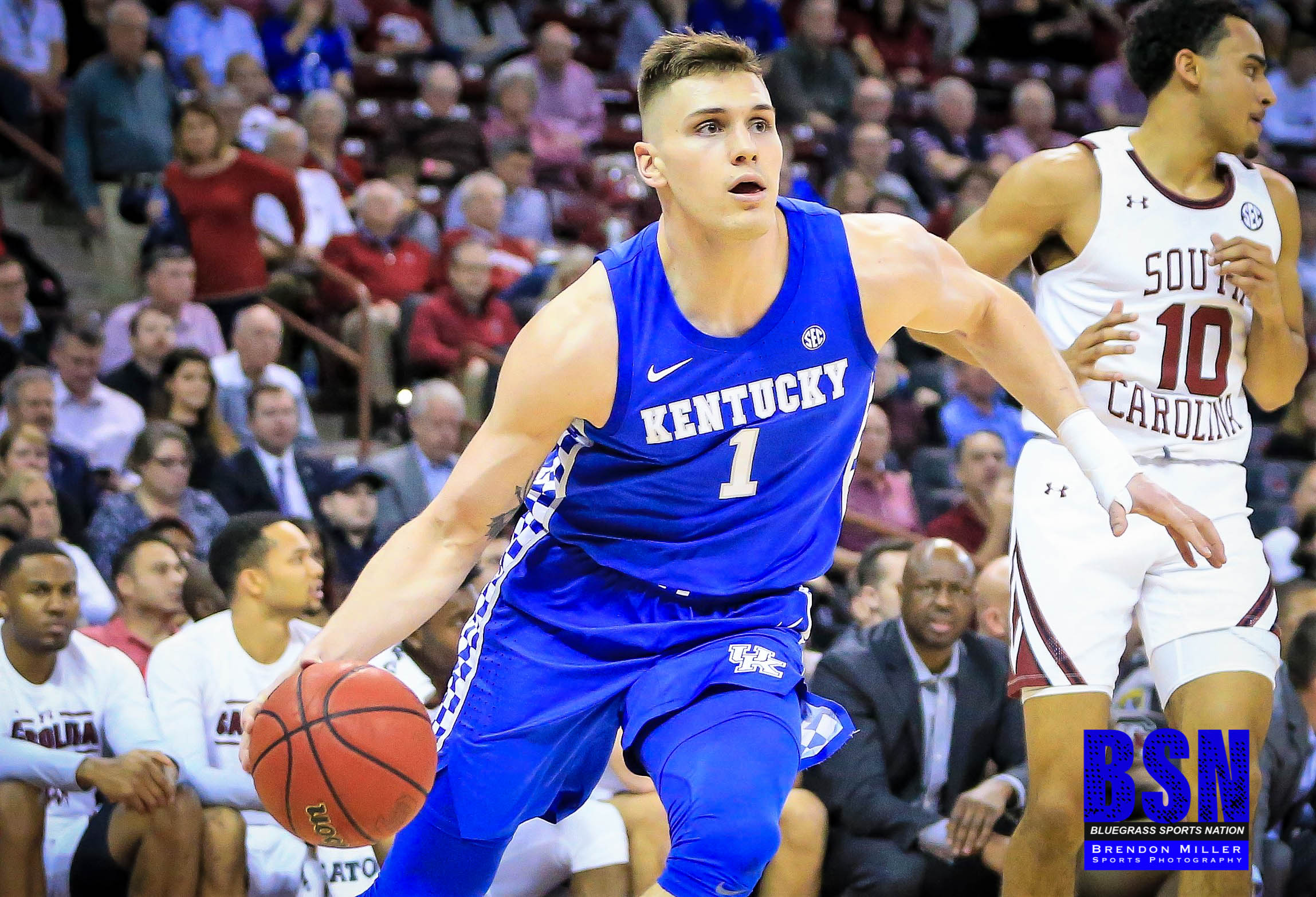 Throughout his collegiate career, Sestina has been a mainstay in the community. In his lone season at Kentucky, he has participated in packing lunches, distributing to a local school and playing backyard games with a local elementary school as a part of God’s Pantry.

Sestina was a part of serving Thanksgiving dinner to the Salvation Army and participated in a Samaritan’s Feet project. The Pennsylvania native is known to visit local elementary schools and read to the students. He’s also been a part of the campus clothing swap, in which he helped collect new and gently used clothing items to donate to Central Kentucky’s YMCA. He’s also the men’s basketball representative on the Student Athletic Advisory Committee.

Sestina’s work at the community didn’t begin at Kentucky. One of his favorite projects during his four-year career at Bucknell involved coordinating and executing a local marathon with other student-athletes. Sestina is also active at home while he is visiting family during his breaks from college. He can often be found offering motivational talks to the football and basketball teams at his former high school and reads at the local elementary school.

The graduate transfer also volunteers at his church, where he packs and organizes donations and distributes the items to families. During the holiday season, he joins his family in singing carols and helping decorate at The Manor, a local assisted living facility.

Sestina earned an undergraduate degree in geography from Bucknell University in May. He was also a 2019 Patriot League Academic Honor Roll member his senior season and was a member of the dean’s list. At Kentucky, he is pursuing a master’s degree in sport leadership.

On the court, Sestina has played a major role in Kentucky’s 24-6 season that has led to the regular-season SEC championship. Sestina, considered one of UK’s team leaders for his floor presence and energy, is averaging 5.6 points and 3.7 rebounds per game. He’s scored in double figures four times with a double-double vs. Eastern Kentucky.

Recently, with an 11-point, eight-rebound game at LSU, Sestina eclipsed the 1,000-point marker for his career.

At Bucknell, he was a Second Team All-Patriot League and PL All-Tournament Team selection his senior season despite not starting a single game prior to his final season at Bucknell. Adding to his successful senior campaign, he was a National Association of Basketball Coaches All-District Team selection. He ranked second on the team and sixth in the Patriot League in scoring at 15.8 points per game.

Sestina was one of 30 initial candidates for the 2020 Senior CLASS Award, which honors student-athletes of high character for their efforts in the community, classroom and in competition.