Sestina, Wildcats not getting caught up in the hype of Louisville rivalry 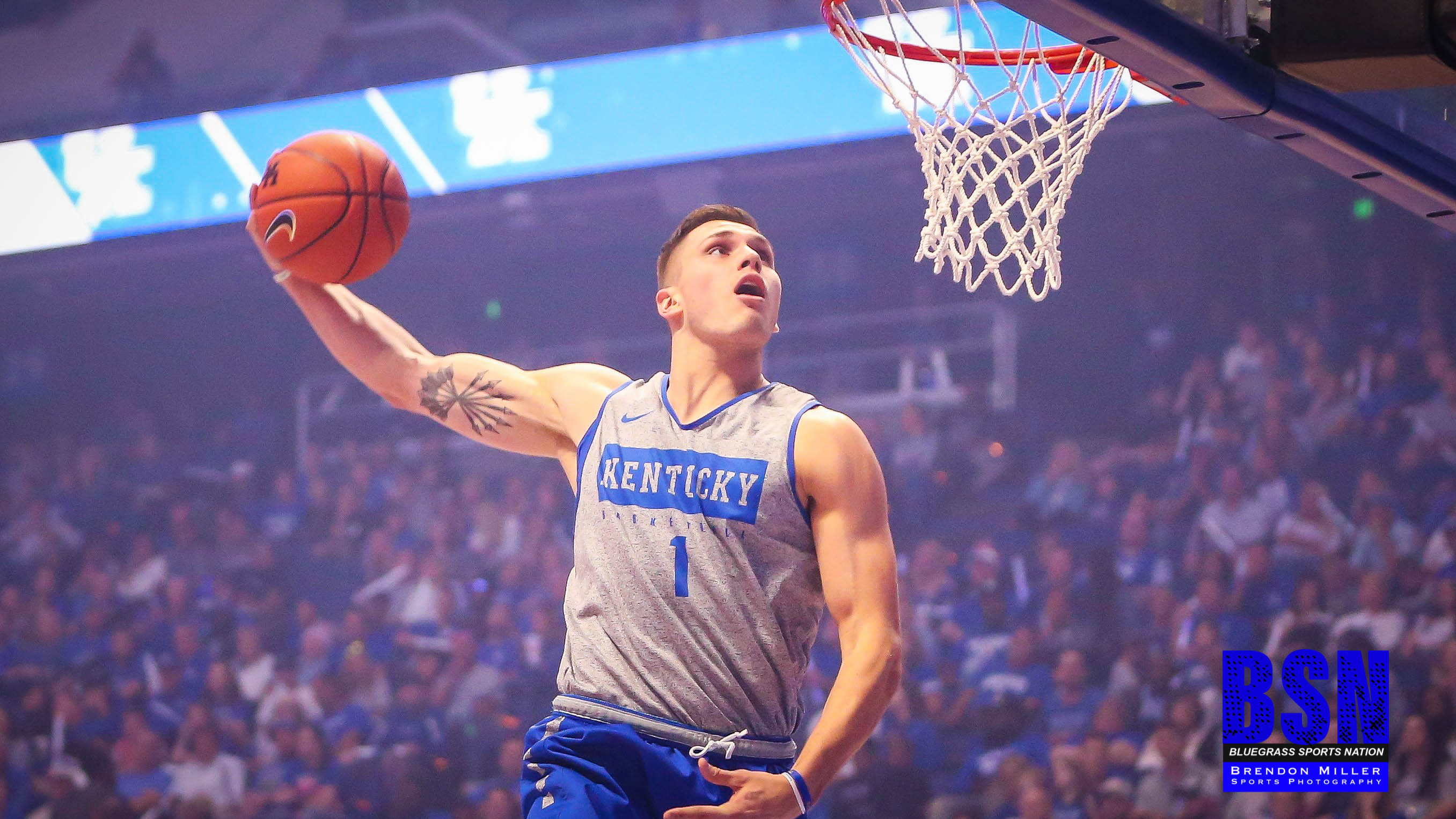 Nate Sestina understands about rivalry games and is taking a business-like approach in his first outing against Louisville Saturday.

Although the chatter will be loud leading up to the contest, Sestina doesn’t plan on getting caught up in the hype.

“It’s obviously a big deal for everybody here and it’s a big deal for us, too,” Sestina said. “I’m trying my best to just let all that stuff go and just focus on us and not listen to anything outside of the team. And that’s not a dig at any of the fans or anything — it’s just that you kind of have to focus in on us because if you let outside stuff get in, it’s going to kind of disassemble the team and I don’t want that to happen.”

The 19th-ranked Wildcats (8-3) have spent the past five days celebrating Christmas and regrouping from back-to-back losses to Utah and Ohio State respectively in Las Vegas. Kentucky coach John Calipari said Friday he’s still in the midst of figuring out his squad. He said the post-Christmas practices have “been better” and wants the players to build their confidence through demonstrated performance.

“People start doubting your team and doubting individual players, and my job is to build them up and get them going and getting them in spots where they can have success,” he said. “(I) haven’t done that yet. That’s on me. But I cannot battle for them. I can try, but if I get too far out on the court, they’ll call a technical on me. So I cannot battle (for them). I cannot fight (for them). … All of these games are challenges for these guys.”

Although Las Vegas was a downer, Sestina said the Wildcats haven’t lost their competitive edge.

“We’re all competitors, so it’s more of a competitive thing than it is a pressure thing,” Sestina said. “Guys just want to win. That’s why we came here. This school speaks for itself and the guys who come here speak for themselves as well. They’re all winners and that’s really what they want to do.”

Like Kentucky, Louisville (11-1) spent a week No. 1 in the Associated Press Top 25 before a loss dropped the Cardinals from the top spot. Louisville has won two in a row since a 70-57 setback to Texas Tech on Dec. 10. Louisville carries a two-game winning streak into the yearly showdown between the two in-state rivals.

“They run their stuff,” Calipari said. “I’ll tell you what they really do is defend. They really guard and give you tough looks, and you’ve had teams scoring 40 against them. So, it’ll be a hard game for us. I don’t care where it’s played. The good news for us, and I keep saying it, it’s December. It’s not a make or break.”

Calipari said Louisville’s leading scorer Jordan Nwora (21.2 points per game) will be a primary concern for his team as well as the Cardinals’ defense.

Calipari said the Wildcats have been fighting and competing in the past few games, but finishing has been an issue for his squad.

“We could be 11-0 and so now you say why? Well, the finish of those games (we lost),” he said. “You just think about it. All of the finishes, they get a great shot, we get bad looks, and we’re more, ‘I’m going to get this myself.’ We’ve got to get out of that. We’ve got to trust each other more. But the fight of this. you know. The shooting, I think we’ll get better. I’m not concerned about that.”

“We’re just working on it every day,” he said. “It’s still the beginning of the season. We’re still working to know each other and things like that. But we have to get better coming up fast and just get ready for the next game.”