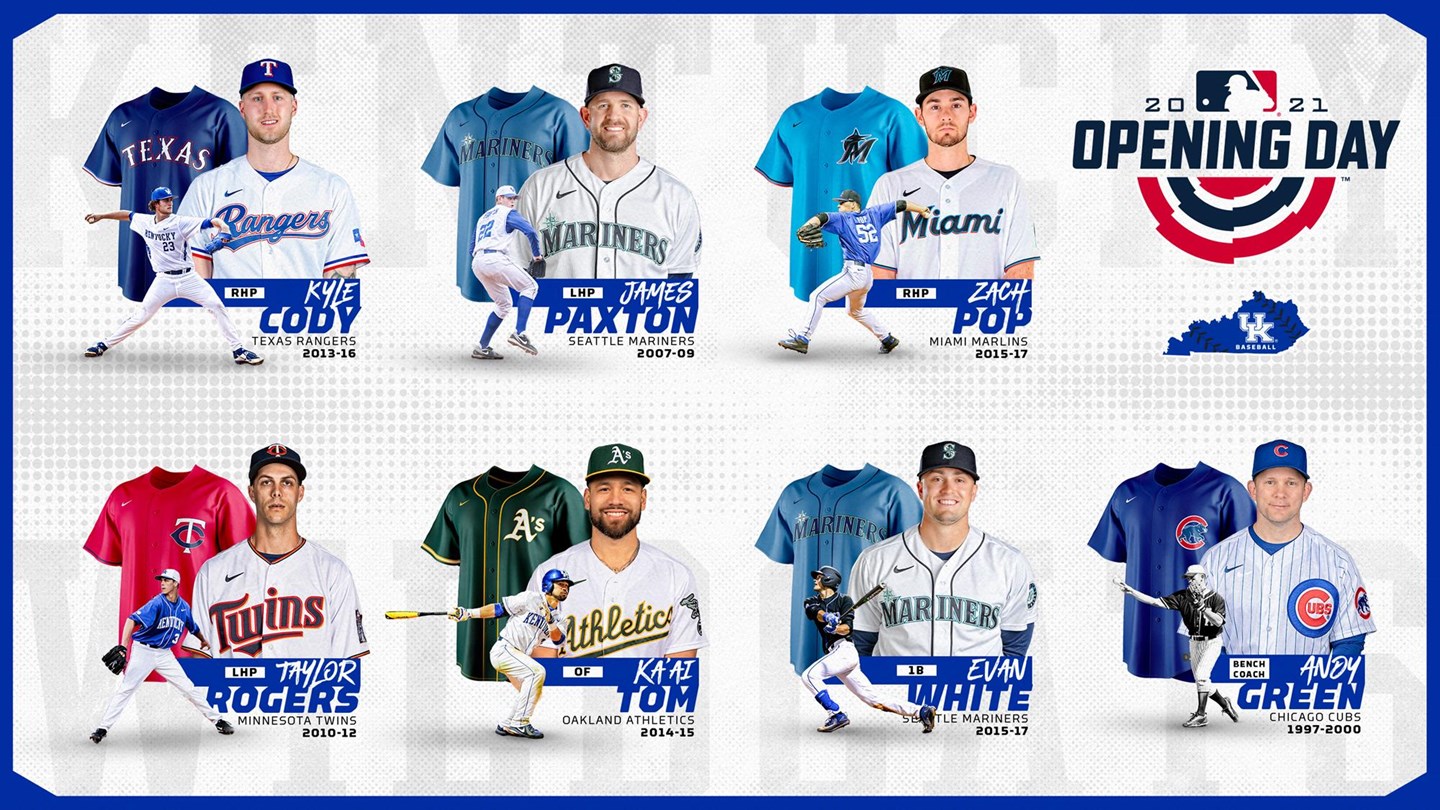 LEXINGTON, Ky. – Six former Kentucky baseball stars are on Major League Baseball rosters as the 2021 season hits Opening Day on Thursday, including two who are set to make their MLB debut.

Pop and Tom have made the MLB roster for the first time and are set to make their debut in the big leagues. Pop, who starred at UK from 2015-17, has been dominant in the minor leagues, pitching to a 1.34 earned run average in 80.1 innings, allowing just 48 hits. He was drafted by the Los Angeles Dodgers and traded to the Baltimore Orioles as part of the deal for superstar Manny Machado, then underwent Tommy John surgery in 2019. He was selected in the Rule 5 Draft and added to the Marlins’ 40-man roster, then pitched 5.0 scoreless innings in spring training to earn a roster spot.

Tom, who was an All-SEC selection in 2014, spent the last five seasons in the Cleveland Indians organization before Oakland plucked him in the Rule 5 Draft. He had a breakout season across two levels in 2019, batting .290 with 27 doubles, 10 triples, 23 home runs and 86 RBI.

In the abbreviated 2020 season, Cody and White each made their debut, with White winning the American League Rawlings Gold Glove Award as a first baseman.