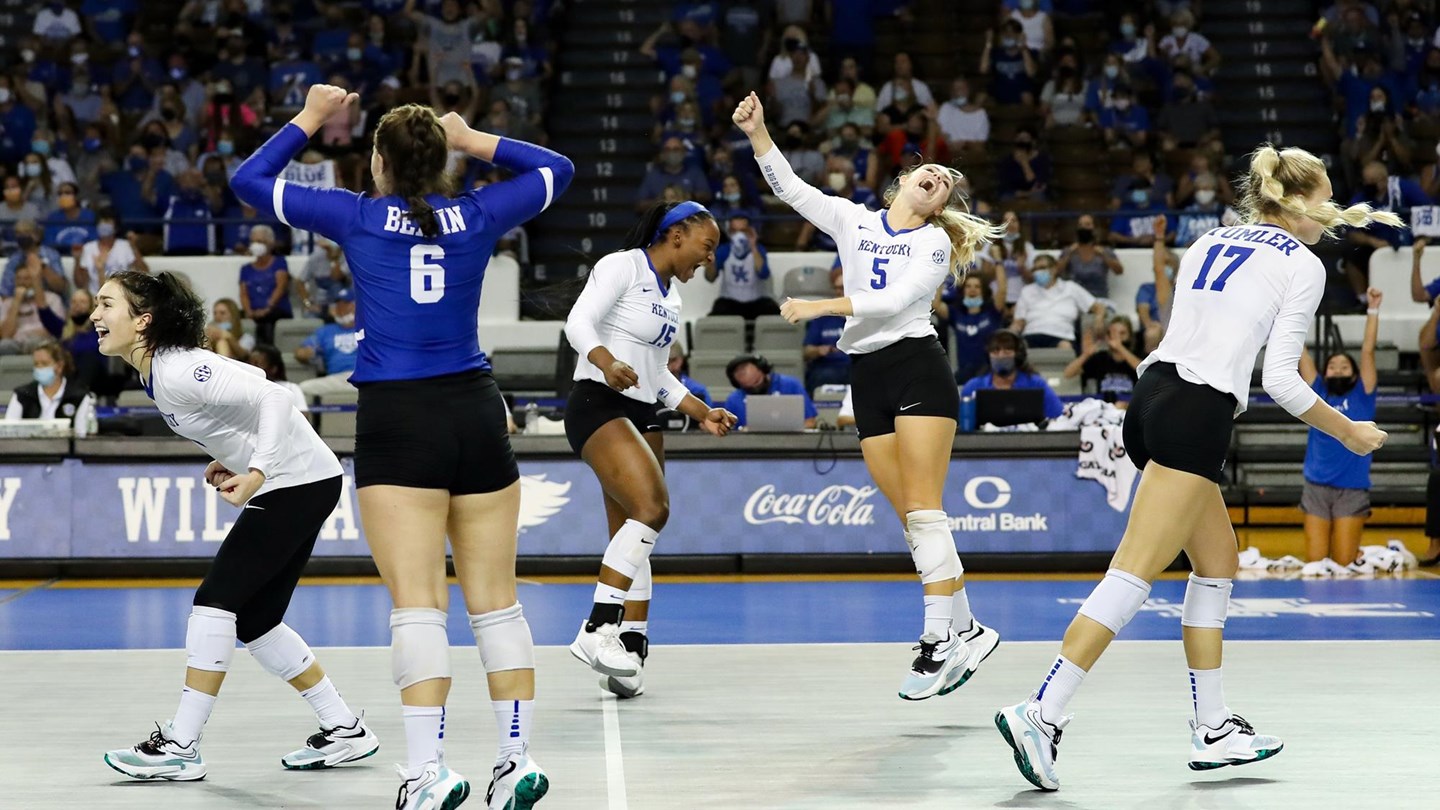 Skinner’s 24 kills were a new career-high, as she terminated the final three points of the match, including the last two from the back row as the Wildcats picked up a key non-conference win over the Cardinal in front of the eighth-largest crowd in program history.

Freshman setter Emma Grome had a new career-high 58 assists for the match and pulled the strings on the UK offense to the tune of a .304 hitting percentage. Grome, from Loveland, Ohio, also had seven digs, three kills and two blocks to turn in one of the most complete performances of her young career.

Junior Azhani Tealer had a career-high tying 18 kills in the match, hitting .412 with two critical aces and five blocks, including one solo stuff. Senior Alli Stumler had her second-straight double-double on Sunday, logging 10 kills and 15 digs. Her 15 digs tied a season high set Wednesday night.