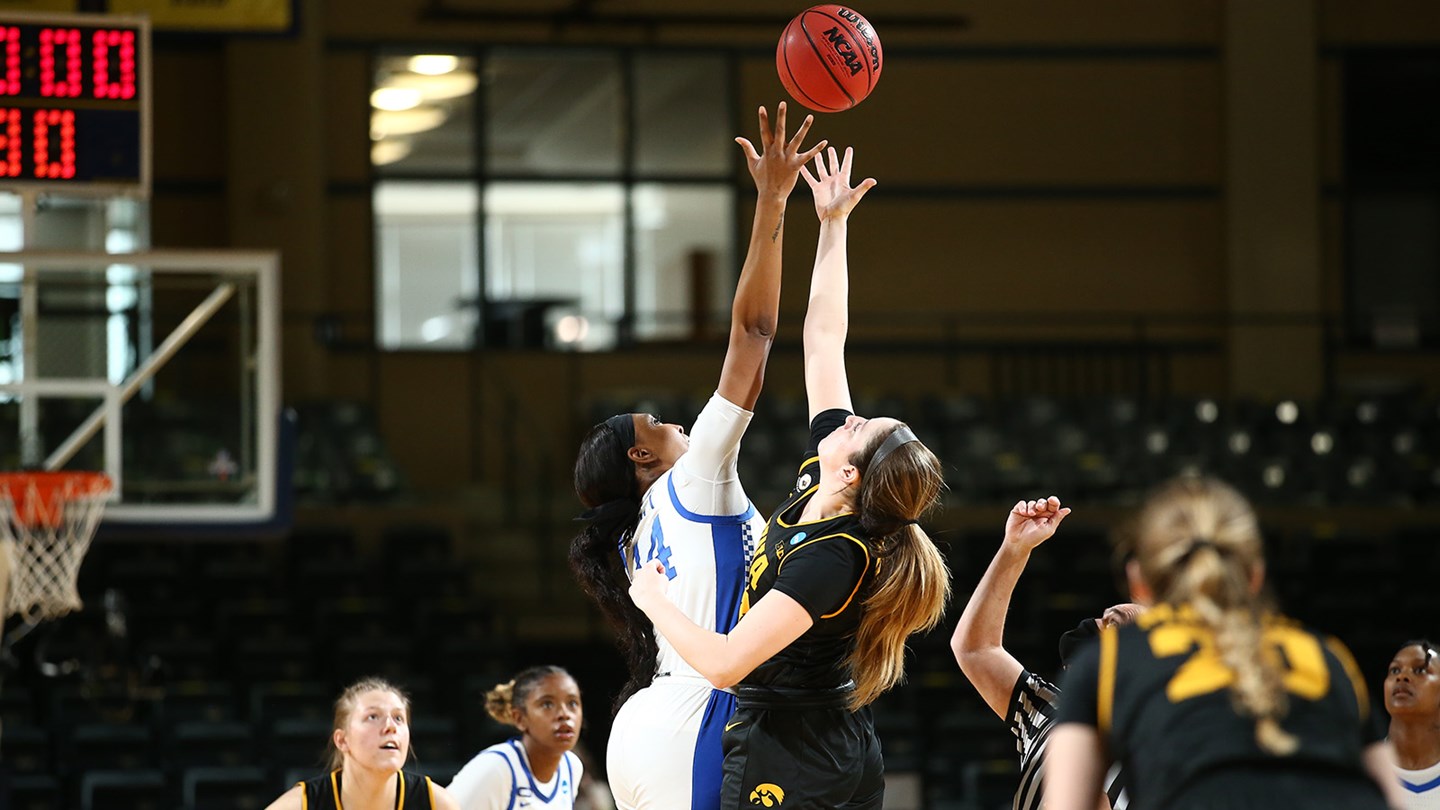 SEC Player of the Year Rhyne Howard scored 28 points, had eight assists and five rebounds but the fourth-seeded Kentucky women’s basketball team lost to fifth-seeded Iowa 86-72 on Tuesday in the second round of the 2021 NCAA Women’s Basketball Tournament.

Dre’una Edwards had 16 points and five rebounds for the Cats, while Jazmine Massengill had 10 points, four rebounds and two assists.

Iowa (19-8) got off to a quick start in the game, hitting three of its first five from the field and taking an early 7-0 lead. The Hawkeyes would eventually lead 11-0 as Kentucky missed its first eight shots from the field. The Cats finally got on the board when Blair Green hit a contested jumper with 5:21 left in the first period.

Kentucky would chip away at the deficit, getting layups from Edwards and Green, getting within seven at 15-8. But Iowa All-American Caitlin Clark hit two threes down the stretch, while Edwards hit one for the Cats, making it 21-11. Iowa would lead 23-11 after 10 minutes of play.

Iowa extended the lead early in the second quarter on a Kate Martin jumper, making it 23-11. After Kentucky got a Jazmine Massengill basket, Iowa ran off seven in a row, capped by a Clark three, to take a 32-13 advantage and force a UK timeout.

After Iowa grabbed a 34-13 lead, Howard hit her first field goal, a three-point basket, to cut the lead to 34-16. But Clark immediately answered with a three of her own, giving the Hawkeyes a 34-16 advantage with 5:18 left in the half.

In the third quarter, the teams would trade baskets three times, as Iowa maintained its 27-point lead, 55-28. But Kentucky would made six straight free throws to make it 55-34 with 6:33 left in the period. Edwards would hit a right corner three, then Massengill would convert a layup to get the Cats within 55-39 with 4:48 left in the third.

In the fourth quarter, Kentucky was able to get within 14 points late in the game but could get no closer.

Clark would lead all scorers with 35 points.

Kentucky finishes it season at 19-10.