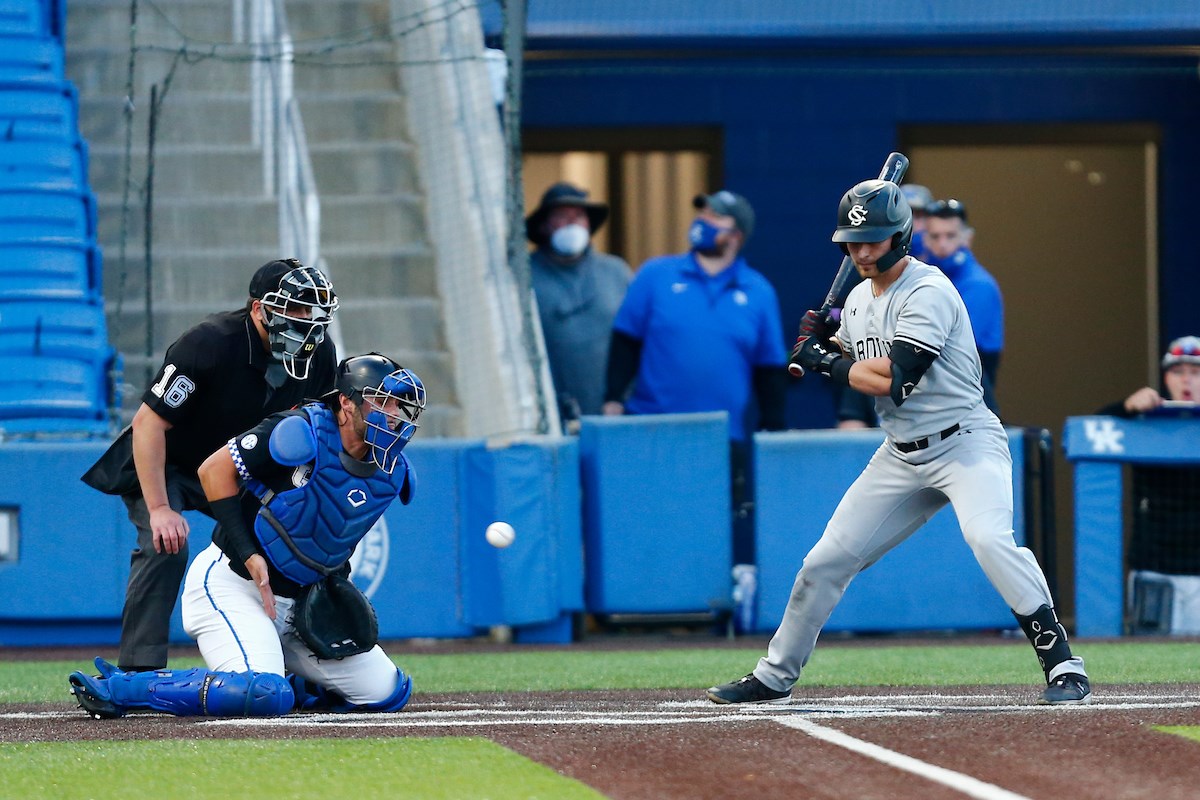 Kentucky pitchers allowed 12 walks in 12-6 loss to No. 20 Gamecocks

Known for its thump, South Carolina instead used small ball to score a 12-6 victory over Kentucky in the opening game of a critical Southeastern Conference series at Kentucky Proud Park.

The first three Gamecocks to come to the plate reached on singles, including a bloop and an infield hit, as Kentucky fell behind 4-0 before taking its first hacks of the game. Having hit 67 home runs on the season, the Gamecocks (29-18, 13-12 SEC) utilized walks and wild pitches as well, slowly taking control of the proceedings.

The Wildcats (27-18, 11-14) battled back into the game with a three-run third innings on back-to-back two-out doubles by Coltyn Kessler and Oraj Anu, giving themselves a chance by slicing the deficit to one. For Kessler, it continued a sensational season that should garner support for various all-america teams.

The momentum was short-circuited in the next half inning after the bottom two hitters in the South Carolina order reached to open the inning, eventually coming around to score as the Gamecocks answered with three runs of their own.

The Cats mounted one more surge, plating three in the seventh on a two-run single by Anu and Kessler’s hustle to score from third on a wild pitch but a strikeout and pop out left two in scoring position and ended the threat.

Top 1st – Allen singled up the middle on the game’s pitch. Eyster blooped a single to RF. Both runners moved up on a wild pitch. Clarke reached on an infield single, Allen scored, Eyster to third. Sightler singled to RF, Eyster scored. Wimmer tripled into the RF corner, scoring two. South Carolina 4, UK 0.

Kentucky hosts No. 20 South Carolina again on Saturday at Kentucky Proud Park. First pitch is set for 2 p.m. ET on the SEC Network Plus. The radio call will be on the UK Sports Network.