Sperry Pours in 29, Bobcats Down Letcher to Win Fourth Straight 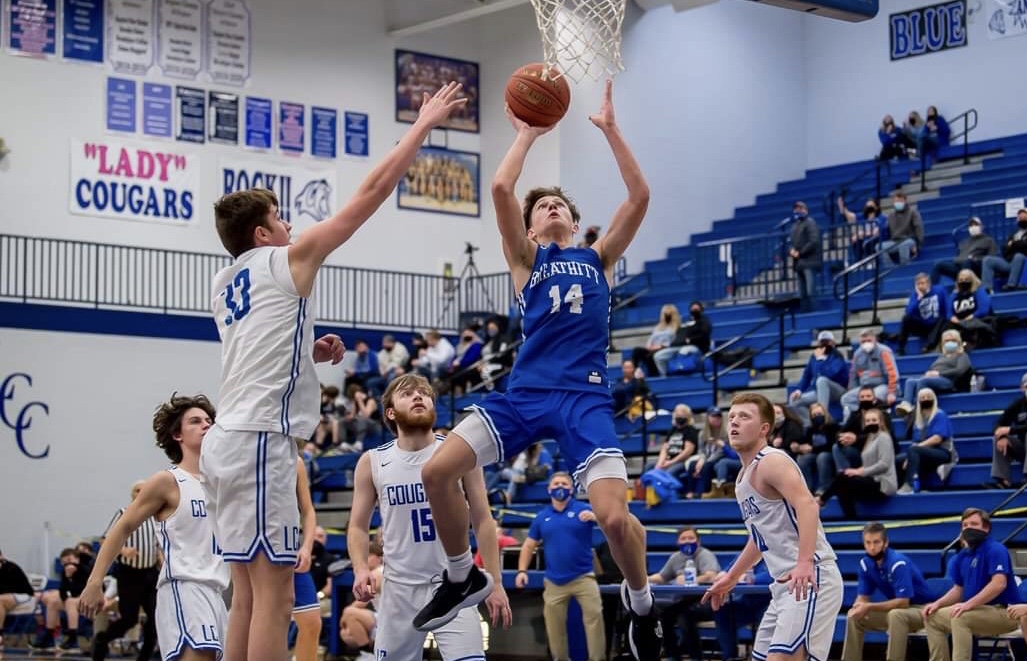 Breathitt took the trip down Highway 15 to Whitesburg on Thursday night for their second game in two nights coming off their 52-46 win over Estill on Wednesday Night. Fabulous Breathitt County Freshman, Austin Sperry put on a second half show with 23 in the half as the Bobcats erased a five point half time deficit to get the road win 71-64.

1st QUARTER
The Cougars took a lead to the end of the period behind the offensive efforts of Bodie Bentley with seven and Joby Johnson with four. Breathitt Sophomore Bryce Hoskins was the offense for the Bobcats in the period with nine including a 3-pointer. End of the 1st, Letcher had the advantage 13-12.

2nd QUARTER
Letcher again out scored the Bobcats with Bentley adding six for 13 in the half, while Isaiah Adams knocked down a 3-pointer and Kaden Adams, Nigel Nichols and Johnson each had a bucket. Sperry had four and Luke Bellamy connected on his only 3-pointer of the game. At the half, the Cougars led 30-25.

3rd QUARTER
The Bobcats went to Sperry in the 3rd and he answered the call with 13, including two 3-pointers, as Breathitt would out score Letcher 25-9 in the quarter. Letcher got four from Kaden Adams. Headed to the final period, Breathitt jumped in front by double-digits, 50-39.

4th QUARTER
Bentley finished off his team-high 23 with 10 down the stretch including eight of eight from the line. Nichols had eight and Luke Goins four. Breathitt closed out the game by connecting on 10 of 16 from the line with Sperry hitting five of six.

Breathitt continues their stretch of 14th Region matchups as they hit the road again on Saturday Night and head to Hyden to take on the Leslie County Eagles.