Stoops Hopeful CATS Can ‘Put It All Together’ Against Volunteers 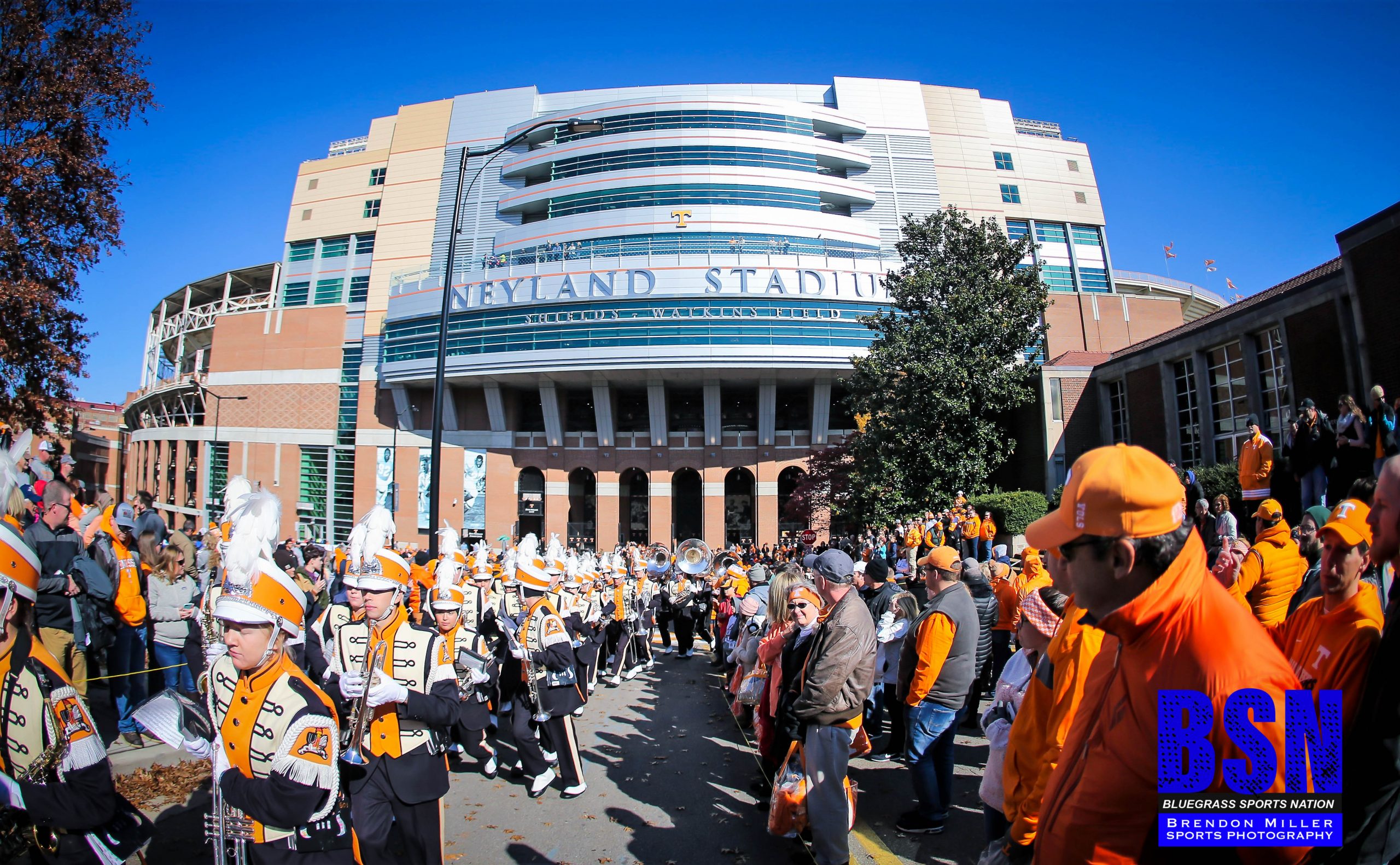 Mark Stoops is hopeful Kentucky can strike a balance when the Wildcats take on Tennessee Saturday in Knoxville.

The Wildcats (1-2) used a stellar defensive performance to hold off Mississippi State 24-2 last weekend, picking up the slack from the offense, which managed just 157 yards against the Bulldogs. In a 42-41 overtime loss to Ole Miss the previous week, Kentucky rushed for 408 yards and piled up 559 yards of offense against the Rebels.

The unexpected offensive issues are correctable, Stoops said, noting the team’s defensive turnaround from the previous week. He hopes the team can put it all together against the Volunteers.

Kentucky offensive coordinator Eddie Gran took the blame for the poor showing against the Bulldogs and agreed with Stoops the mistakes can be corrected.

“It starts right here with me — always,” he said. “When we play, you know, poorly, it goes down to us. And as coaches, you know, you go and you find out what can be fixed. We need to get into a rhythm. We had a chance to get into a rhythm, you know, technique, fundamentals, throw, catch. When we do that, we’re in pretty good shape. And we had our opportunities.”

Although the offense didn’t perform as expected last week, Stoops said the Wildcats “improved a great deal between the opener and the third game.”

“We’ve got to continue to do that and we really have to do that across the board,” he said. “You’re not alone. This is going to be a grind and you just got to hit the reset button each week and you got to take it each week as just try to go 1-0 each week and, win or lose, put that game behind us and learn from our mistakes and move on.”

Tennessee coach Jeremy Pruitt, 2-0 against the Wildcats, is aware of Kentucky’s offense, especially the ability to run the football. In last year’s 17-13 win over the Wildcats at Kroger Field, the Volunteers gave up 300 yards rushing but used a goal-line stand in the final two minutes to get the win.

Pruitt added the Wildcats could “very easily be 3-0” going into this week’s contest between the two conference rivals.

“They’ve been one of the better teams in our conference for the last several years,” he said. “They’re committed to running the football. They believe in their plan. They’re a physical team that’s disciplined. They play well together. It will be a tremendous challenge for us.”

The Volunteers (2-1) opened the season with victories over South Carolina and Missouri , but suffered a 44-21 loss at No. 3 Georgia last week.

“They are getting better at each level and they are an improved football team, so we are looking forward to the challenge,” Stoops said.